Well done to Usain Bolt with his Olympic record breaking performance on Sunday night. We were all on the edge of our seats watching. I only wish that Tyson Gay had got third place over Gatlin, especially after the finish was soooo close! 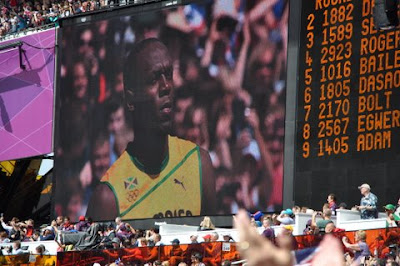 I was lucky enough to go to the Olympic Park to watch some of the athletics on Saturday morning, including the 100m qualifying rounds! We saw all the big names, as well as the ‘also rans’! It was so exciting watching the heats live; they seem even faster in person than on the TV. 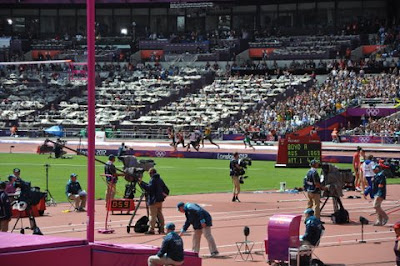 We were also lucky enough to see the Heptathlon long jump and javelin finals, meaning that we saw Jessica Ennis in her second to last 2 events. She got a PB in the javelin and came second in the long jump. She is such an amazing athlete, and performed so impressively at the Olympics despite the enormous pressure that has been put on her. 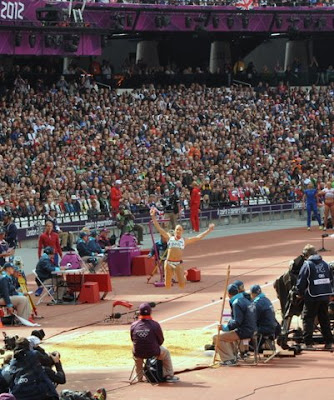 We were sitting right by the pole vault, which isn’t an event I have watched much of before, but it was great to see it up close. The athletes have to be fast, strong and so flexible. This is definitely not an event I would be any good at! 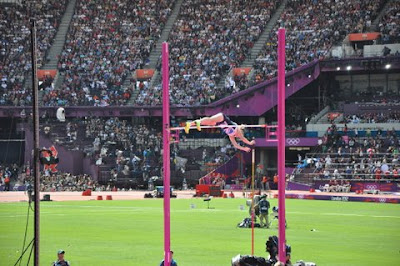 Another highlight of our Athletics session was that we got to see the Blade Runner aka Oscar Pistorius in his 400m qualifier. He is the first Paralympian to compete in the Olympic Games. There has been a fair amount of controversy surrounding his entry, with some people thinking that the ‘blades’ give him an advantage. Whilst I’m not sure whether or not this is true, he achieved the qualifying time and therefore was allowed to compete. He did look like he was struggling to keep up with the others in his heat, but he really shone during the back straight. Unfortunately, he was later knocked out in the semi’s. What he has achieved is amazing, however I do feel like he should have had to choose between competing in the Olympics or the Paralympics, and shouldn’t be allowed to compete in both! 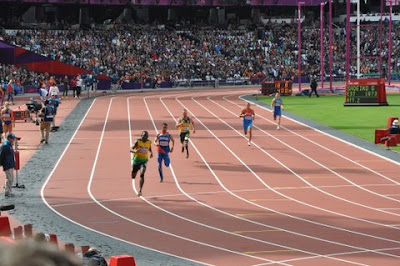 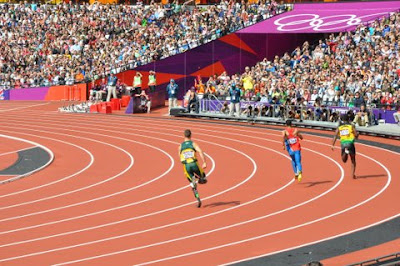 Obviously you can’t visit the London Olympics without getting some stash! My cousin Rob and I went to the shop beforehand to try to get some nice tops, but ended up having to buy this random polo from a stall right by the stadium. I went back later and bought an awesome Stella McCartney Team GB running top. 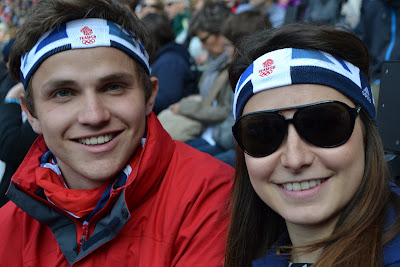 On Sunday morning, some friends and I went to watch the Women’s Olympic Marathon race. The route was a 3 lap course around Pall Mall, the Embankment and around St Pauls. There we big crowds, despite the weather forecast. We managed to get a spot right on the railings by the water stations. 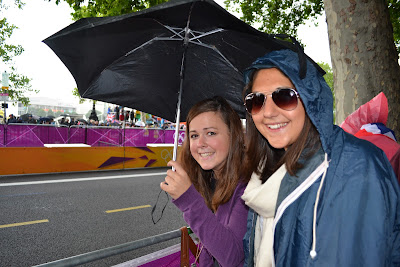 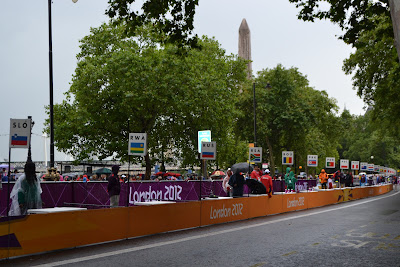 Unfortunately the forecast was right and we got thoroughly soaked. 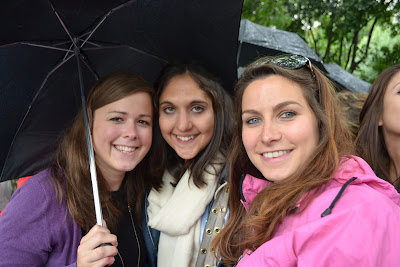 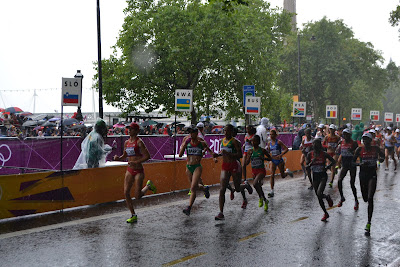 We cheered the runners past once, then bailed as we were all uncomfortably wet! I wish I had worn my wellies. I headed home to watch a lot more Olympics on tv from the comfort of my sofa! 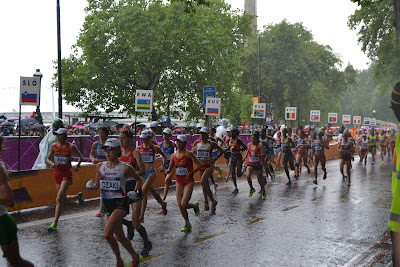 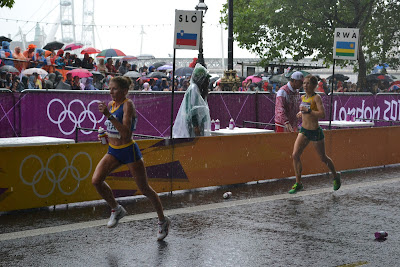 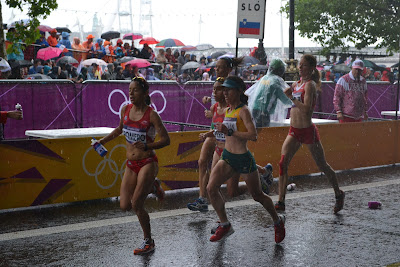 I am loving the Olympics and will be so sad when they’re over next weekend. I feel like I have had constant goosebumps, and have cried a couple of times, including whilst watching Andy Murray win Gold in the Men’s Tennis finals against Federer, and when Mo Farrah won the Men’s 10,000m. So proud to be British!!