Wow, watching the London Marathon yesterday brought back a number of memories from my first marathon there in 2012. Whilst cheering from the sidelines, I wished that I was running the streets too. It’s safe to say that it was an inspiring and emotional day, especially as it is the first time I’ve watched the London Marathon as a ‘runner’. I found myself welling up on numerous occasions, screaming encouragement and feeling the pain.

There was a lot of hype around this year’s London Marathon, with Mo Farah taking on the distance for the first time, as well as numerous others vying for course and world records.

I’d arranged to meet Zoe to cheer with her around the 6 mile mark. Just before I left I got a message from Katy asking if I could bring some sunglasses for her as she’d forgotten hers. Battling with my rather large sign, I managed to snap up a place just after the mile 6 water station (this was an error, numerous water bottles were launched in my direction throughout the morning!) 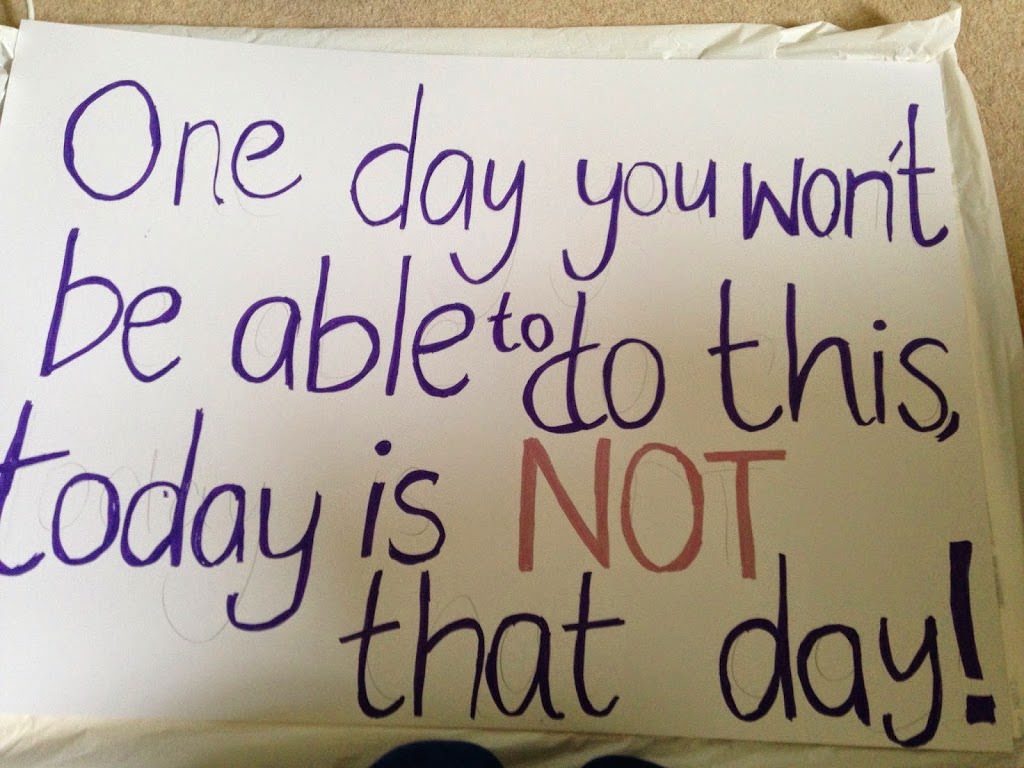 This was the mantra that got me through my first marathon, and I had a lot of comments, photos and thanks for the poster yesterday!

Around 9.45 the elite women ran past me, before the elite men pushed through just before 10.30. Haile Gabrselassie was pacing the front group of the men (I was lucky enough to get to go for a run with him a few months ago, read about it here.) 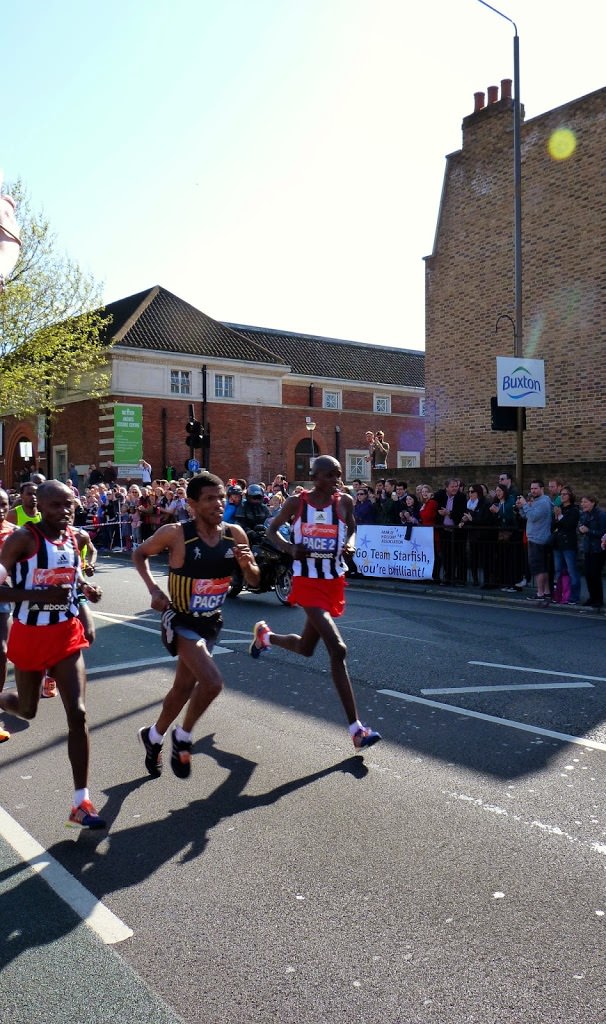 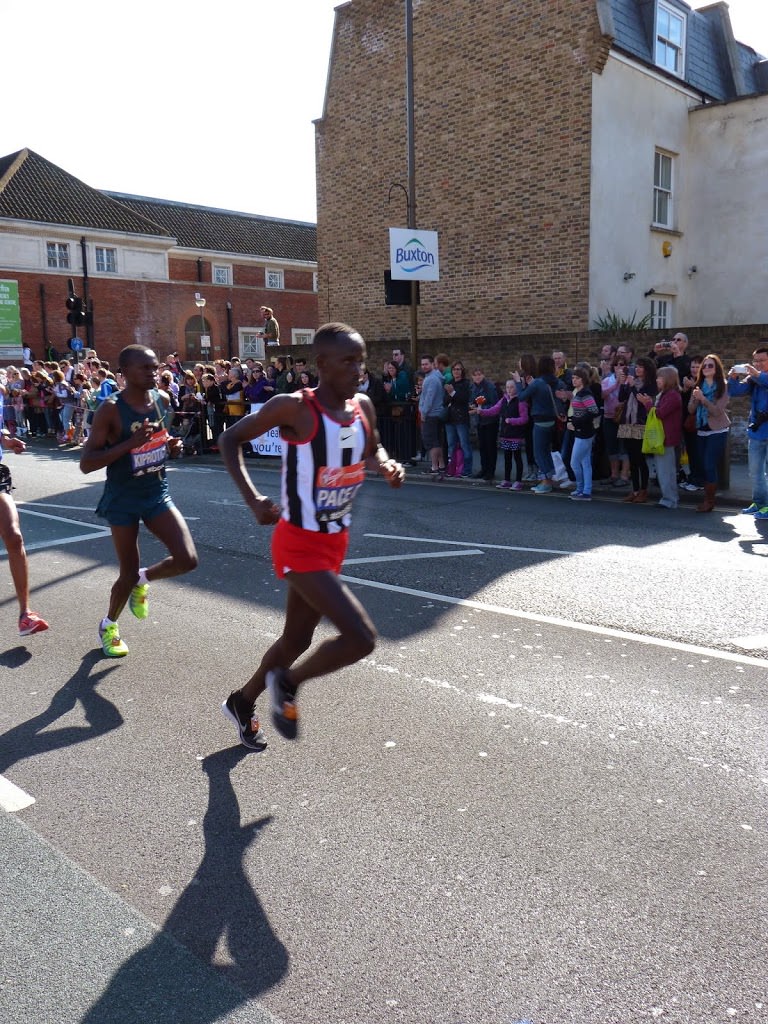 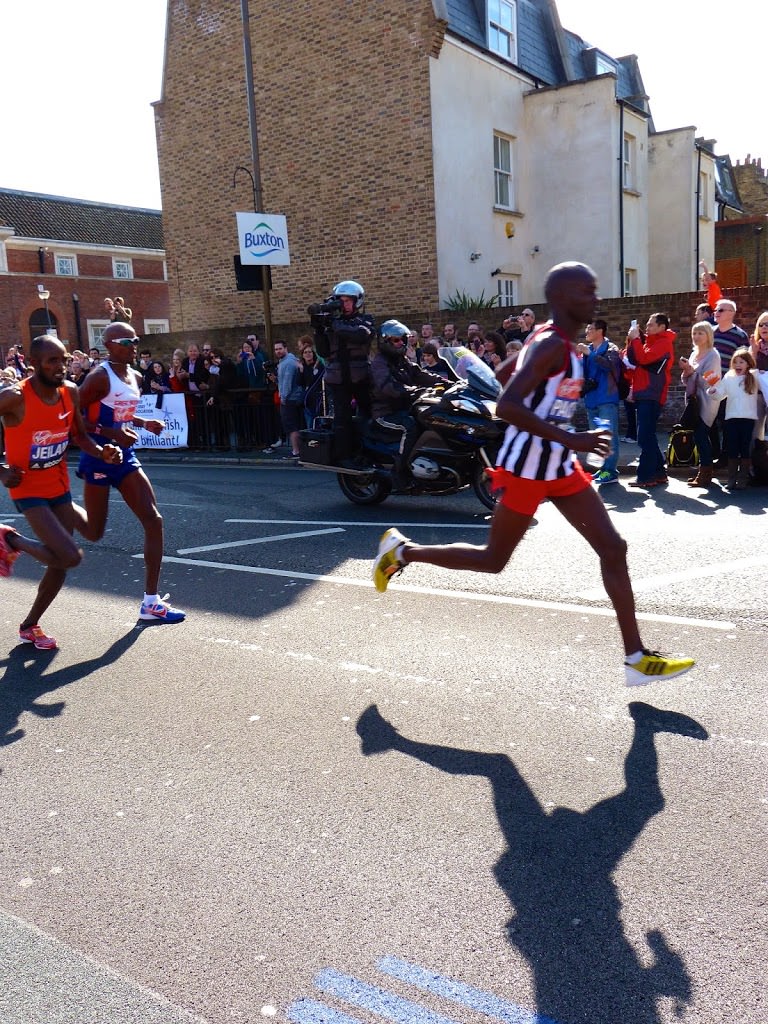 Mo, who was back in the third pace group, got by far the biggest cheer from the crowd when he ran past. If you followed any of the day’s activities, you’ll know that Mo finished in 8th place, just after Emmanuel and Geoffrey Mutai. Sophie and I were a little overexcited about meeting them just 4 days before the marathon. 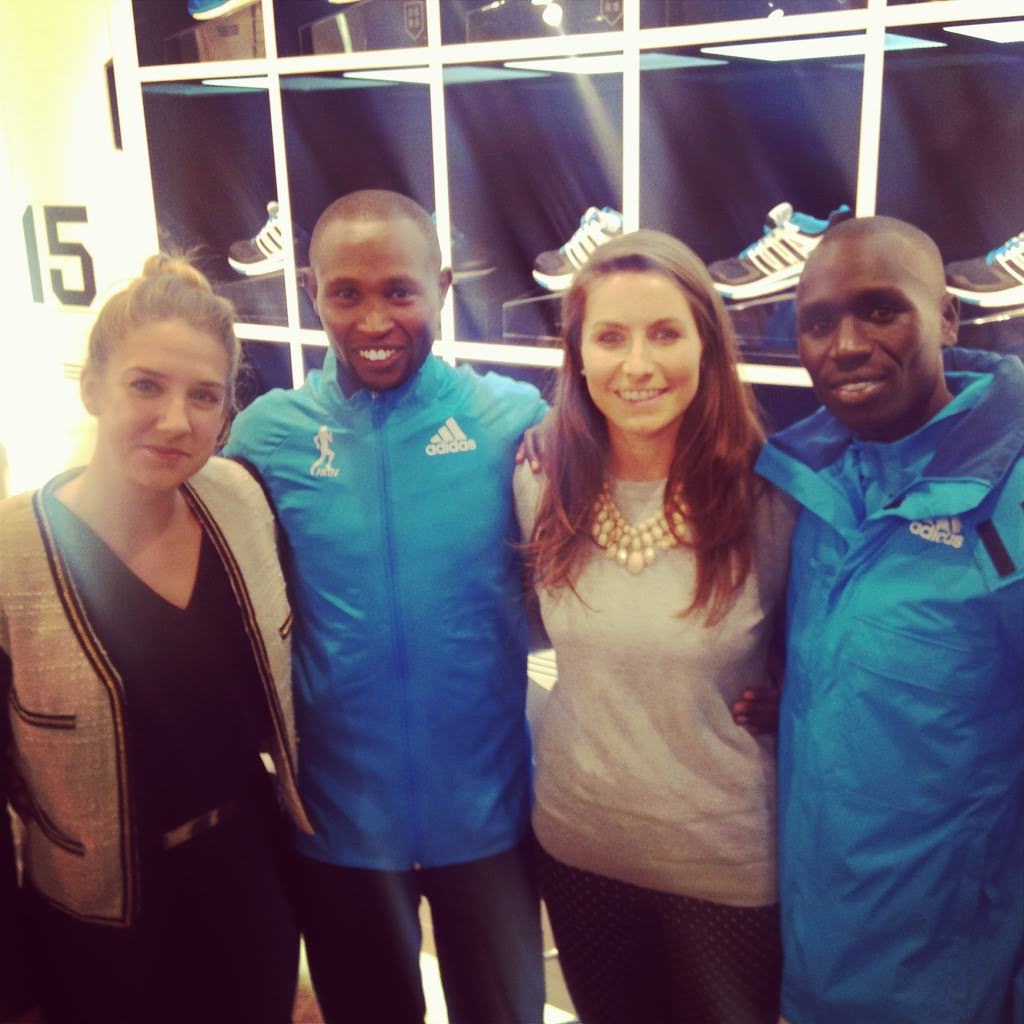 They told us that London isn’t as fast as some other courses because of the number of turns along the course, however the finish can be speedy because of a few downhills towards the end. Their ideal race day would be between 11 and 15 degrees with little wind. Emmanuel (on the right) actually runs the full marathon distance in training for his longest run, whilst Geoffrey runs 40K as his longest run. They seemed so friendly and sweet- so nice to hear about their experiences so close to marathon day!

After the elites ran past me- Zoe was stuck on the other side of the road at this point- I cheered through the masses, including my friend Ben, Laura and saw Katy to hand over some sunglasses and receive a sweaty hug! I loved watching those in fancy dress- I’m so tempted to run a marathon in costume one day! 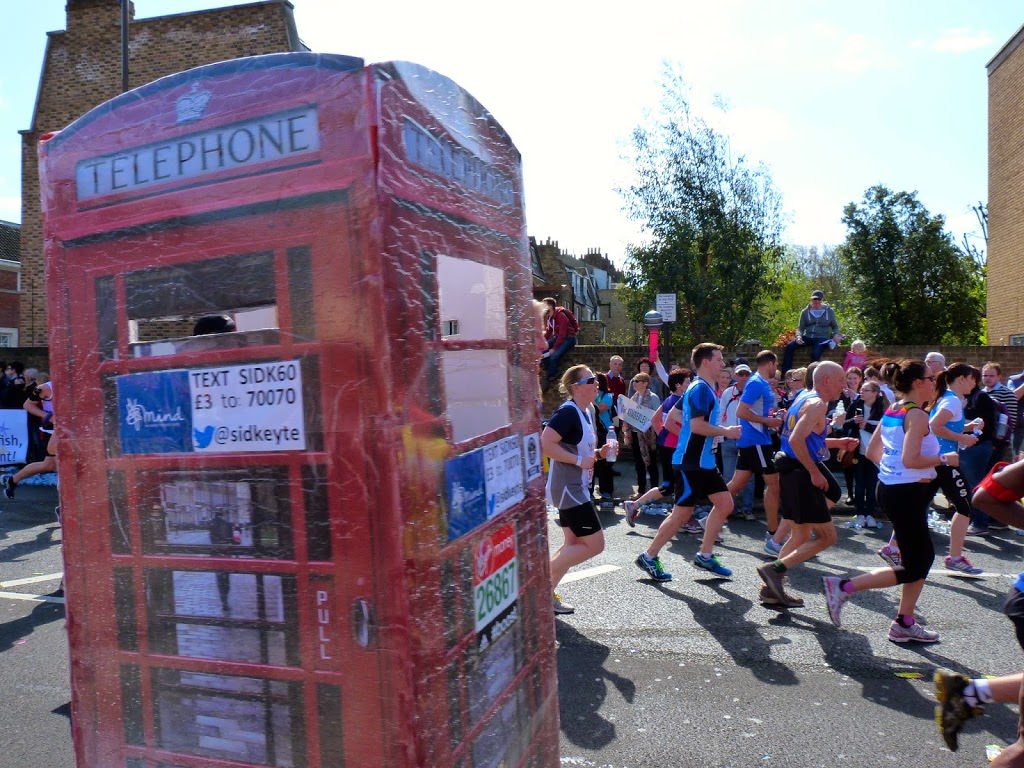 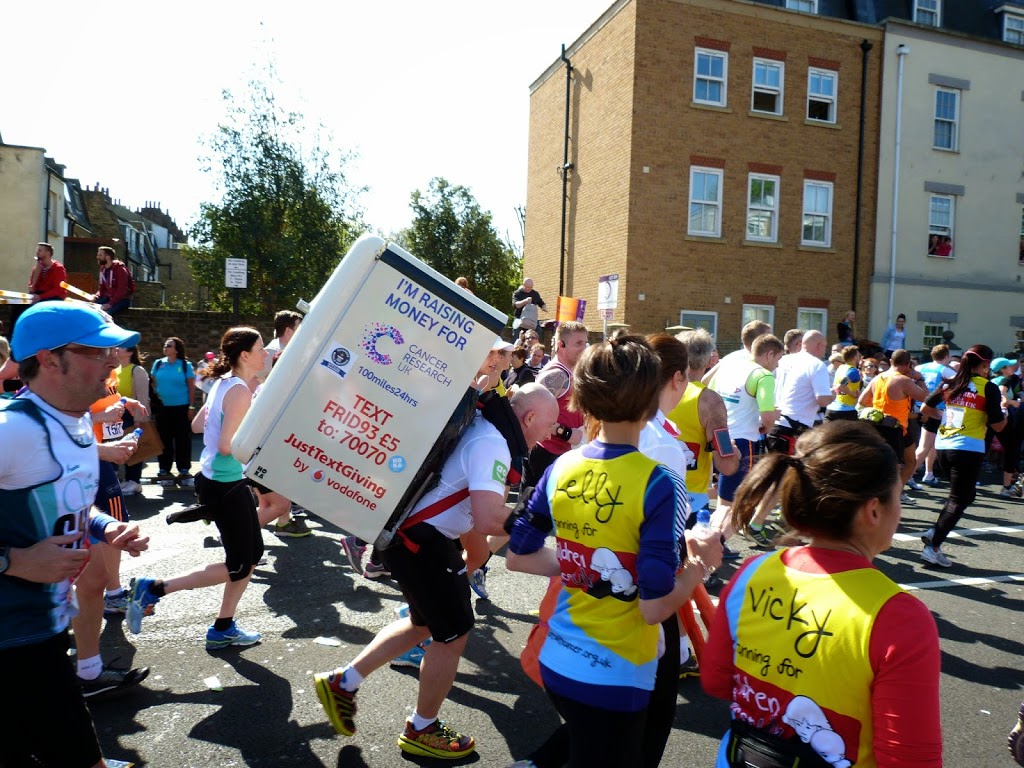 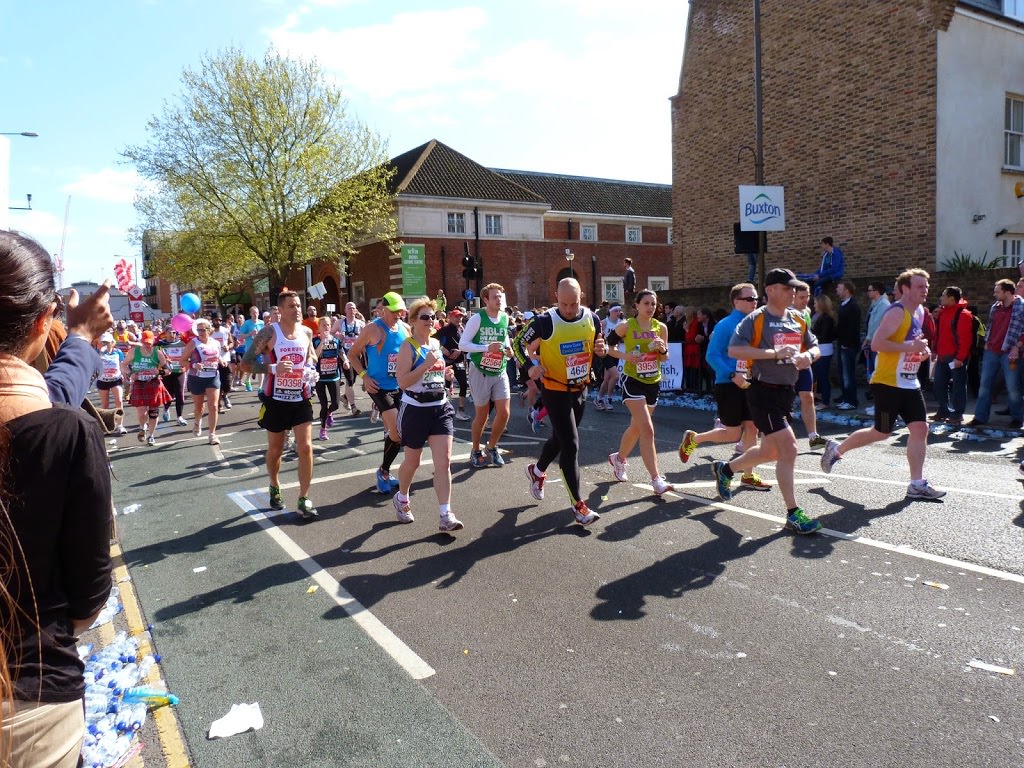 I definitely have new found respect for my parents, Tom and all other marathon spectators after really struggling to pick out my friends in the crowd today. I completely missed most of them sadly.

I’ve never watched the runners right until the back, having usually been racing off to see friends at another location. There are a number of absolute superstars bringing up the rear, powering on despite being overtaken by the sweeper van. The roads are being cleared, the mile markers taken down, aid stations broken up, and yet they press on. In my opinion, anyone that finishes is an absolute legend. 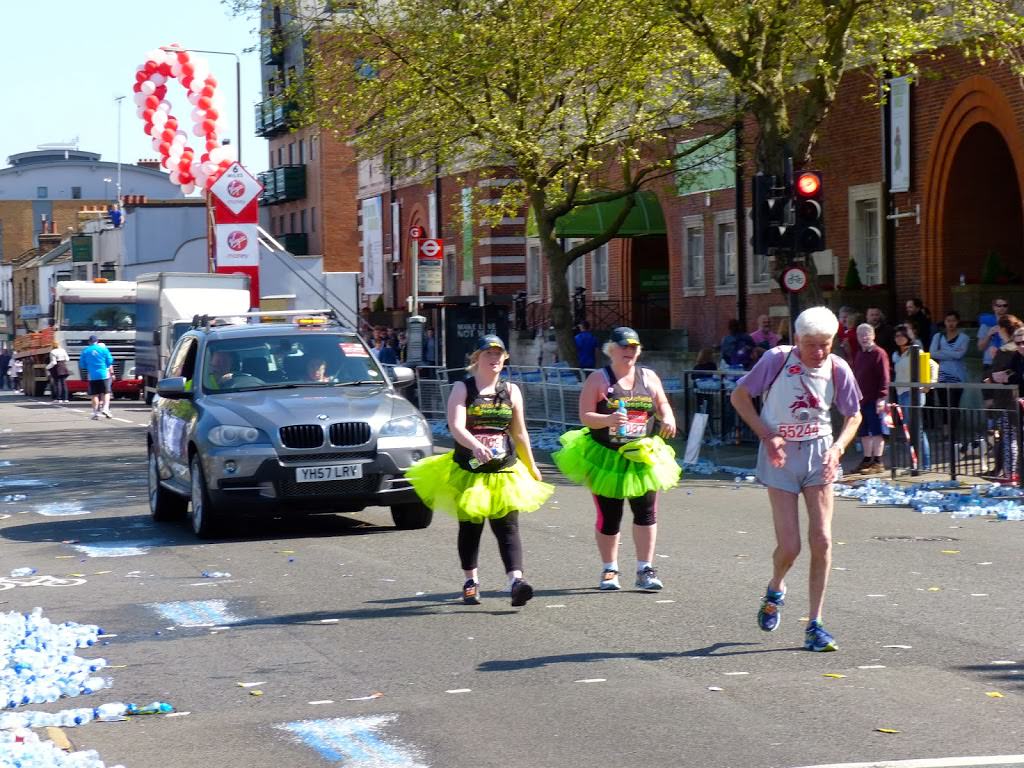 Darren, Zoe’s boyfriend, has been running 8 marathons in 8 days. He and his friend, Henry, have completed the Paris marathon, run to London then took part in the London marathon, raising money for Asthma UK. Unfortunately, injury struck this week meaning that he had to hobble around the course today. He bravely pushed on, completing the London marathon (and therefore his challenge) in 6.47! He is an absolute hero. 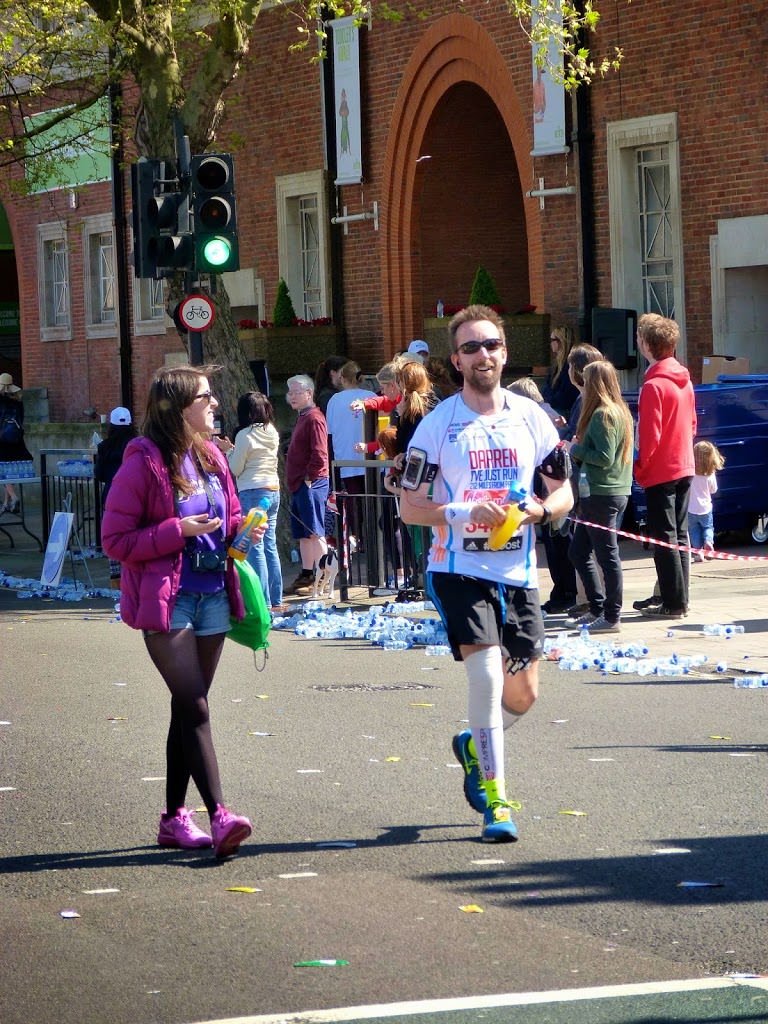 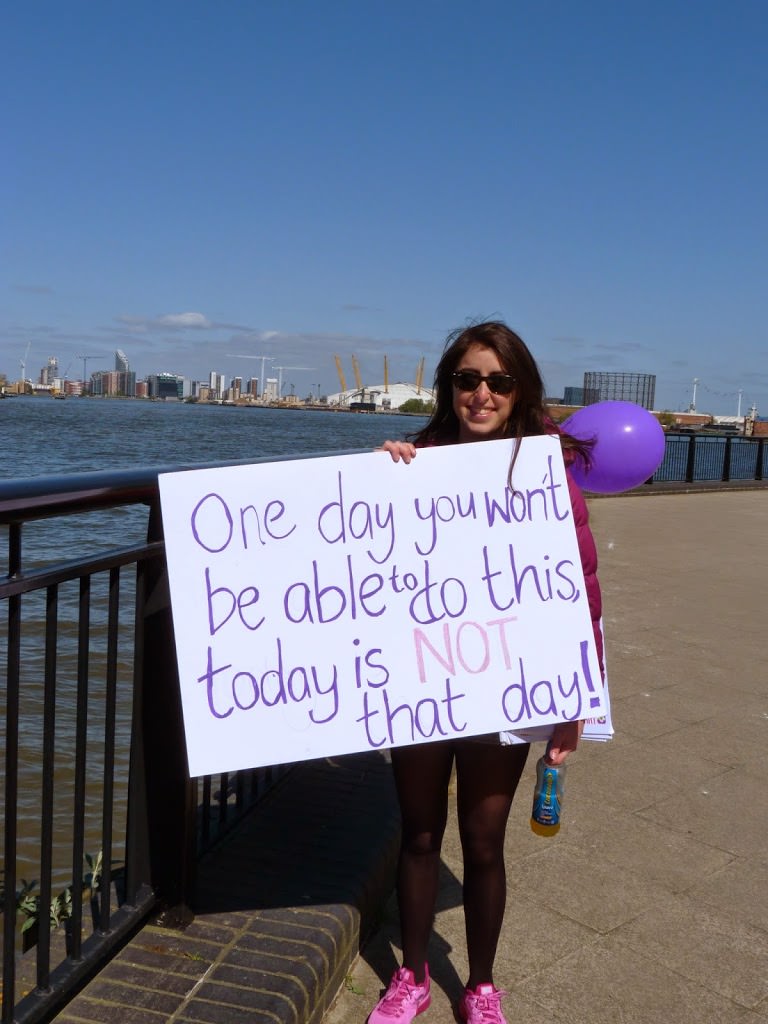 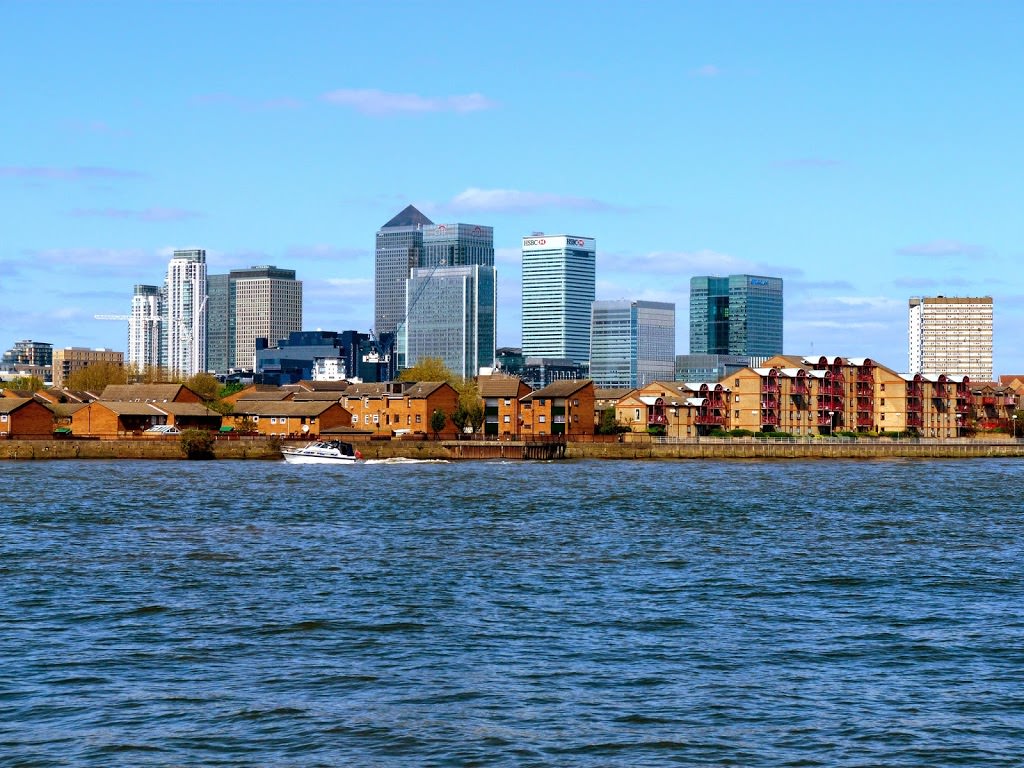 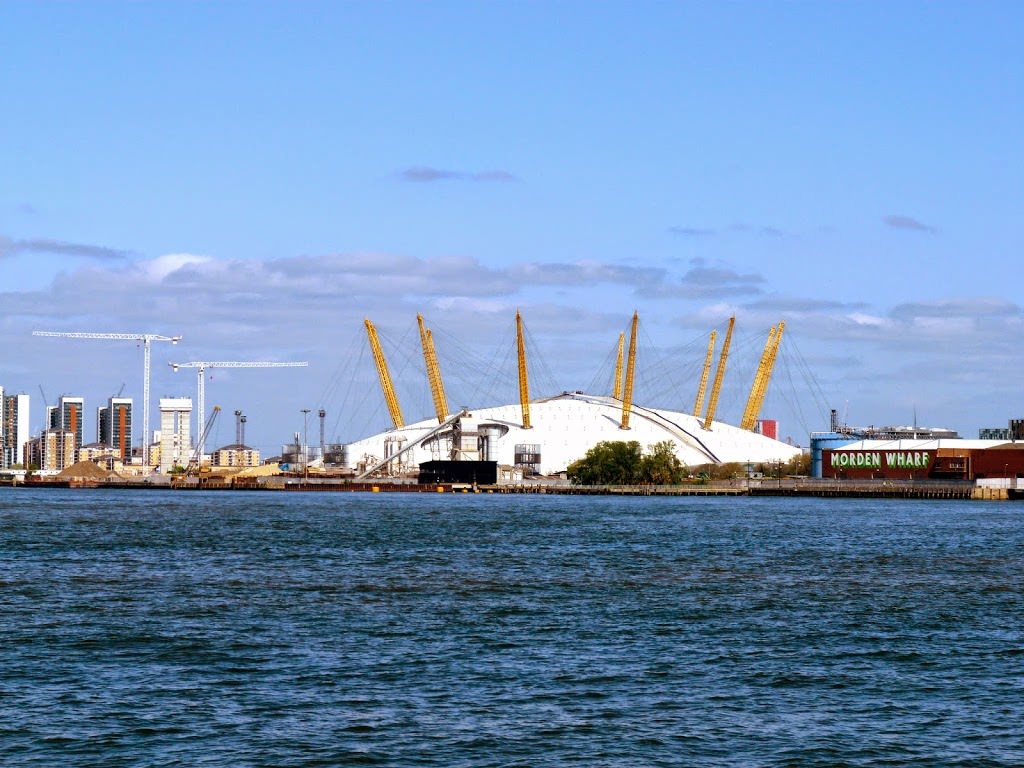 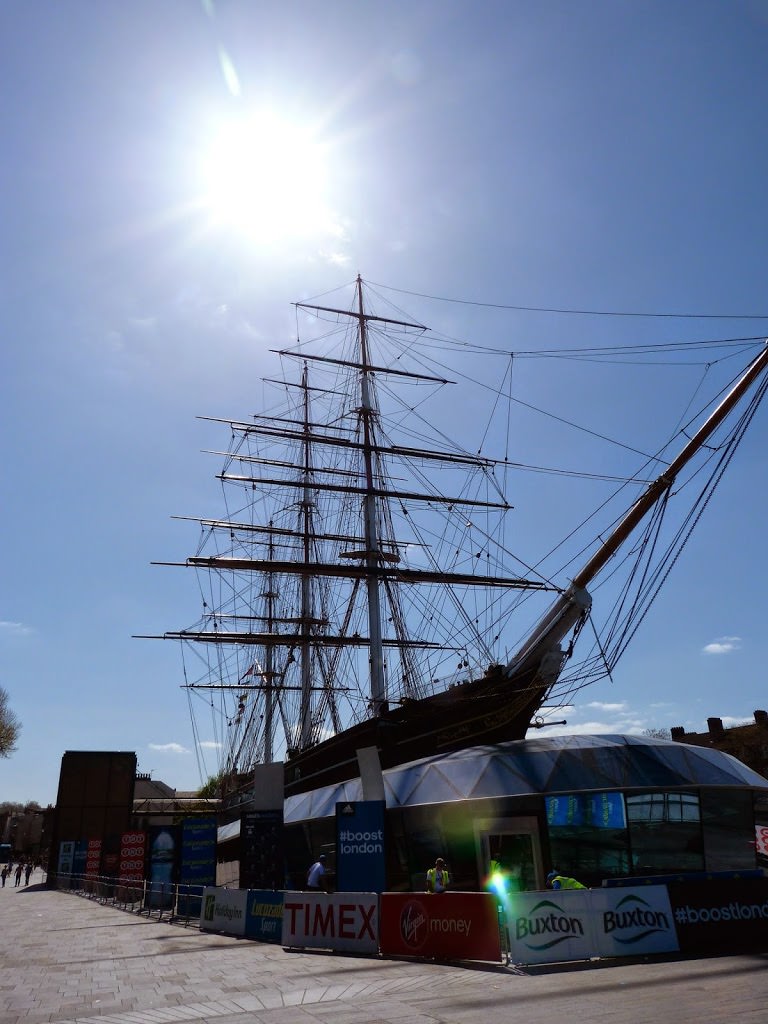 London looked absolutely gorgeous today in the sunshine, although it was a little too hot to be perfect marathon conditions. Congratulations to everyone that ran, supported, cheered, followed on tv or online. It’s the people that make a marathon, and London makes a bloody good one!