BodyPump was one of the first classes I ever took at the gym.

My first experience wasn’t a great one, with an overcrowded class, unfriendly fellow students and unhelpful teacher, and yet I loved it.

I found a different gym with a smaller BodyPump class and started attending twice a week religiously with my colleague before the days of boutique gyms in London. I’ve come a long way since I first stepped into that gym…

BodyPump is a Les Mills fitness class that’s been licensed and rolled out in gyms across the country, alongside a number of their other favourite classes, including BodyCombat, BodyAttack, BodyBalance, RPM and BodyVive. These classes have devotees in gyms around the world.

And thousands of these fans descended on Excel in London this weekend for Les Mills live. 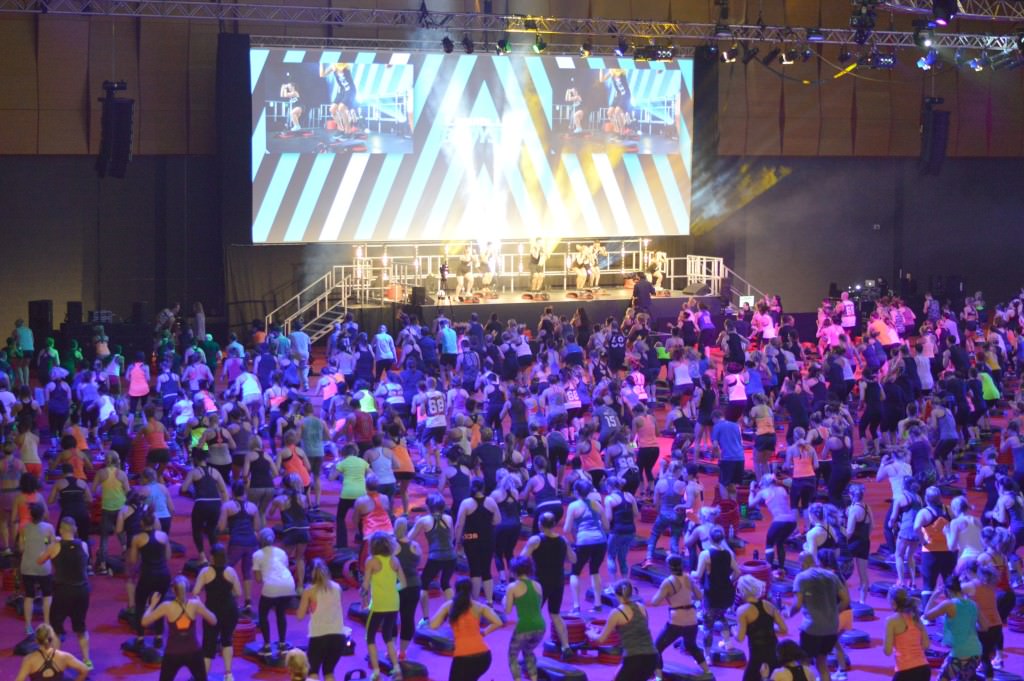 Les Mills Live is a global fitness festival, hosted in cities around the world, to bring together fitness lovers and instructors for a day of workouts, to try new classes as well as taking old favourites in a new setting.

I met up with Georgina, Elle, Bex and Jess to explore the event and get our sweat on. They’d already been to a few classes once I arrived (I’d had a leisurely brunch with a friend, it was Saturday after all!) After getting changed into our Reebok kit thanks to the sponsors, we headed out to see what was going on. 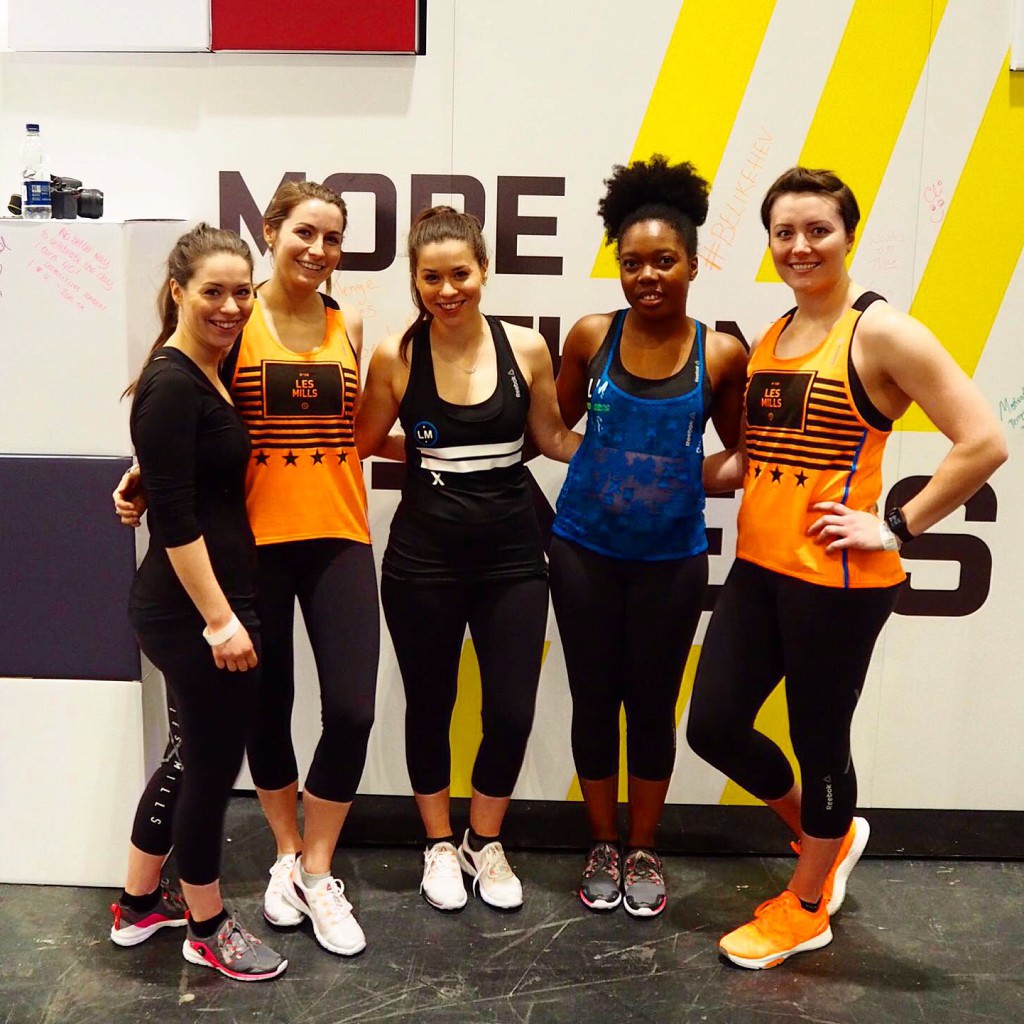 First up was the main arena to see the largest BodyStep class I have ever seen – it was awesome. If you follow me on Snapchat (therunnerbeans) you’ll have seen some videos from the event- I also posted one on Facebook! 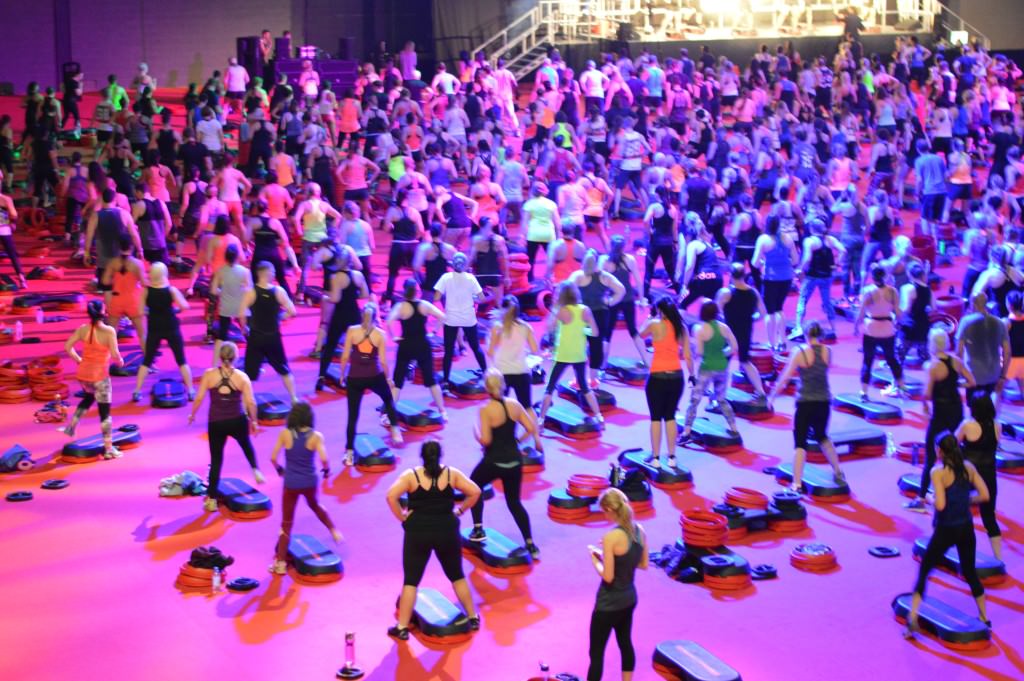 Georgina is a big Crossfitter, so when she saw there was a tyre flip challenge to win Reebok vouchers, she was was all over it. You had to flip the tyre as many times as possible in 30 seconds – my record would have been about two, that tyre is heavy! Georgina is ridiculously strong and managed 14 flips in 30 seconds – the winning score for the day! 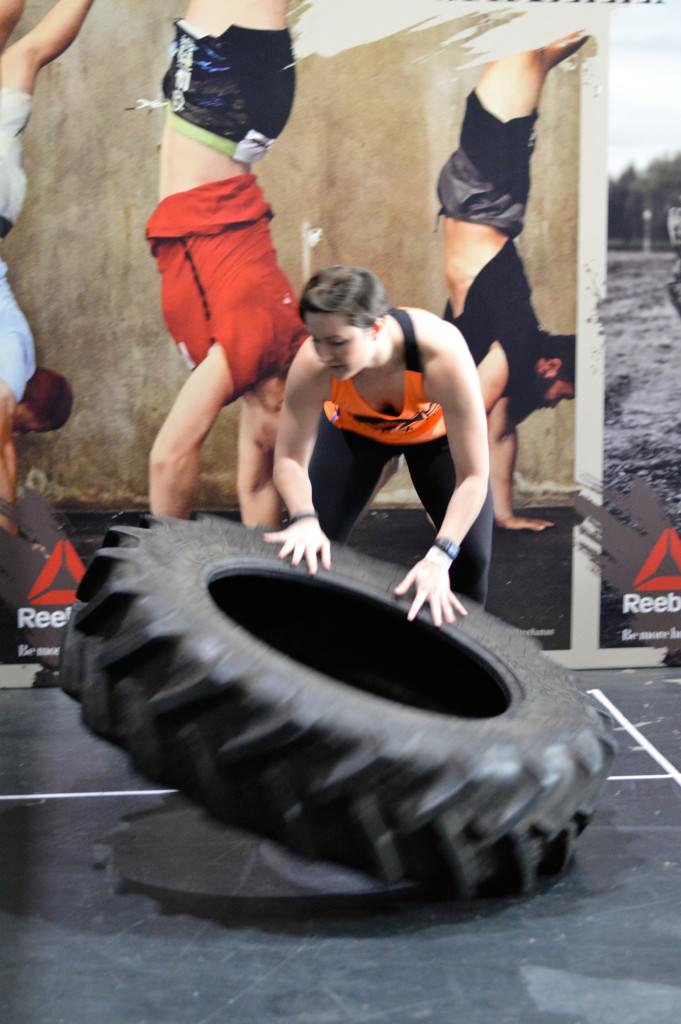 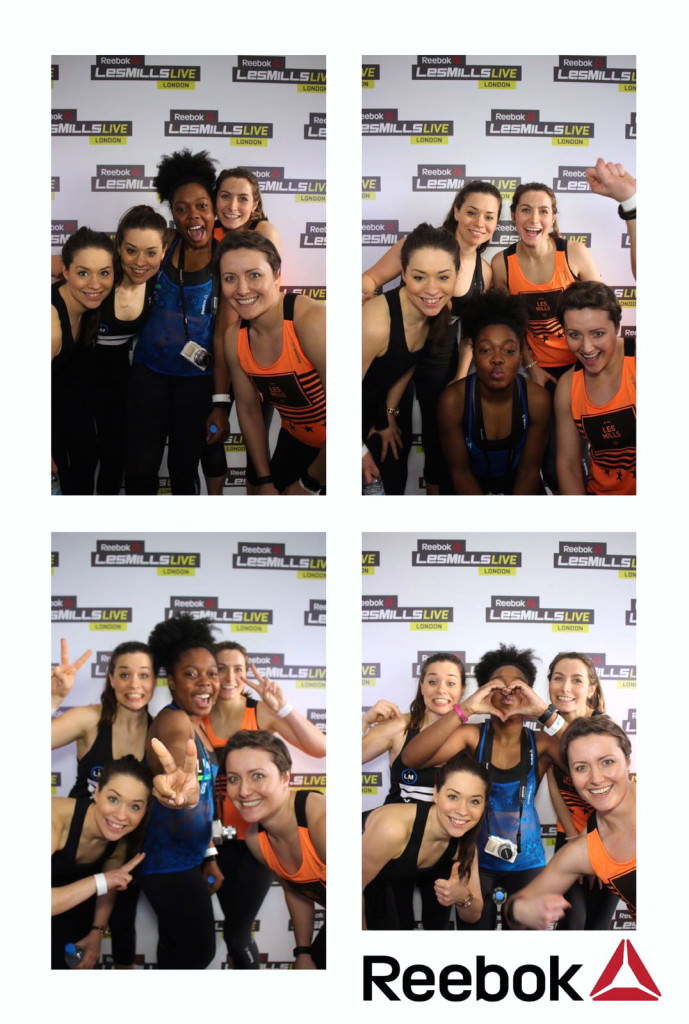 After a stop by the selfie booth, it was time to find a workout. On the agenda was a 30 minute Grit Plyo class. A group of instructors were on a stage in the middle, with lycra clad fans on all sides. With just a step and one 5kg weight, we were led through a quick warm up before working in pyramids of body weight and weighted exercises, including mountain climbers, squats, squat jumps, burpees, and lunges to get the heart pumping. With very short periods of rest, we quickly worked up a real sweat. 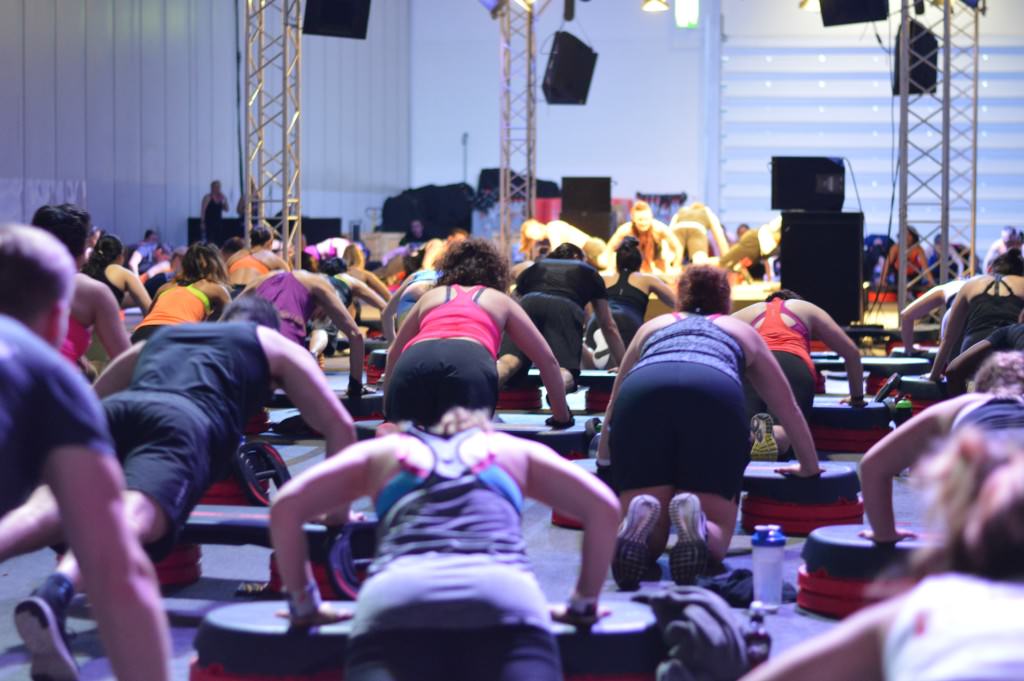 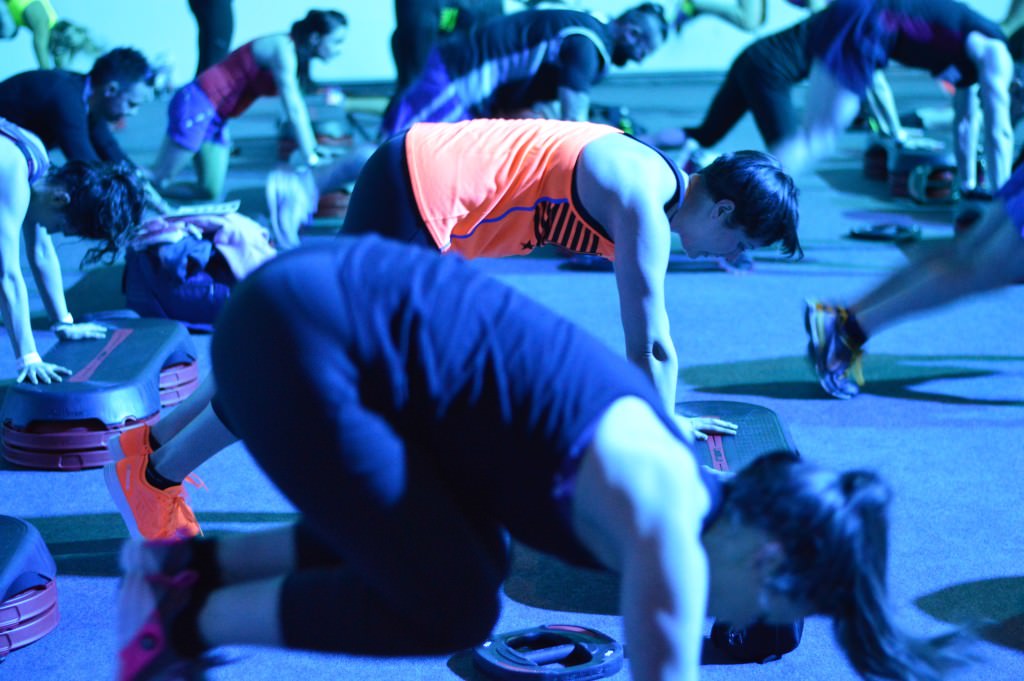 After an iced coffee pick-me-up we went to try out BodyVive – which we had been told was more like yoga/Pilates but definitely wasn’t! It was a mixture between BodyStep and a dance class, which for those that are lacking in co-ordination, is a nightmare.

Everyone went left for two beats, I went right for one. 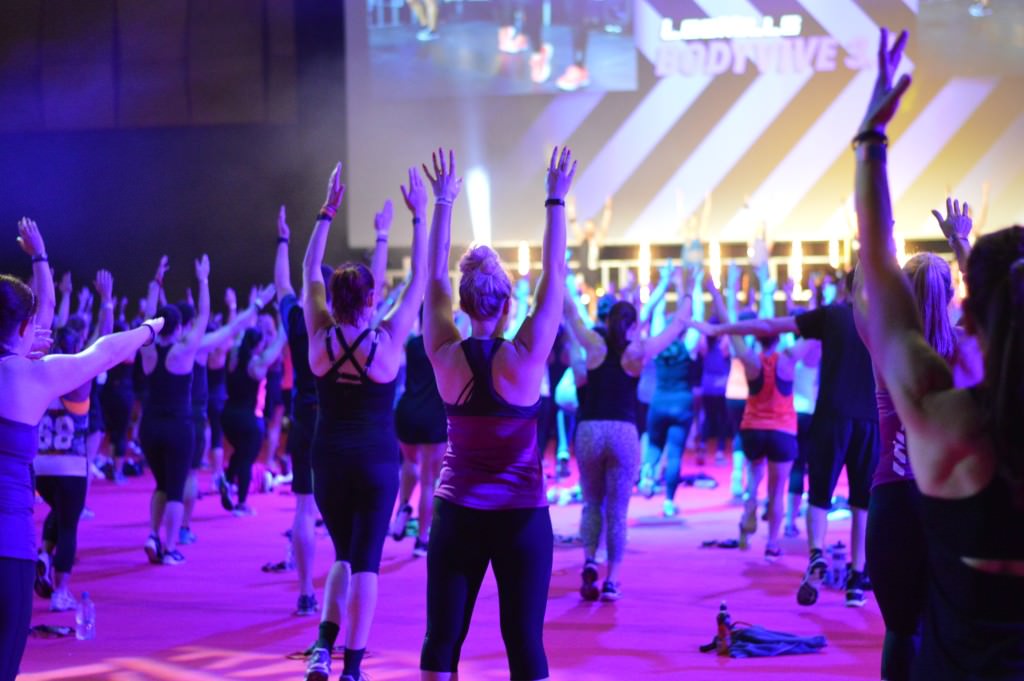 I actually thought it was quite amusing, but we were quite far back and couldn’t hear/see that well so found it hard to follow along and bailed after 20 mins.

In hindsight I wish I had arrived earlier to try out the BodyPump and RPM classes with the girls but still enjoyed the two classes I did try. I’m definitely going to hunt sign up to some of my Fitness First BodyPump classes – I think there are also some of ClassPass!

What did you get up to this weekend? What’s your favourite old school workout class?