It’s not a great start when you’re more nervous about driving to the race than taking part, especially when that race is the UK’s toughest multi-lap marathon. Thankfully 5 stalls later and we made it safely to the start line… (yes I’m a very nervous, terrible driver!)

With all the nervous energy from the drive, I volunteered to head out first for our six man team, not that we had much of an option with half of our team still stuck on the motorway. Each lap was just over 4 miles, and started immediately with a pretty major hill. 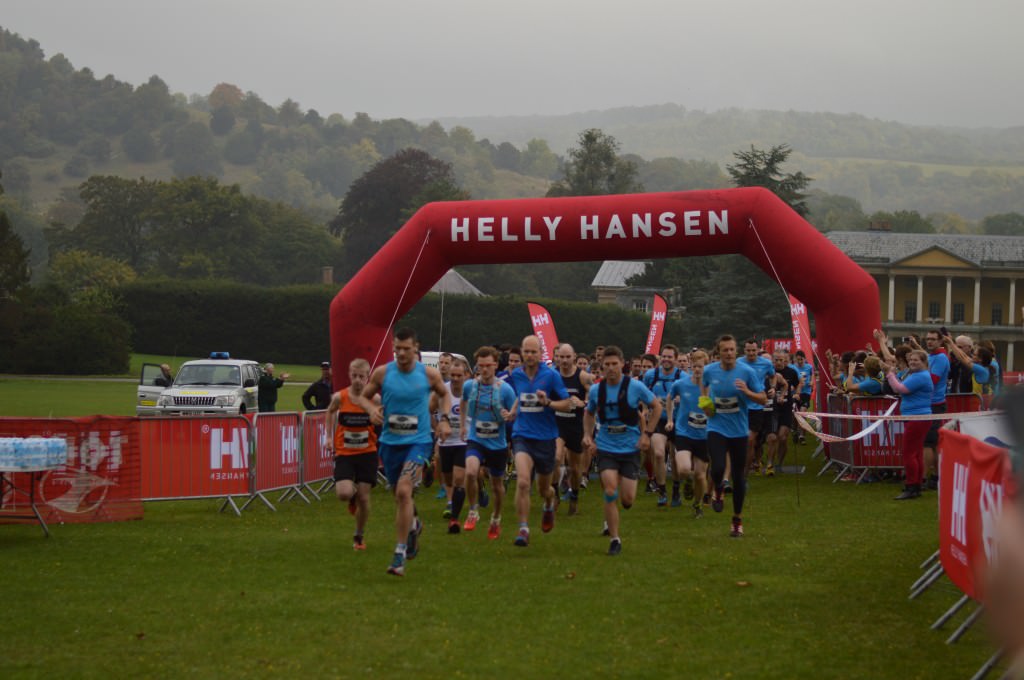 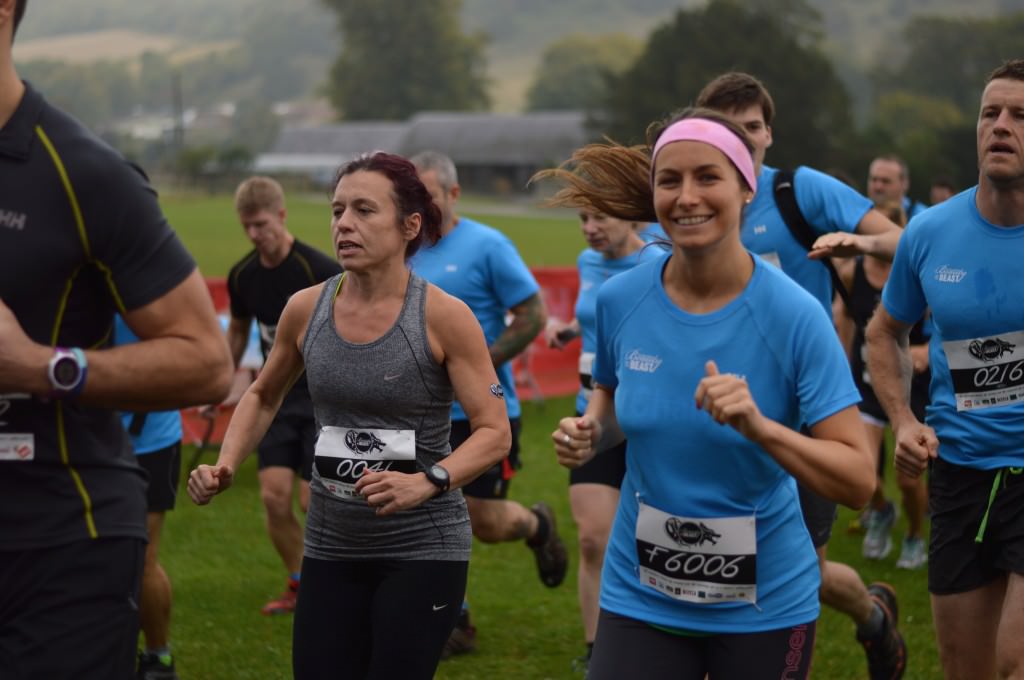 Within 200m I was walking, which pretty much set the tone for all of the hills on the course. With the Berlin marathon just days away I wasn’t about to ruin myself by racing around this brutal terrain. 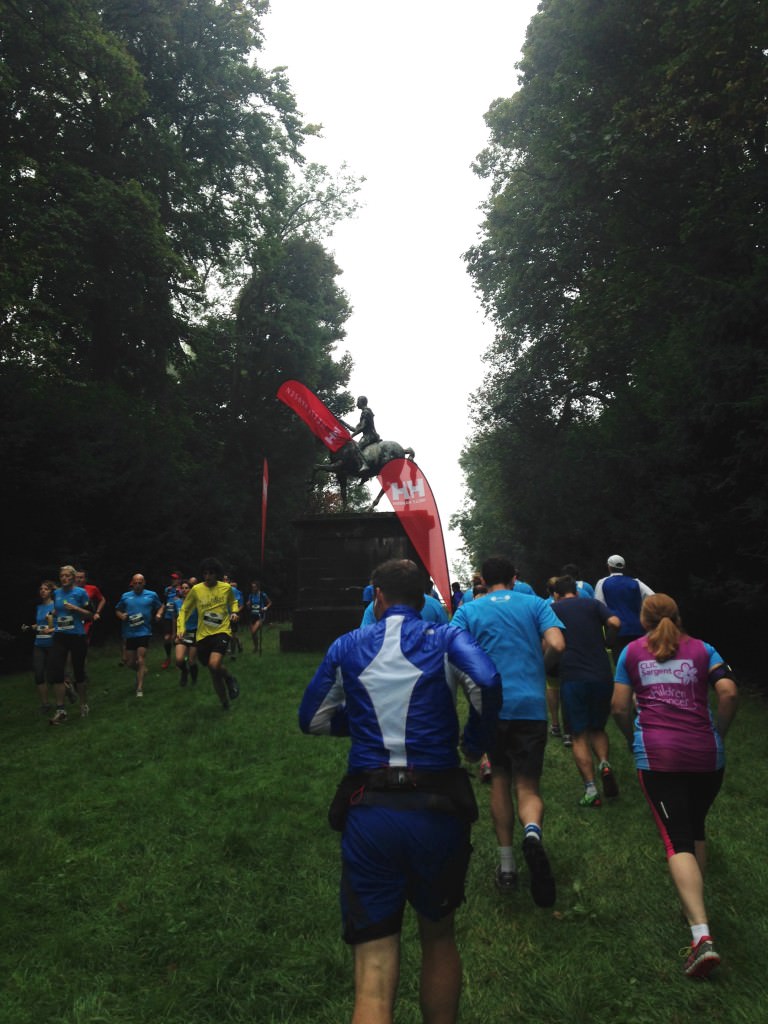 After the first straight up and down, I ran back past the girls and headed off into the Buckinghamshire countryside. I decided not to wear a watch, knowing that I would end up checking my pace even if I didn’t want to, so when someone running near me called out a 12min mile I could only laugh. After this I stuck with the guys around me as we laughed about the course, our pace and lack of preparation for the terrain. They were tackling the full marathon, so I couldn’t really complain about my single lap.

I absolutely loved the trail elements of the course, particularly the parts that took us through woods and across fields, and although I didn’t love the hills, there was an amazing camaraderie that you don’t get in road races. I chatted with people I’d literally only just met as we stomped up the inclines, three or four major inclines. We discussed the terrain (obviously) and other races, with the guys trying to out-do each other with their tough races. I think they were actually quite impressed that I’d taken on the River Rat Race and was doing my fourth marathon next weekend. 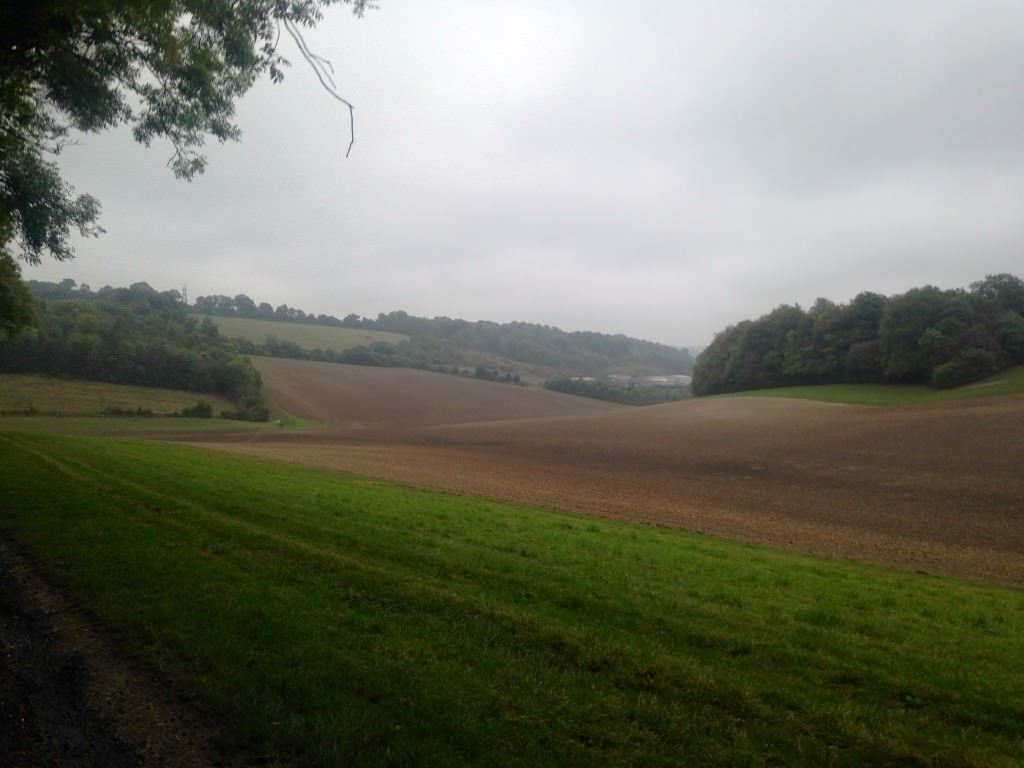 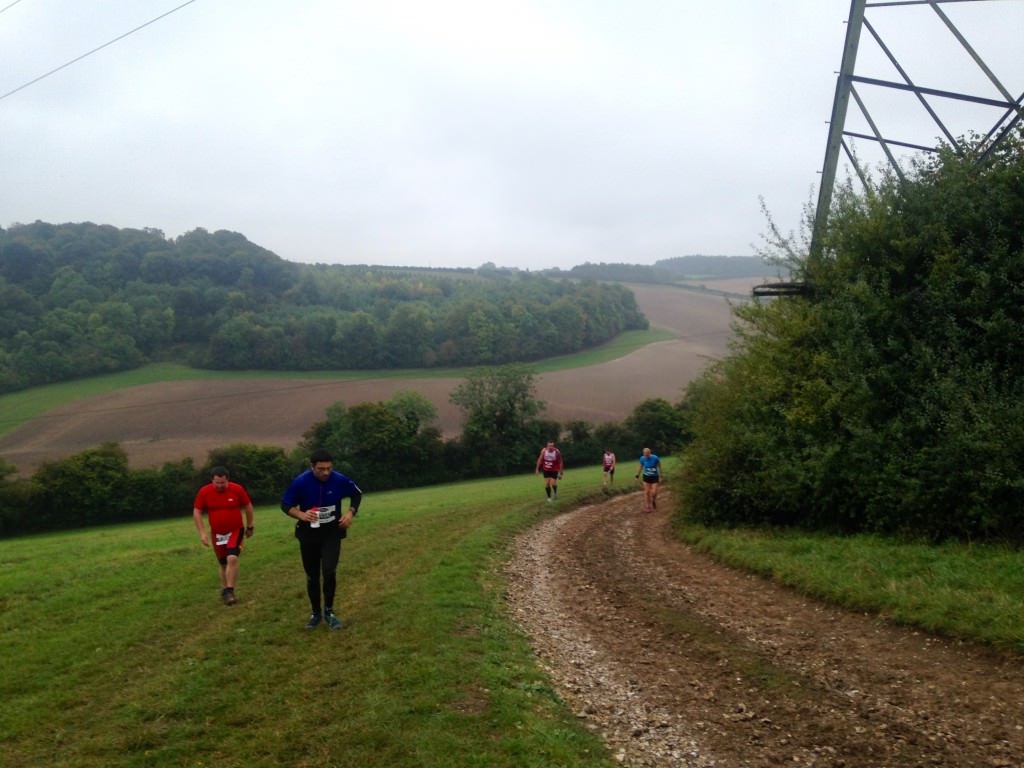 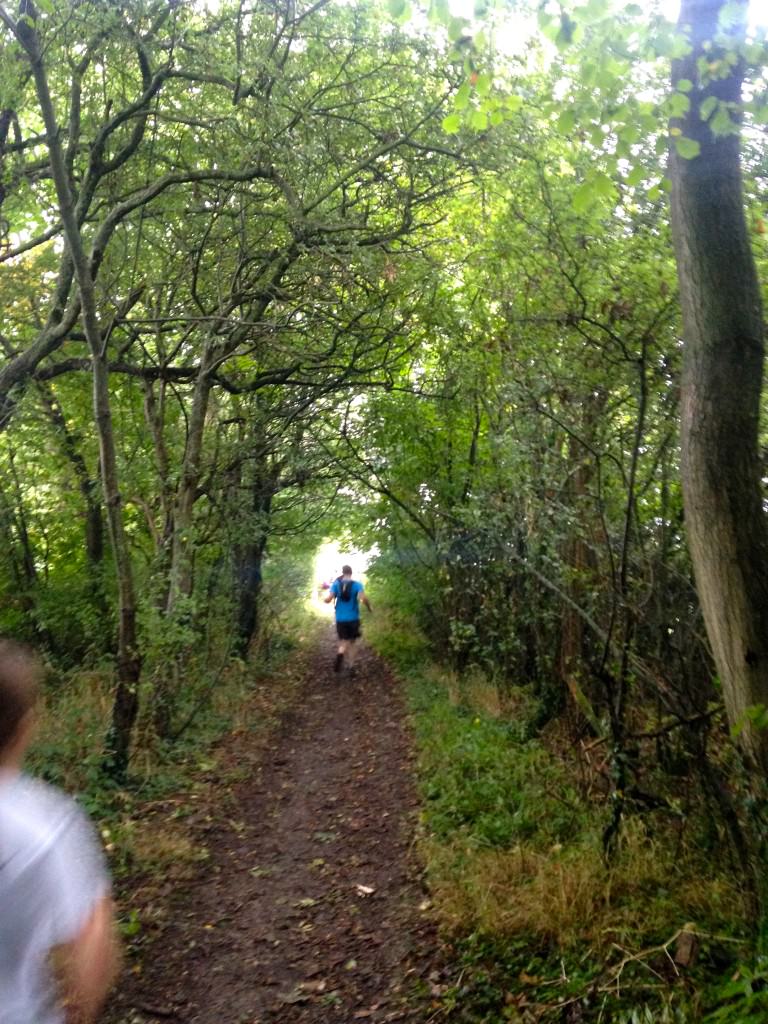 On my lap the ground wasn’t too churned up and I wasn’t that muddy, however there was no avoiding the river crossing that meant splashing across calf deep ice-cold water. All part of the fun, right? 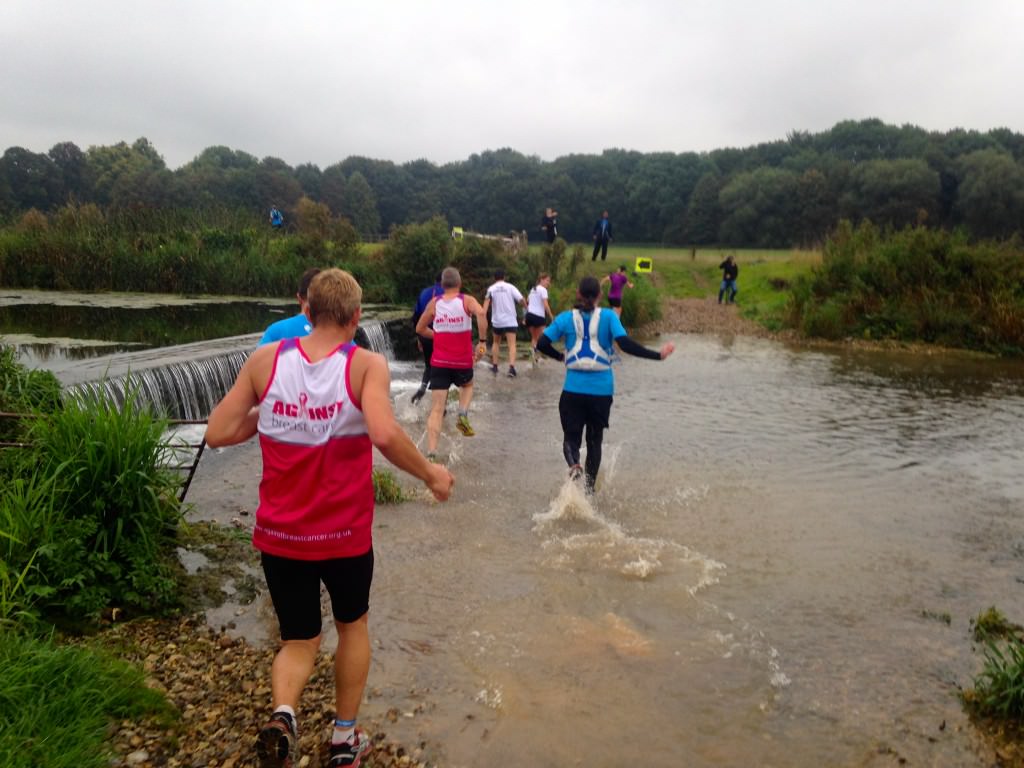 We squelched round the lake, up one final small up incline, and we were back on the home straight. I crossed the timing mat, handed off the chip to Charlie and sent her on her way! Luckily by this point the rest of our team had arrived too. 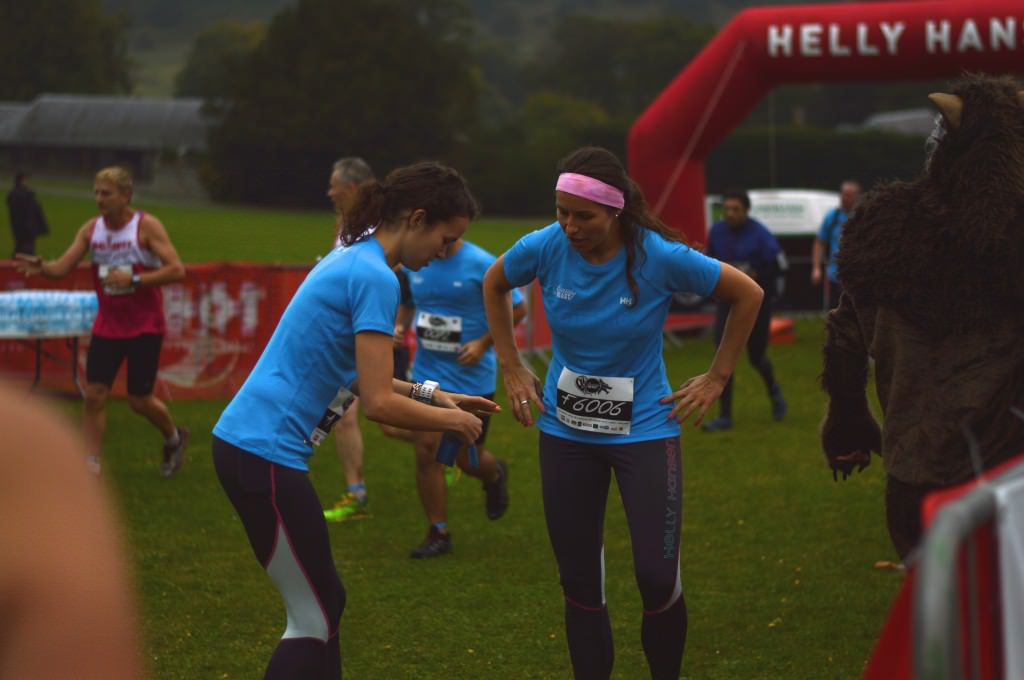 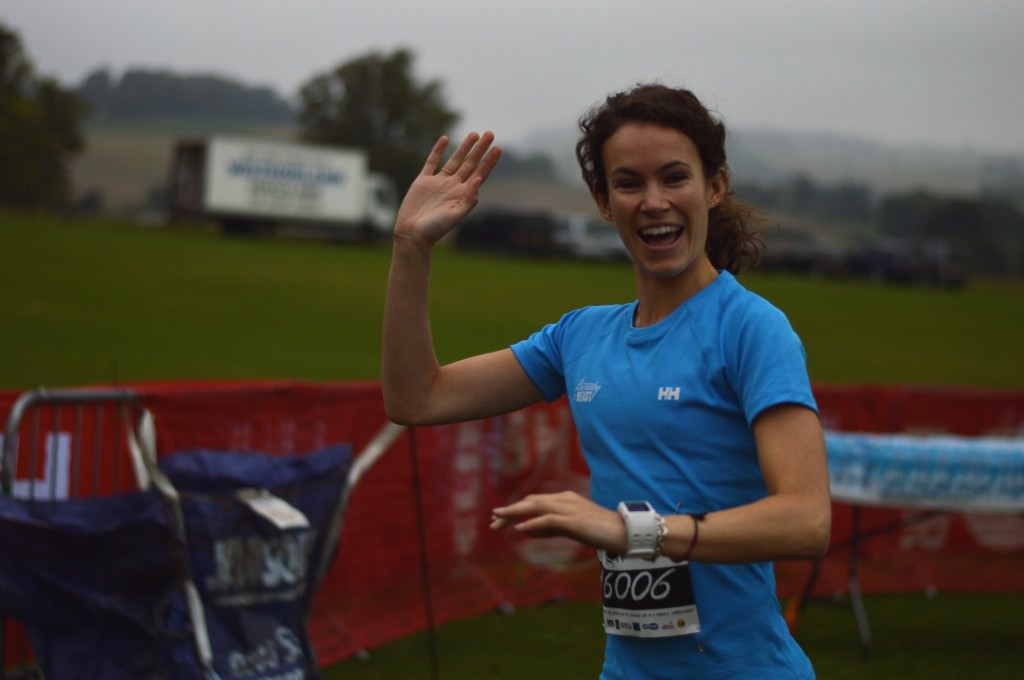 The best thing about going first was being able to enjoy all of the food and drinks in the VIP tent – thanks so much Helly Hansen for putting on an amazing spread. The chocolate refrigerator cake was amazing.

Charlie made a friend out on the course… she then handed off to Leah. 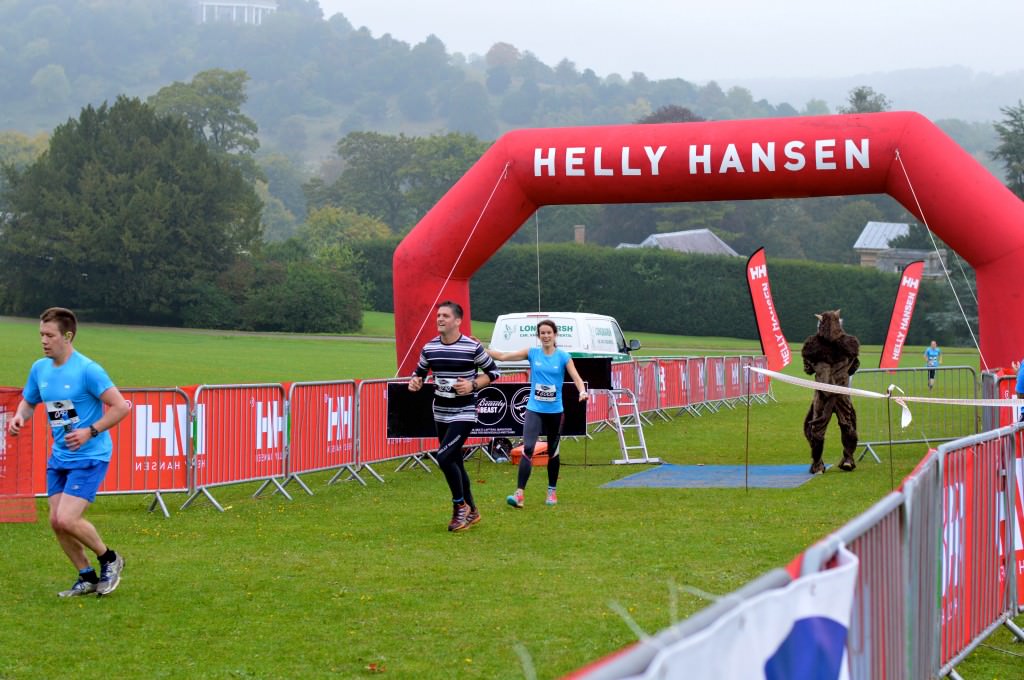 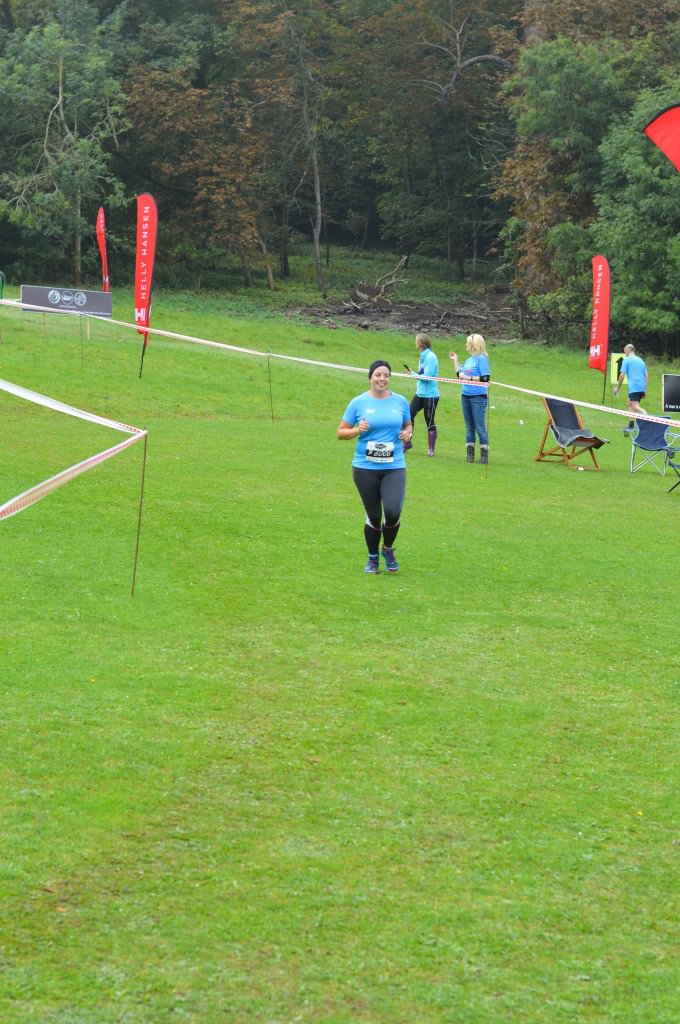 In between runners we would hang out in the tent, eat, drink tea, eat more and then wait near the transition area to cheer our runners home. Leah handed off to Emma… 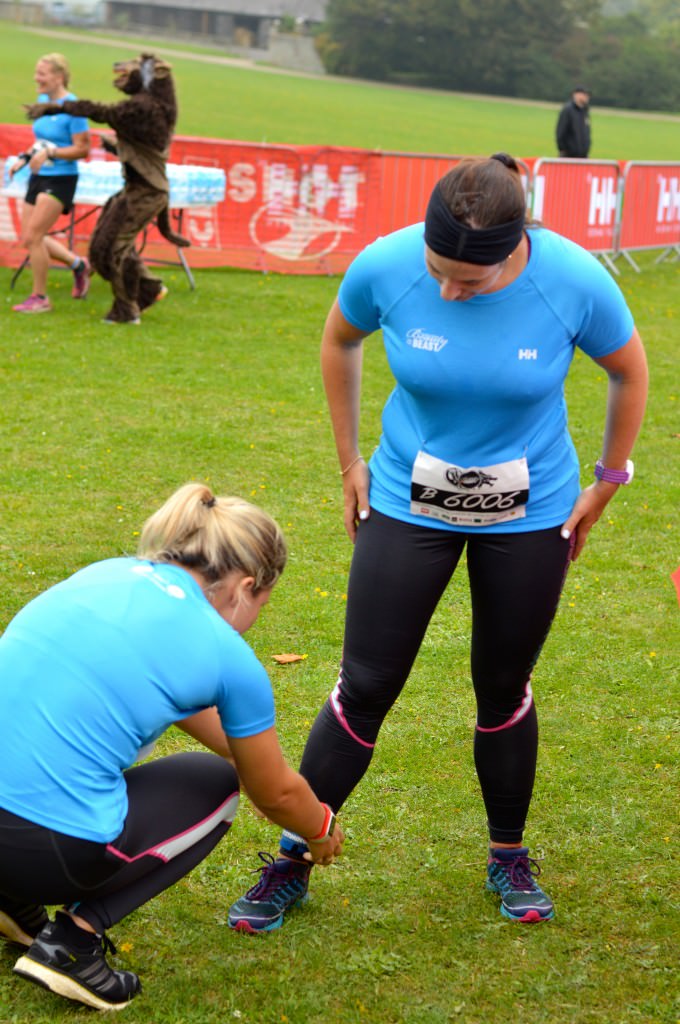 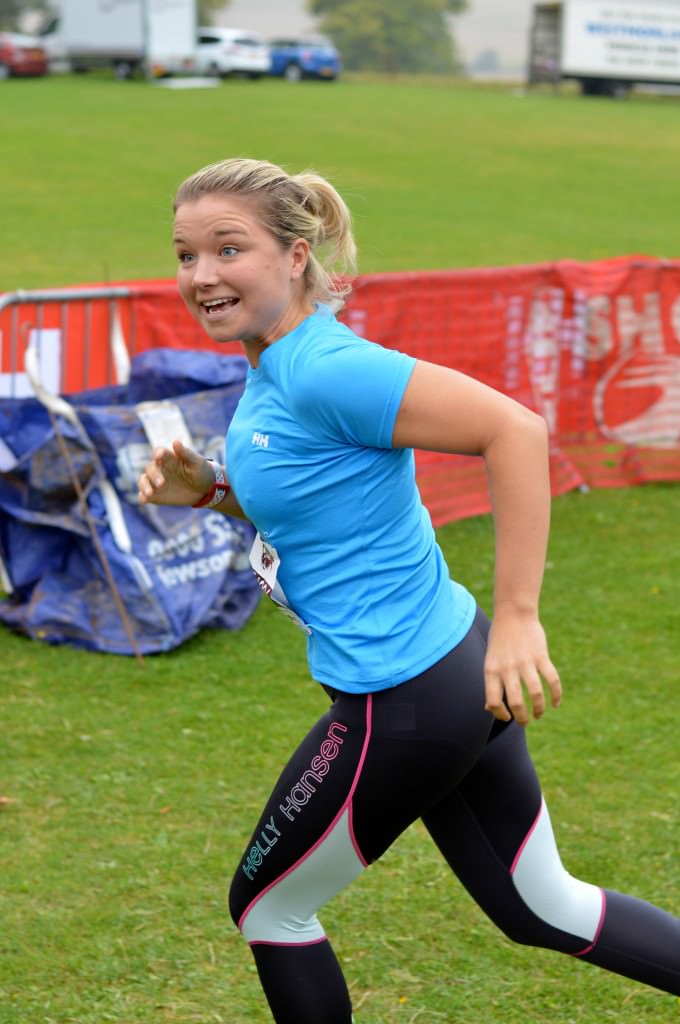 who handed over to Jen... 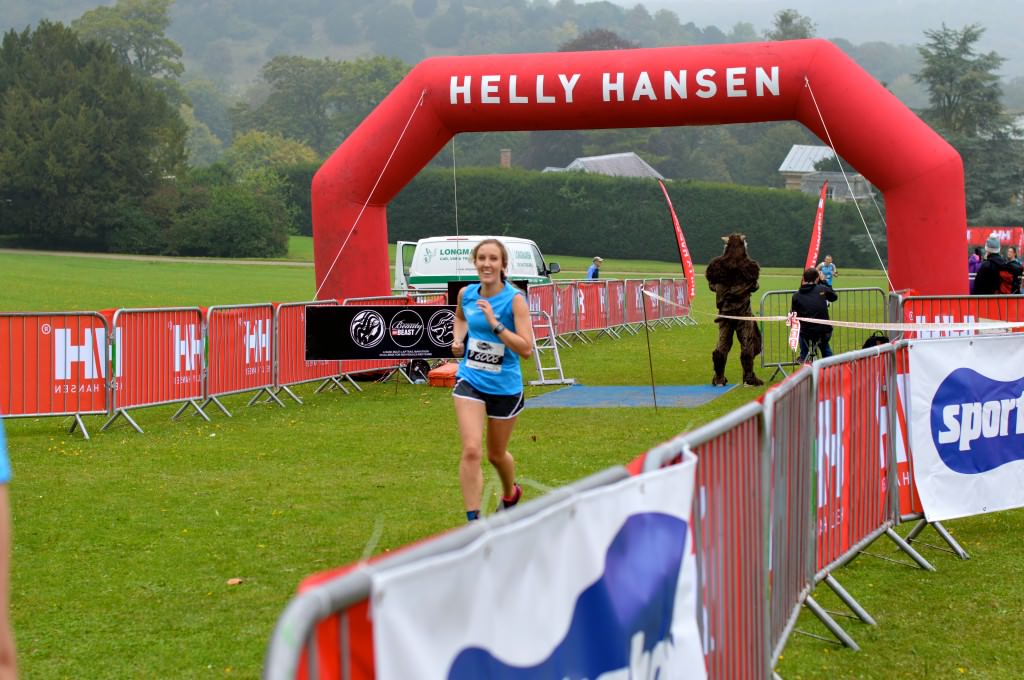 who passed it to Josie our final runner. 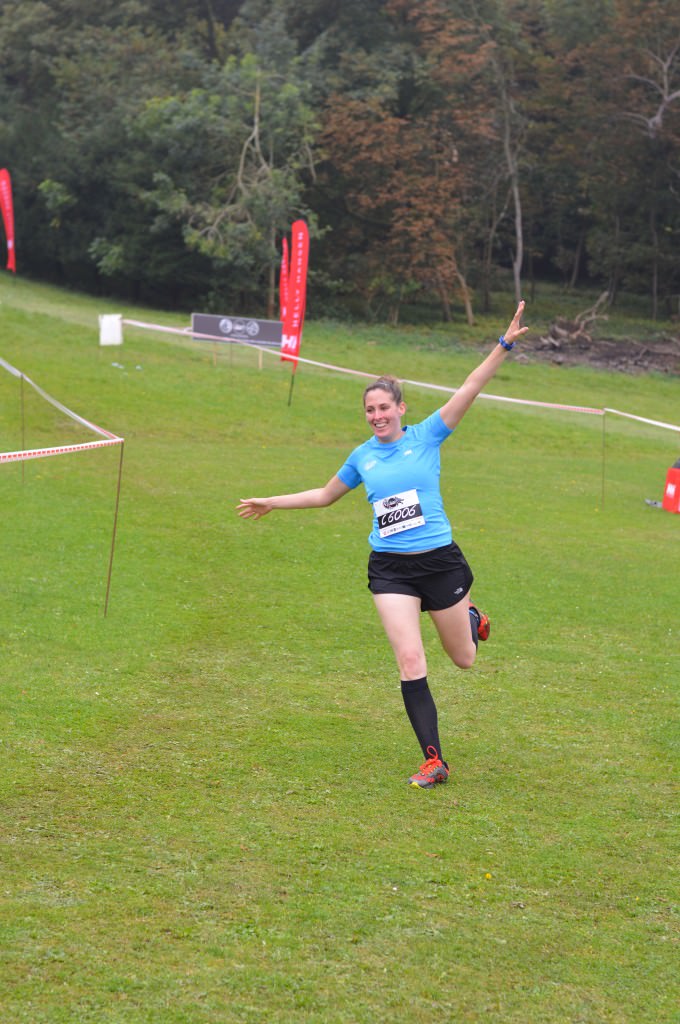 We all ran to meet Josie and cross the finish line together, completing the course in just under 5 hours. Huge respect to those runners taking on the full marathon as solo runners, what an incredible challenge. I think they’re bonkers! 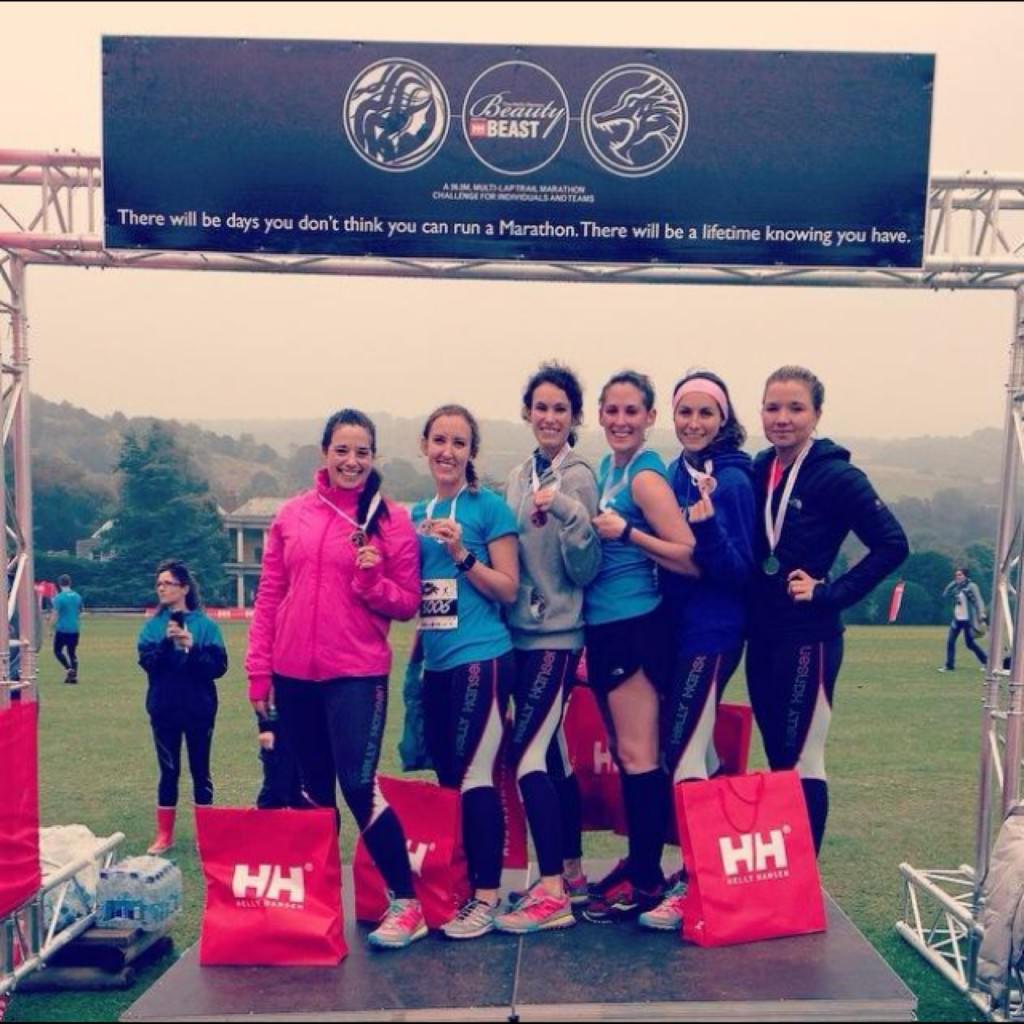 Thank you to Helly Hansen for providing our bibs and kit for the relay.