On Saturday, after our Boris Biking adventure, Tom and I went to the Harry Potter Studio’s in Watford.  We had booked back in August, so I had been looking forward to it for a while!

We were given a slot at 3.30, but managed to sneak into the earlier tour. It was so fun to see the set, costumes and props, as well as learn some secrets from behind the scenes!

Whilst waiting for our tour to start we got to see inside the ‘cupboard under the stairs’ before entering ‘The Great Hall’. It was one of the largest sets, the floor was made out of real stone to ensure it lasted for all of the films! So many iconic scenes were filmed in there! 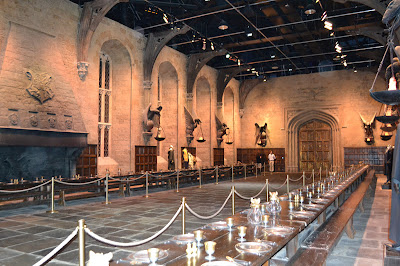 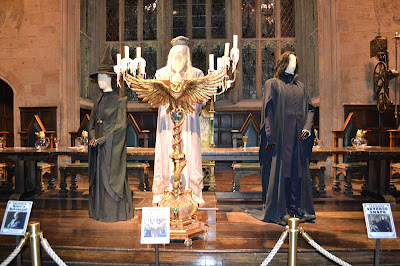 I loved seeing the makeup stations and wigs- I had thought that Draco Malfoy (Tom Felton) had to dye his hair peroxide blonde, but we got to see his wigs from some of the films. 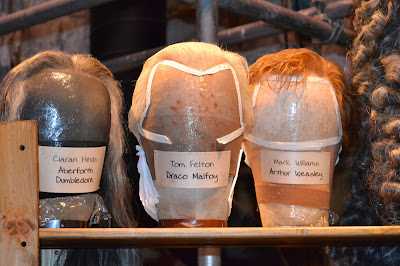 The Gryffindor common room- the beds were only 5ft 9in so the boys grew out of them for the last few films and they had to be filmed so that you couldn’t see their feet hanging out of the beds! 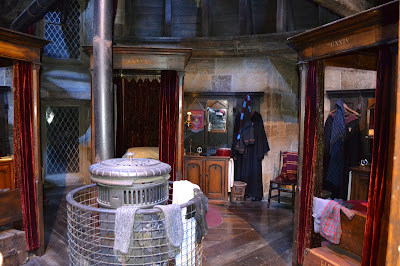 The Mirror of Erised… 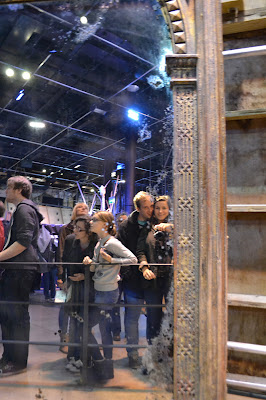 and the wands from all of the cast. You could buy replicas of most of these in the gift shop, for a £25!!!!! Apparently they are collectors items, not toys! Not sure what I would do with a collectable wand! 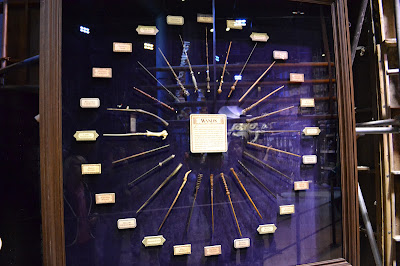 The potions lab, this was used for a variety of scenes throughout the 7 films. 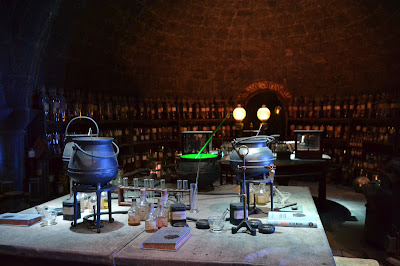 The Knight bus was made using pieces from three vintage London Buses. 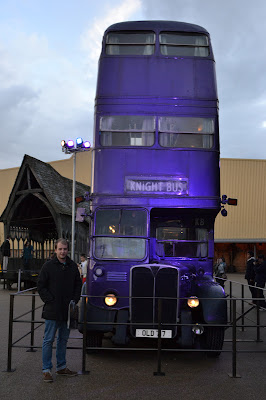 Privet Drive- they had recreated the fronts of Number 4 (where the Dursley’s live) and their neighbours at Number 3. 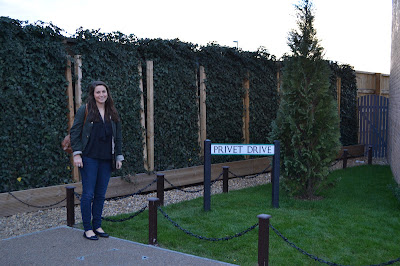 We could see the actual models of a lot of the creatures seen in Harry Potter, including Aaragog, Buckbeak and the Dementors. 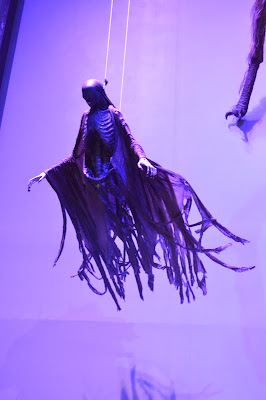 Two of the most impressive sets were left until last; Diagon Alley and Hogwarts Castle. 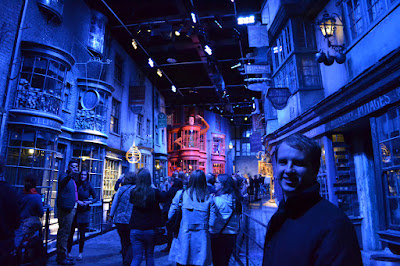 The detail that has gone into all of the sets is fantastic, each wand box in Ollivander’s was handwritten. They actually had the names of all the cast, crew and production people involved in the movies! Diagon Alley is built to size, whereas Hogwarts Castle is a scale model that took 42 days for the team to build, and had to be adjusted and have areas rebuilt for each movie, depending on what scenes were in the film. They based parts of cathedrals and castles around the UK including Durham Cathedral, where some of the scenes in The Philosopher’s Stone were filmed. 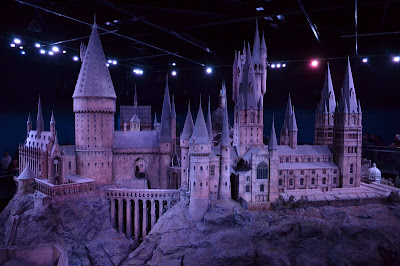 Every 4 minutes the lights in the room with the castle were turned off and Hogwarts lit up from within to show how they filmed the night scenes. So impressive.
I am a real Harry Potter geek and had watched the first 3 films again before visiting. I am so glad I did, but wished I’d managed to get through all 7 before to remind myself of all the storylines, props, creatures and costumes. I loved our day out and would definitely recommend it to other Harry Potter fans!