I wouldn’t normally travel 2+ hours to get to a 5K race. But when Virgin Sport offered me and Tom bibs for the race, we realised that we’d be in London anyway for bday dinner with friends and it seemed like a great excuse to work up a sweat before hitting the pub.

Plus, when I realised the race didn’t start until 1.45, I knew I could sneak in a trip to Be:Fit beforehand.

Be:Fit was awesome, I stocked up on Pip & Nut Coconut and Almond Butter, West Lab Salts Epsom salts, and had my hair braided so that I was race ready. Quick pit stop to take a photo on the flower swing, obviously (how do I get one of these at our wedding!?) 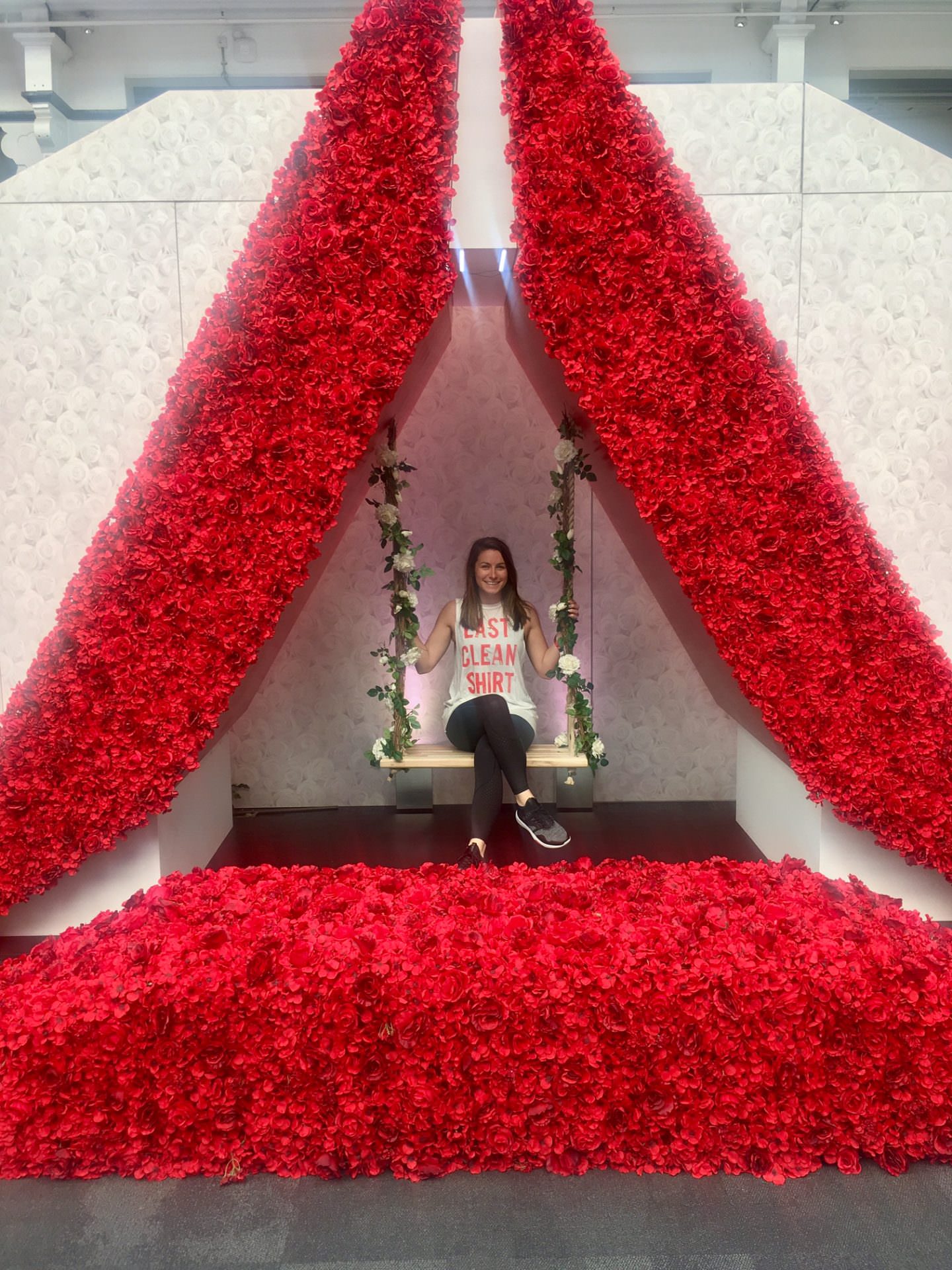 The journey over to the race village was long…. the Overground was closed which meant there was a good 30min walk from either Stratford or Leyton tubes to the start area, something to keep in mind for the 9am half marathon start! There was a bit of confusion around where our bibs were, and Tom didn’t actually have a bib. Plus I was concerned that the competition winners were having the same issues with missing race bibs -they were, but luckily the Virgin Sport team were able to sort them just before the race started!

We bumped into Fleur in the start area, took a pre-race photo and suddenly realised that we’d lined up behind the ‘jogging’ pace group. We pressed forwards but couldn’t make much headway – there weren’t specific corrals so we started in a big mass, which was slightly slow going but there was space to spread out a little later. 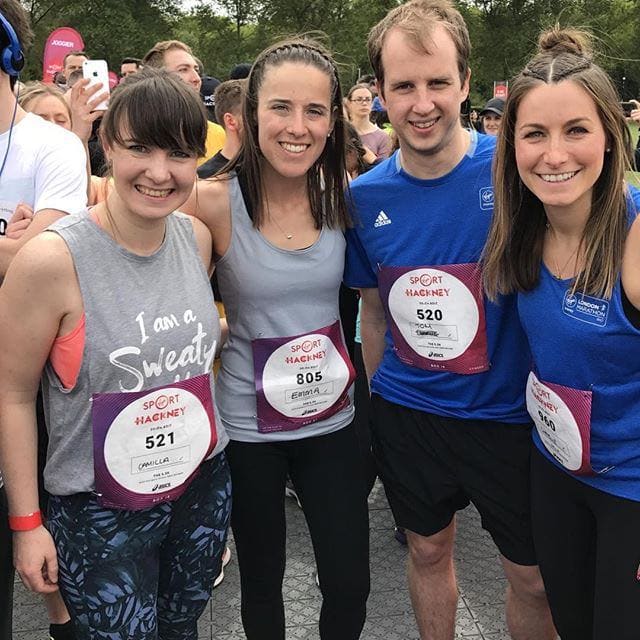 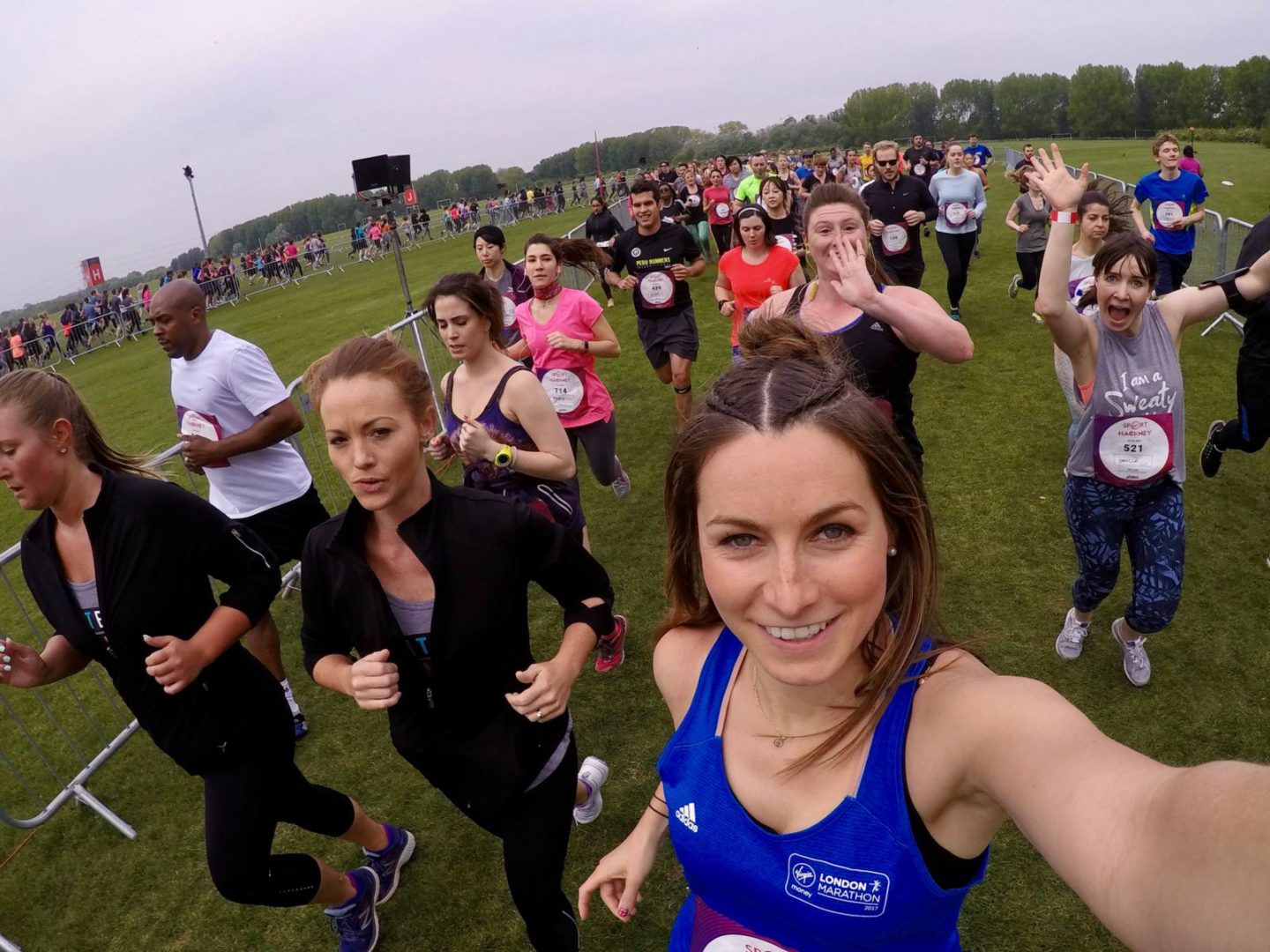 I was running without a watch, knowing that I’m far too competitive to be trusted to run a race with a watch and not want to push my time. Unfortunately there were no mile or KM markers on the route so I found it rather hard to know where we were – having run two marathons in quick succession, I hoped 5.5K would fly by. 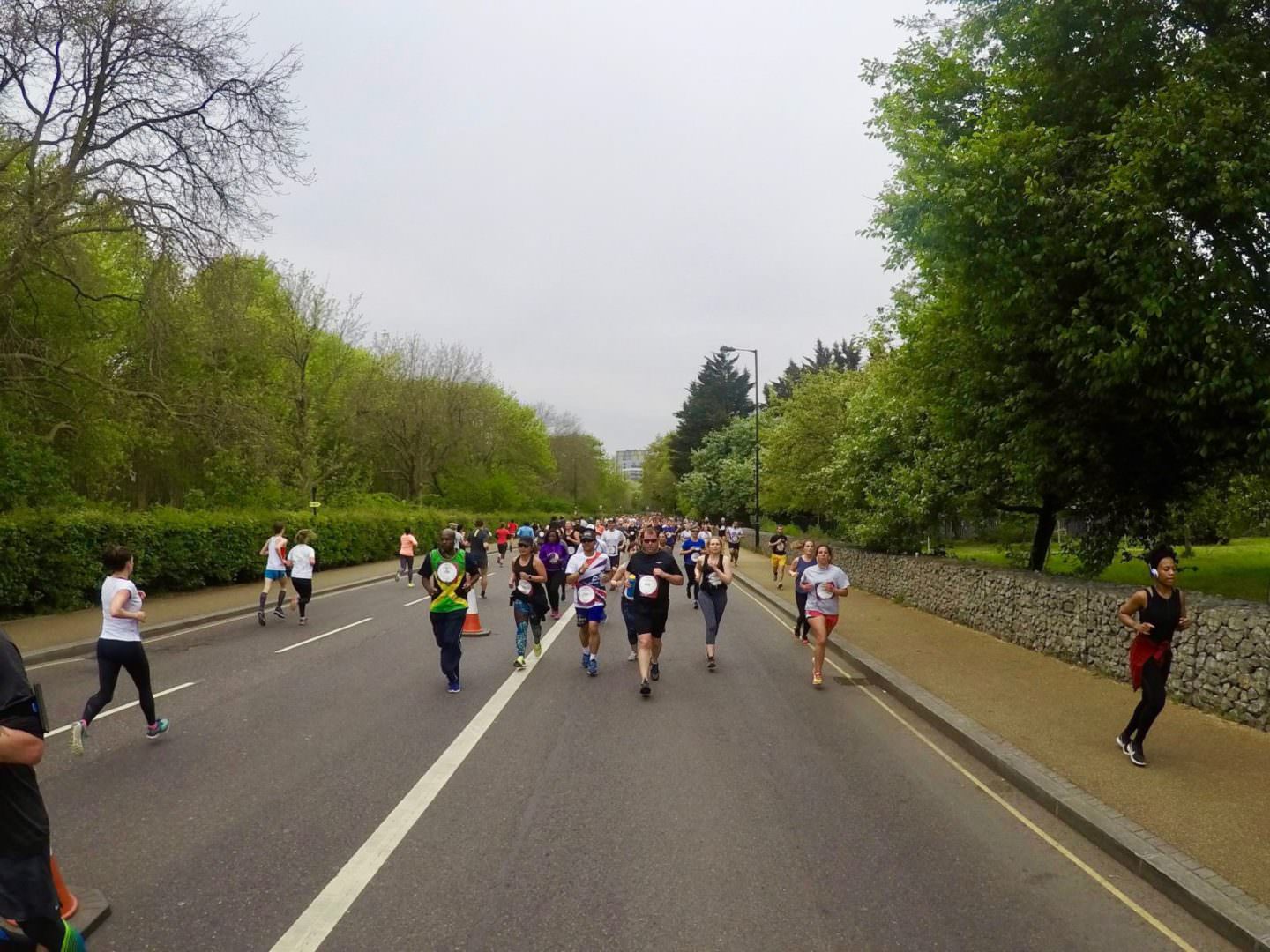 I was surprised by how hard it felt. I was struggling to keep up with Tom but without knowing what pace we were running, I couldn’t understand why it felt so hard. Maybe it’s the mileage in my legs, or the fact that I was actually running a sub 8 pace, or the fact that I’m used to running first thing in the morning, not at 2pm having eaten plenty of samples at Be:Fit. Tom did not run the whole thing with me as I’d requested, but kept surging ahead then waiting for me – anyone see my mid-race Instagram story? ?? 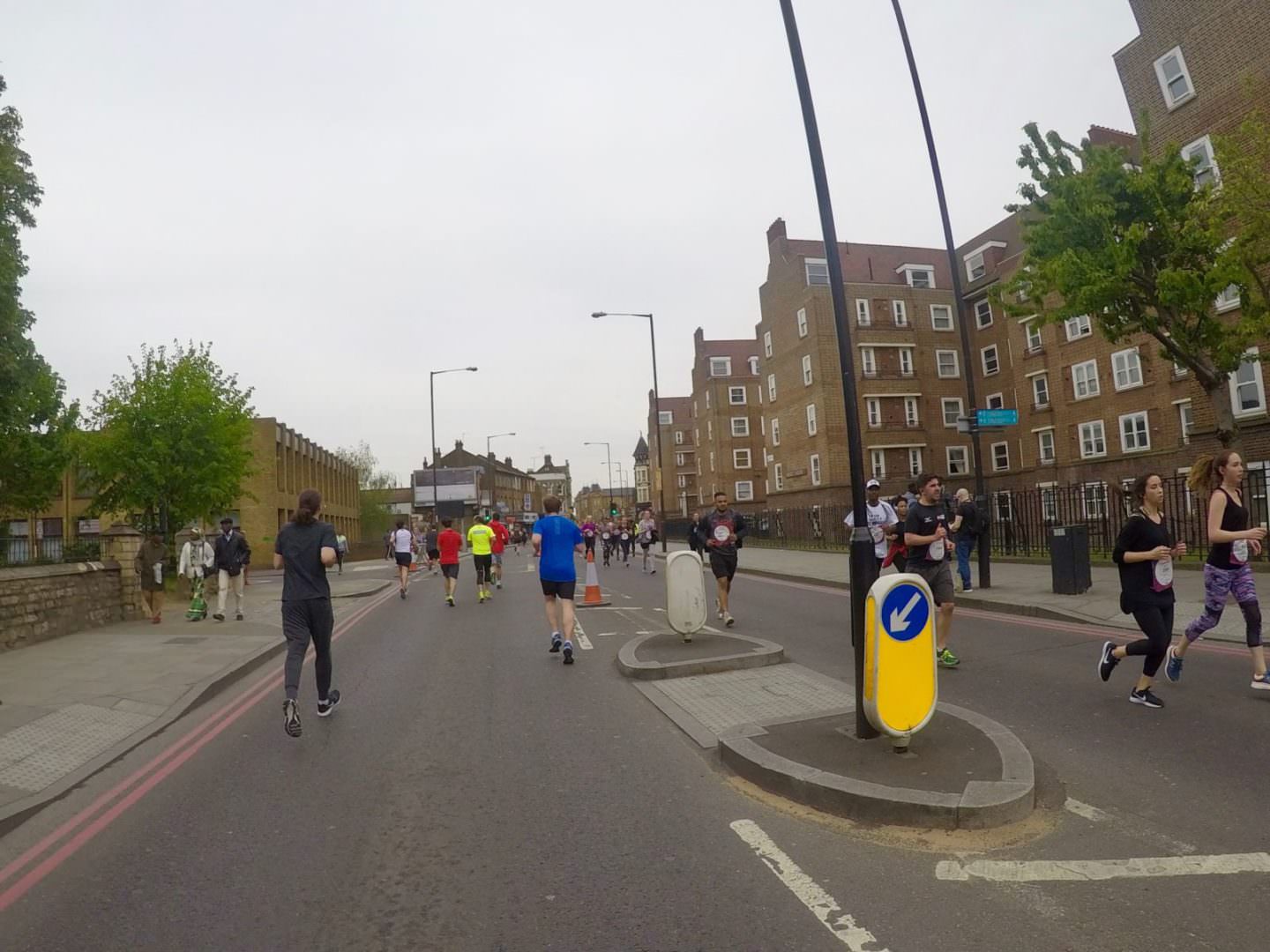 There was also a nasty little surprise hill about halfway round that coincided with some strong headwind… all part of the fun of running.

I was impressed with how many supporters there were watching, and how many people had stuck around after running the half to cheer the 5K too, however these groups were clustered mostly around the park area rather than on the roads.

The route however, is boring. It was basically two out and backs along main roads, (it would have been more fun to run a loop of the park I think!) and there wasn’t as much music along the course as I thought there might have been. Given the route, I’m not sure why they chose a 5.5K distance, surely they could have just turned around earlier on Homerton High Street? Odd choice. 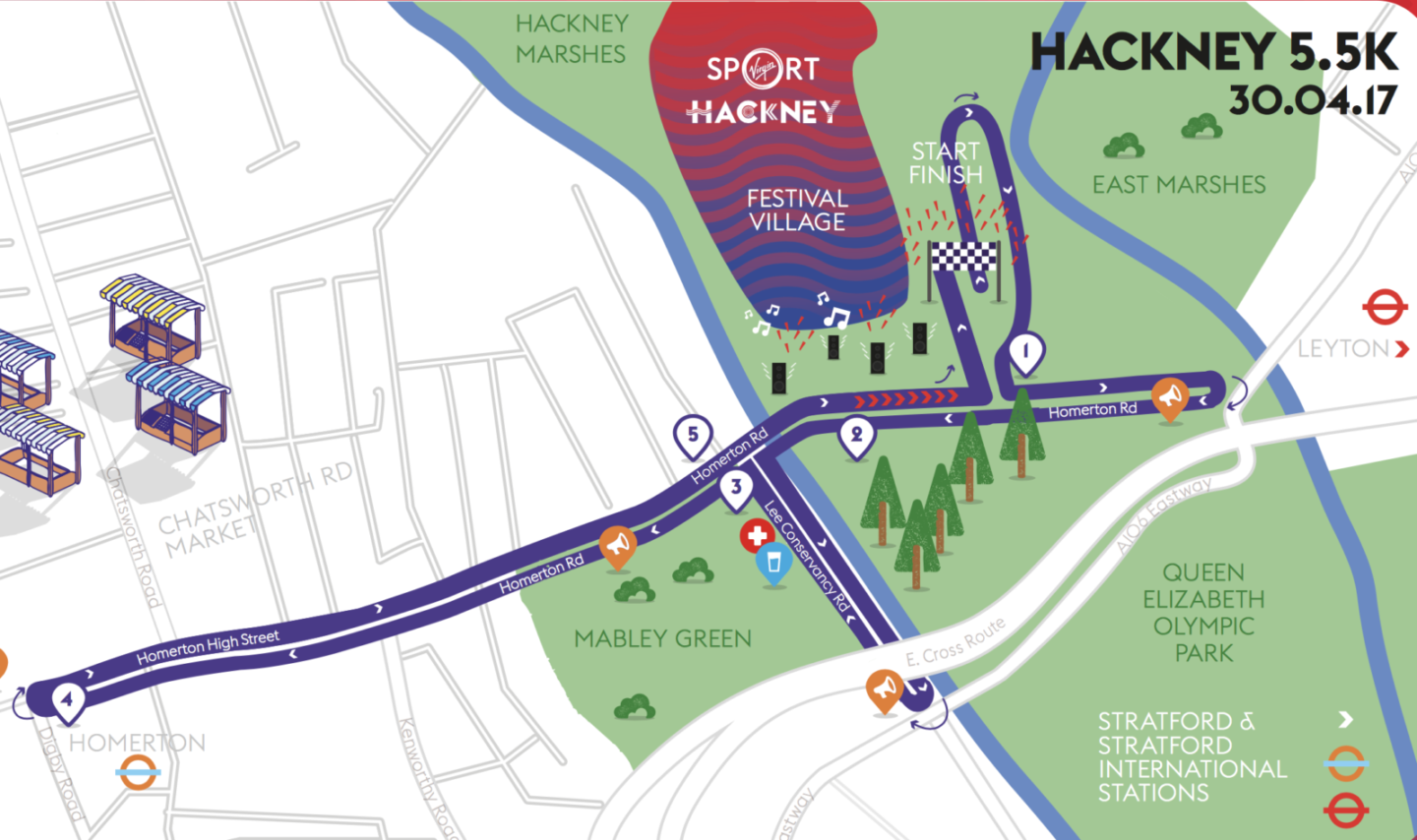 After taking part in the London Marathon, I was worried that this course would be just as packed, but was pleasantly surprised by how much space I had. I’m not sure exactly how many people ran the 5.5K (website gives 702 results but I know some of the last minute bibs aren’t on there yet) and the results say I came 88th – but they also say that I’m 19 years old… 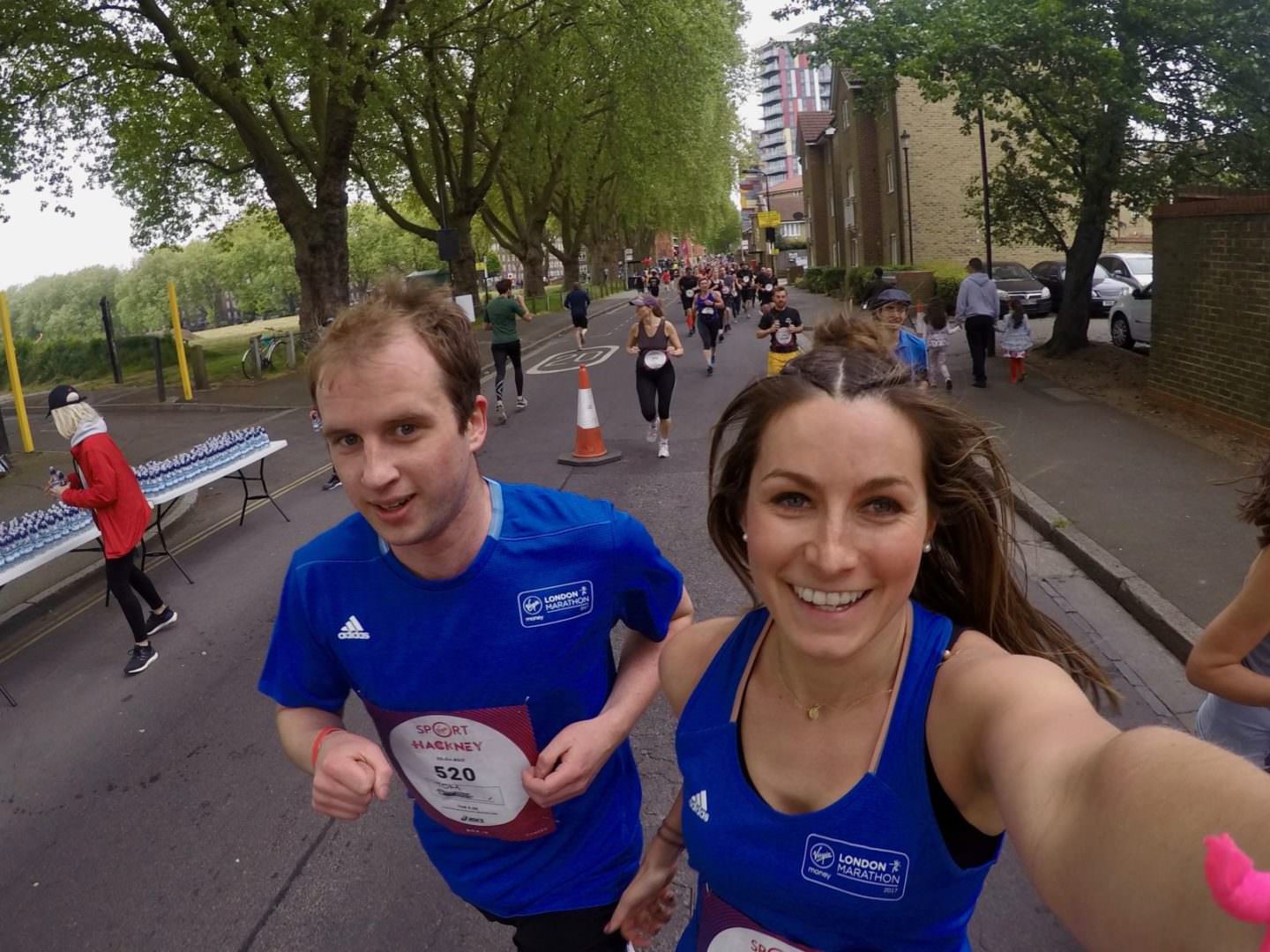 One thing I loved was one of the winners clapping US as he ran past in the other direction. I’ve only ever seen that the other way round in races and I loved it!

The race was well organised, the race village was awesome (Fleur text me excitedly post race to tell me Crosstown Doughnuts were there, sad we missed them!), and the medals and goody bags were amazing. Plus I was grateful for the bottles of water handed out around halfway – it was very welcome. Plus the race photos are going to be FREE. I love it when races offer this added bonus. 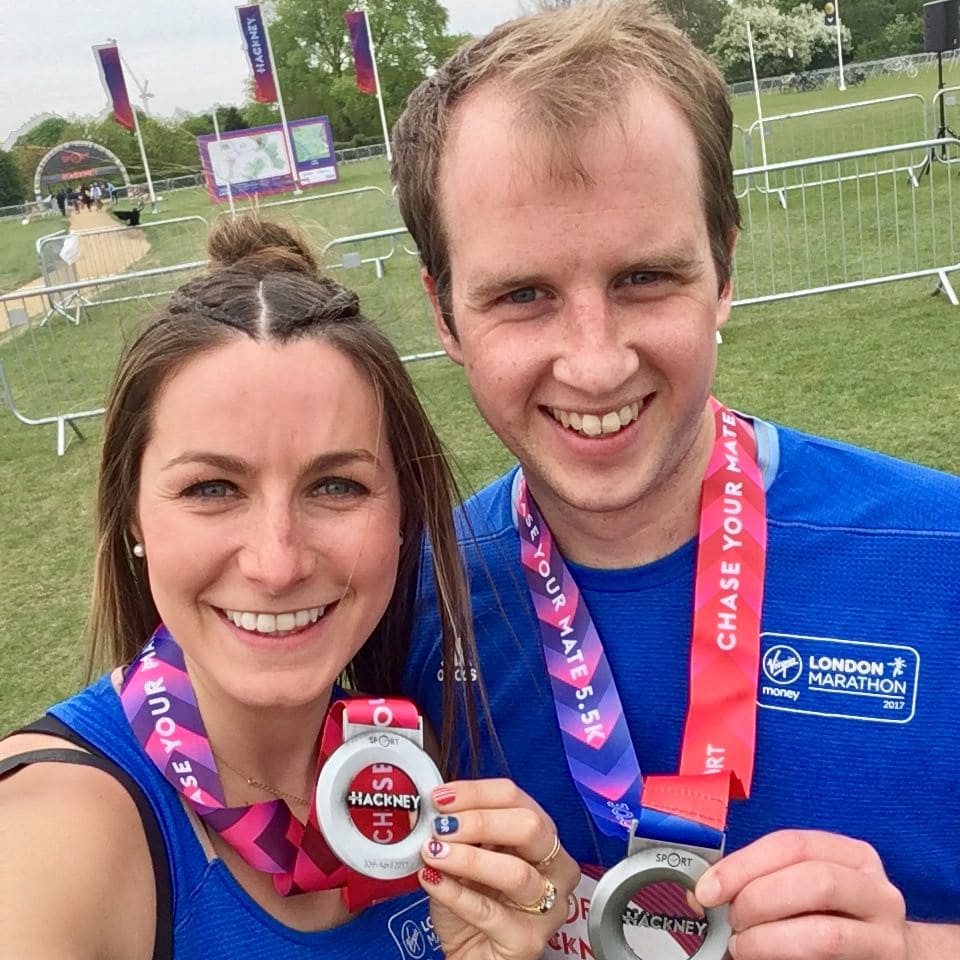 For £12.50 (they were offering buy one get one free on 5.5K bibs) I think it was great value for a London 5K race, great swag and impressive medals.

Whilst I was given the bibs for this race, I am always honest about races (and kit etc) – it’s important to me to share the real experience. So personally, I probably wouldn’t sign up for the 5.5K race next year, but I would run the half marathon. It’s such a shame that it was the weekend after the London marathon as I know a lot of runners who were disappointed to miss out on the Hackney Half this year. The race seemed really well organised, despite being quite busy, they didn’t run out of water (as happened at a previous Hackney Half), the village and post race food was awesome and the medals are epic. For me, the 5.5K was just a little too boring a route, too late in the day considering the half was at 9am, and the on-race entertainment was lacking. However, given that this is Virgin Sport’s first Festival of Fitness, I’m sure they’ll take on feedback and make next year’s event even bigger and better. 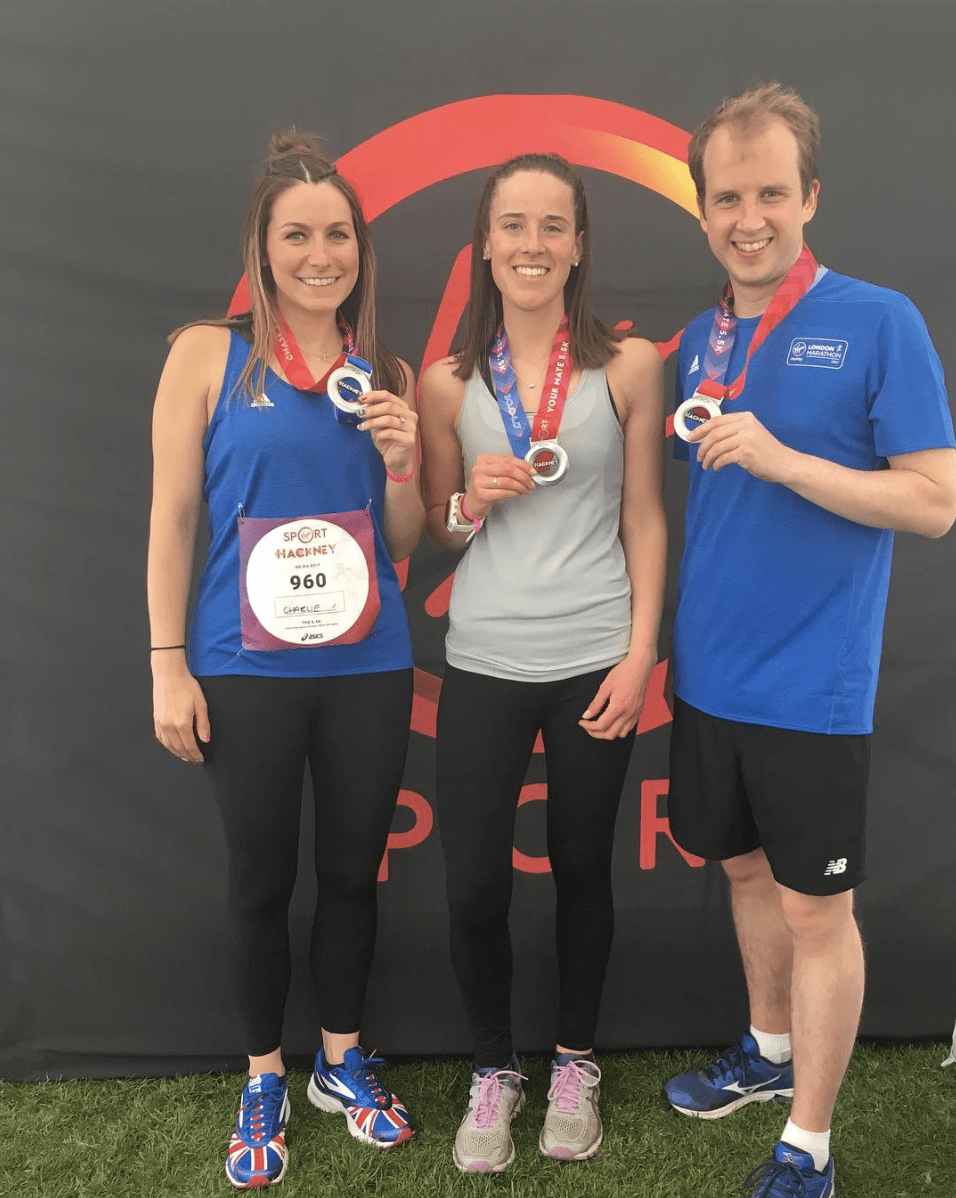