I started making my smoothie today full of optimism, but unfortunately, once it started to turn brown, I became a little less than impressed….

Today is the first day of the 21 Day Green Smoothie Challenge, and I opted for the Cucumber and Strawberry smoothie from Joy the Baker. Now, if you click on the link, you will see that the smoothie does not look green, but I (somewhat naively) thought that it would turn green if I added spinach to it! Joy’s photos are also much, much better than mine.

Lets start at the beginning, where instead of following the recipe exactly, I ‘tweaked’ it. By tweak I mean substituted almond milk for apple juice, strawberries for frozen mixed berries, and added in spinach and vanilla protein powder. 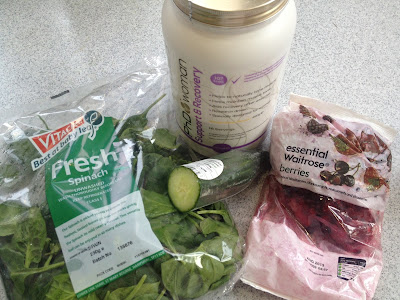 AKA. I made a whole new, brown smoothie. And did not really make Joy’s delicious looking Cucumber and Strawberry smoothie. 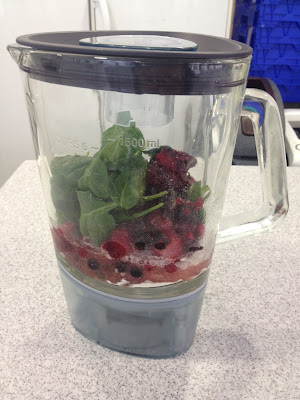 I had to use a green straw to drink my smoothie to make me feel like it was at least a little green! 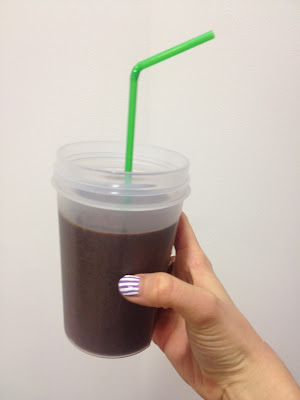 If you would like to make this brown smoothie too, here’s what you do:

Whiz in a blender until smooth.

Let’s hope tomorrow’s smoothie is a little more GREEN! I’ll be making this Kiwi Smoothie tomorrow morning, and taking better pictures of it I hope!

If you’re following the challenge, how did your first smoothie go? Do you think this smoothie counts as part of the challenge as it technically wasn’t green?