The Standard Chartered Great City 5K race runs through the City of London. It’s a corporate challenge, involving teams from numerous companies across the City. Teams are made up of at least four runners, with the best four finishing times taken in each team. There are all male, all female and mixed teams, as well as competitions within industries, including media, banking, legal and insurance.

I was running as part of Team Runner’s World, within the media competition. Running with team a team whose job is to run, meant that not only was I going to come last in our team, but my time probably wouldn’t be counted in the results either- even though everyone else on the team was nursing injuries and I wasn’t! 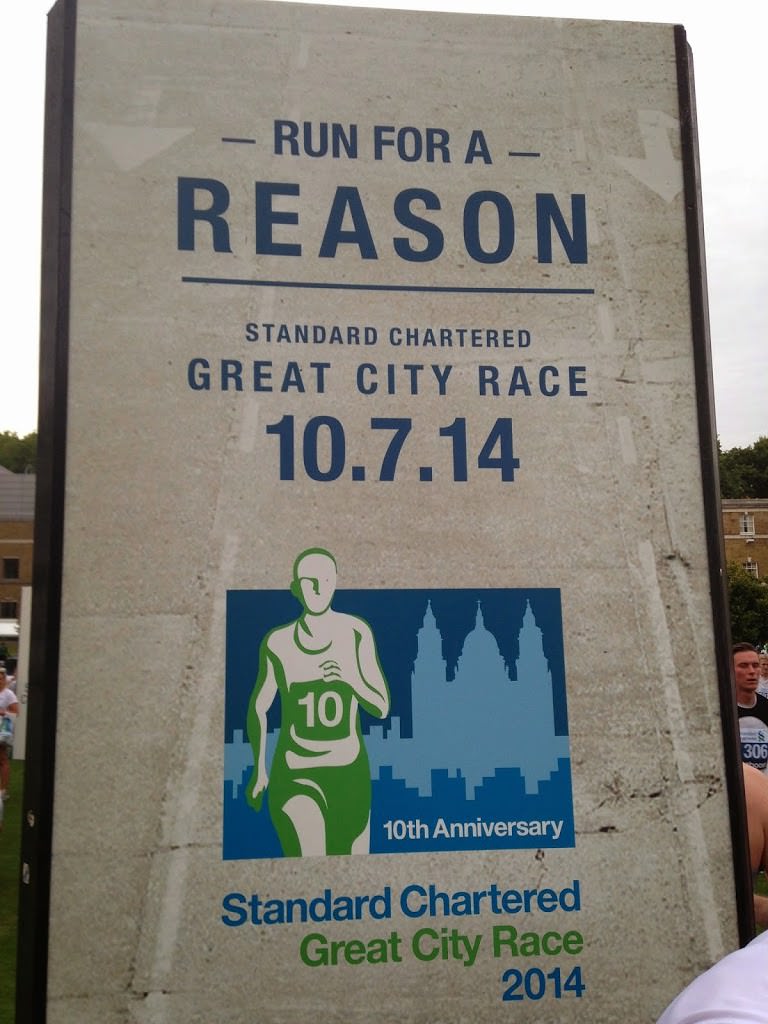 Speaking to Kerry (my unofficial coach for Berlin, a job which he’s taking very seriously and is amazing) beforehand he said that I should be aiming for a sub 25 minute finish, taking in to account the crowded course and the lunchtime boxing session.

I was quickly ditched by the rest of the team, and although I tried to keep Sam in view, I lost her after the first mile and just decided to go for it. I haven’t run a proper timed 5K in well over a year, and think my PB is about 24.10 (although even that was at Race for Life). Knowing that I am much faster than last year, but also tired from training and not well fuelled (I’d eaten a chocolate peanut butter brownie 4hrs before the race and was hungry at the start line) I didn’t know what I was capable of.

Halfway through and I remembered just how much 5Ks hurt. There is no respite, and the pace that I was trying to maintain was hard. My Garmin watch was also all over the place having lost signal in a tunnel- it was spitting out paces ranging from 2.30min miles to 12 min miles!

I crossed the finish in 23.17- and although I felt like I’d pushed, I knew that without the vommy feeling that I could have pushed harder.

Red faced, sweaty and with a horrid forehead vein (and a LOT of filters on the picture)! 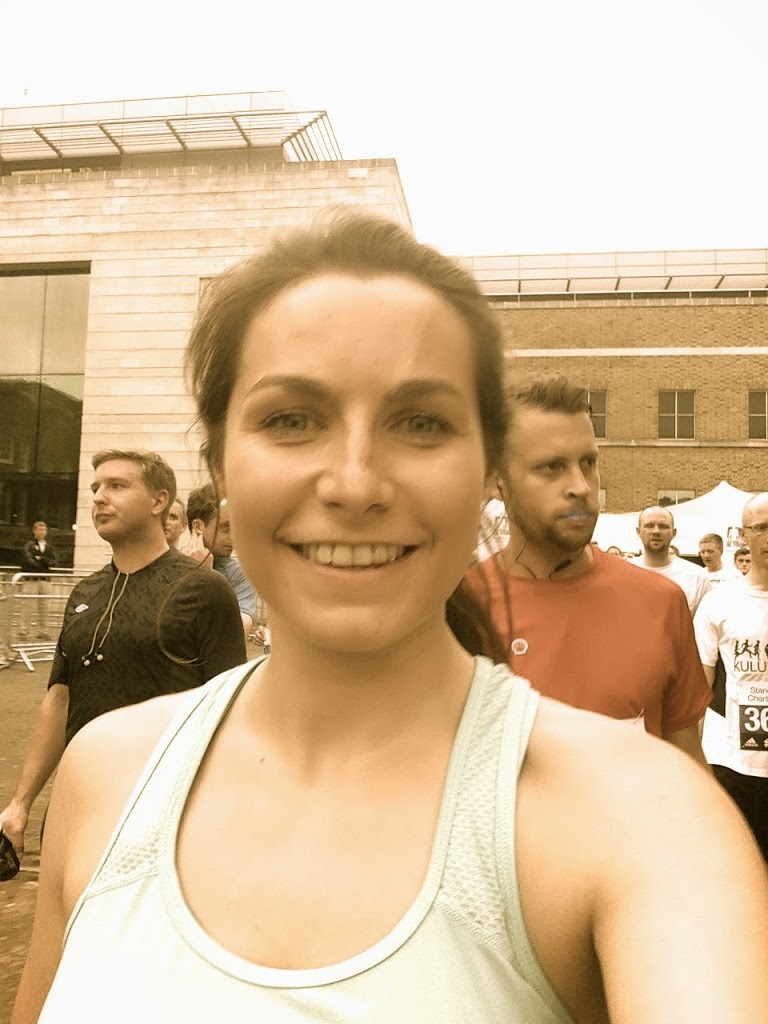 We followed up the race with some food and beers, where I noticed I was the only one in the team proudly wearing my medal- maybe after you’ve done so many races you become a bit blasé about post-race bling?

This was a fab race and I really hope I’ll get to run it again!