Remember the coach I was using for the NYCM, Gia? Well I was really lucky to get to meet her and run with her the day before the race. She leads a group run from Juice Press near Central Park and she invited me to join them. 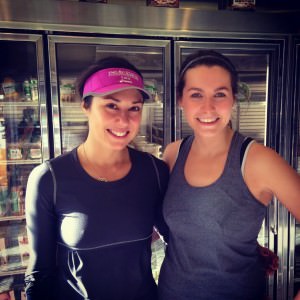 I felt like a bit of internet stalker, having only spoken to her on email, twitter and through reading each others blogs!

On Saturday morning, NYRR had put on a ‘Dash to the Finish’ 5K, running through the streets of Manhattan and finishing in Central Park. This meant that a lot of the roads had been closed around my hotel. I was just in time to see some of the elite runners fly past. 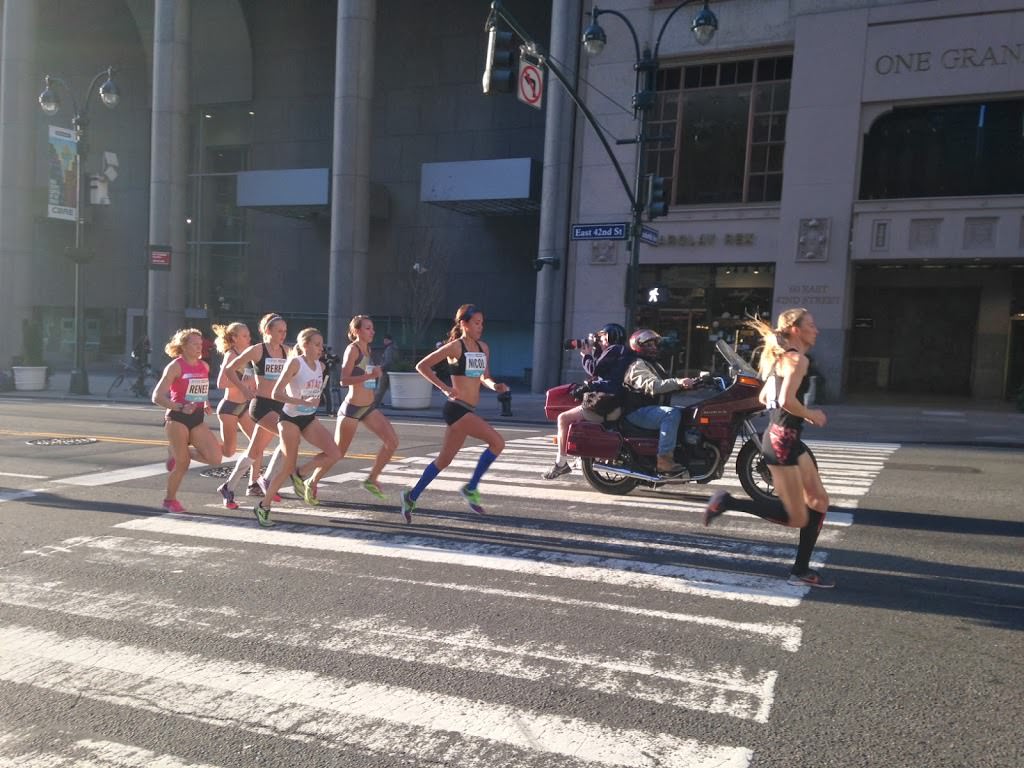 It meant that getting a cab was slightly tricky, and I ended up running halfway to Central Park before finding streets that were open as normal, and a cab willing to take me!

It was a gorgeous sunny morning, and so warm! The trees in Central Park was amazing, with such bright autumn colours. Our group ran into Central Park from the East side, ran and loop and joined up with the group from the West side. 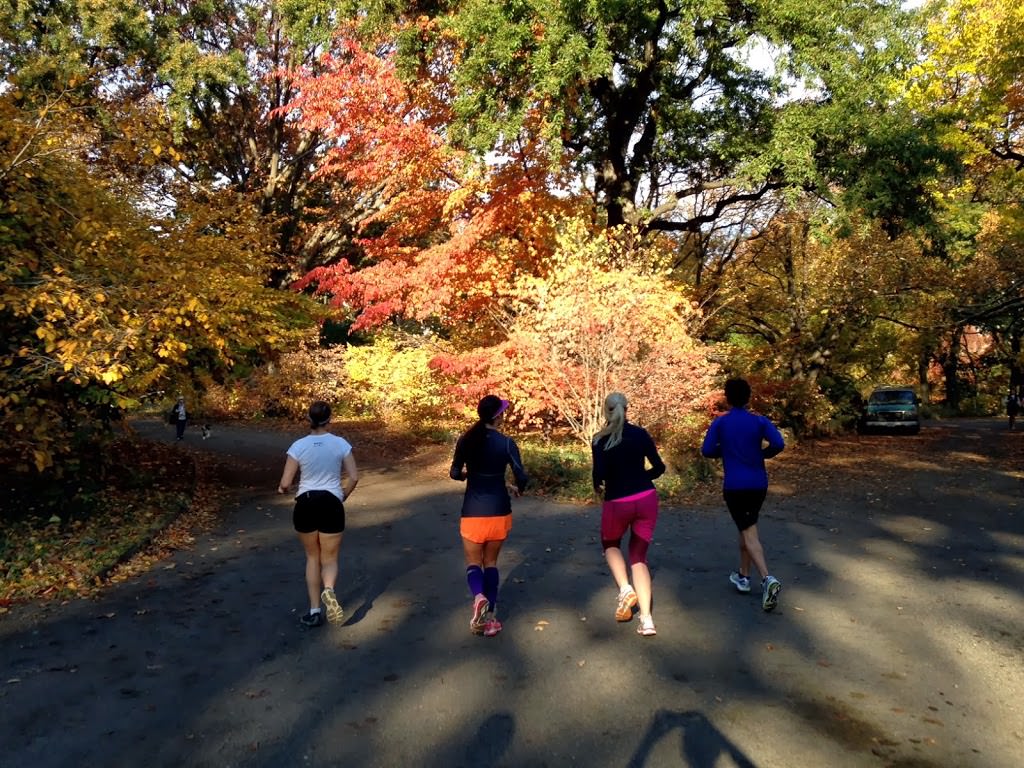 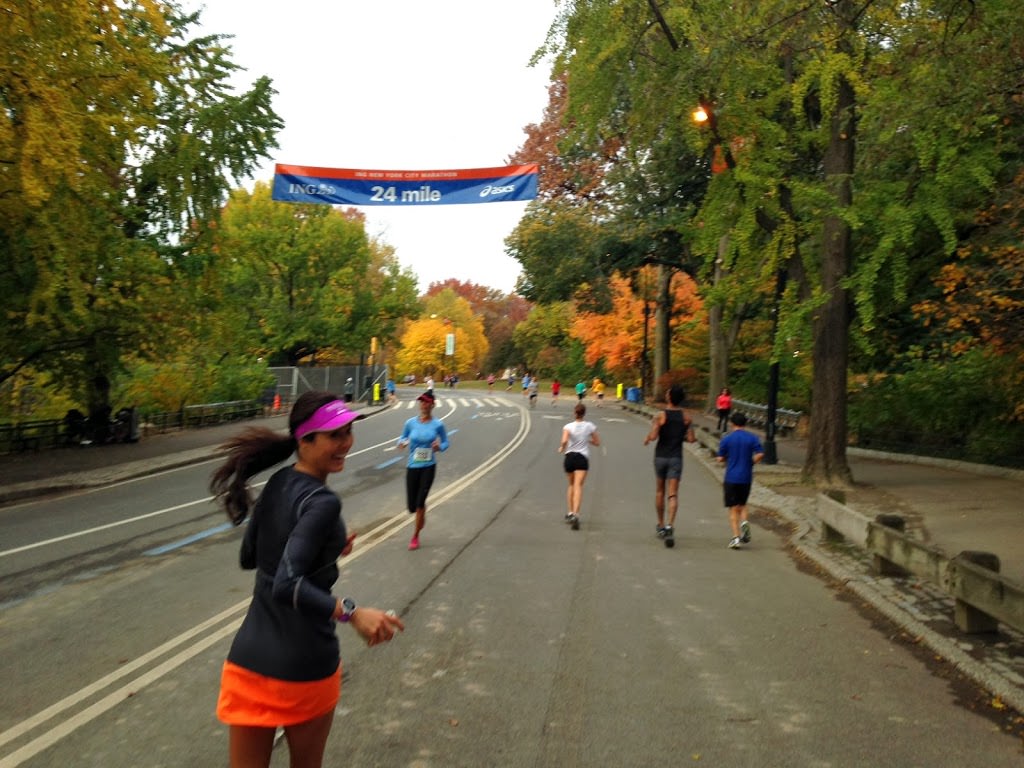 The 24, 25 and 26 mile markers were all set up for the big day. It felt amazing to run the final few miles, knowing that the next day the sides would be lined with spectators, and the street would be full of runners. 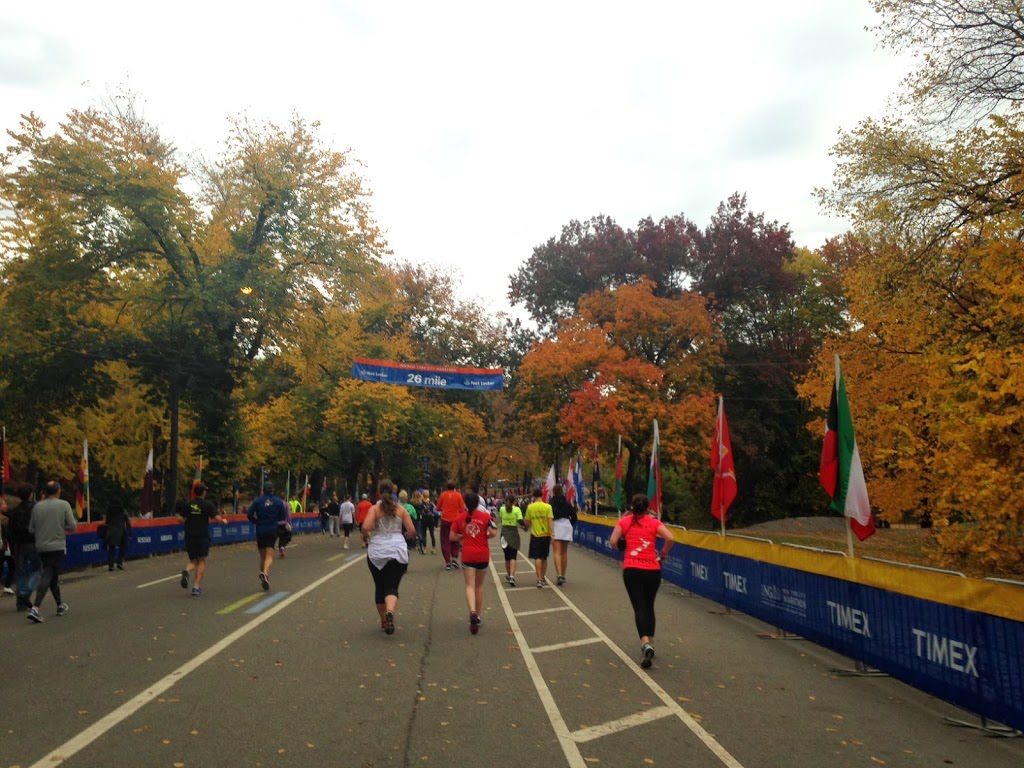 We kept following the marathon route to see the finish line, however, it was at this point that we realised that a lot of people around us were wearing the 5K bibs. We kept running, despite warnings from race officials to move to the side. As we were running towards the finish line as a group, we started getting filmed by the official race photographers- whoops. Crossed the finish line a day early and 23 miles short… 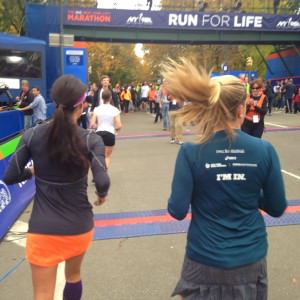 Our whole group got together the other side of the finish to pose for a photo before splitting up and heading back our separate sides of the park. 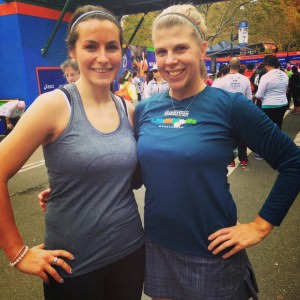 I’ve been reading Theodora’s blog for a while, and we’d been emailing about meeting up whilst I was in NYC, so it was a happy coincidence that she was joining the same group run. I got to meet her properly whilst running and pick her brain about the marathon and New York City.

It was lovely to stretch my legs out and run for fun without being worried about pace or distance, plus obviously meeting Gia and Theodora made it even better! It’s the strange thing about the internet, you can know so much about people without ever having met them, and go to a city where you know very few people but have a group to run with!

Would you meet up with friends you’ve met on the internet if you were abroad? I’ve met so many awesome running ladies in London thanks to twitter and this blog that I think it’s a great way to meet people with similar interests.