Last night, on the recommendation of my friend Amanda, Tom and I went to Forza Win. It is a pop-up restaurant in East London that serves Fonduta, a type of fondue from Northern Italy. We organised to go with Tom’s friend George, and his girlfriend Ellie. All day we were swapping excited emails about our evening.

The restaurant was set on a roof top, luckily it was covered and had plenty of heaters, plus there were blankets on most of the seats. (once again all photos were taken on an iphone so aren’t great quality!!) 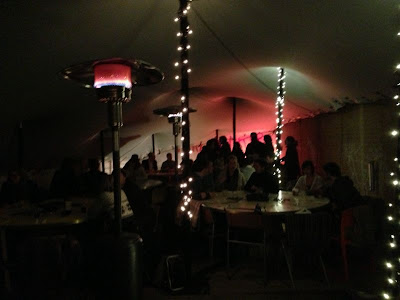 We arrived to a hot vodka and bailey’s based drink that tasted strong and Christmassy! We then switched to a delicious Italian white wine to cut through the cheese! 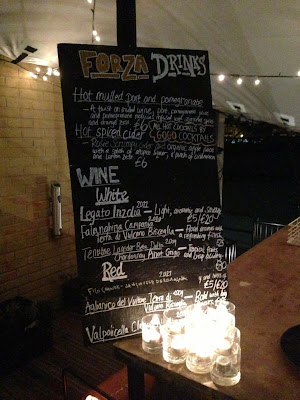 There were 5 large tables so our group of 4 sat with another couple, and another group. It was a self serve bowl of fonduta so we all got stuck in. 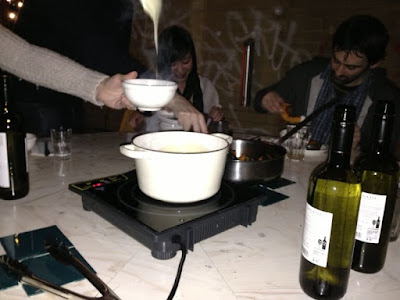 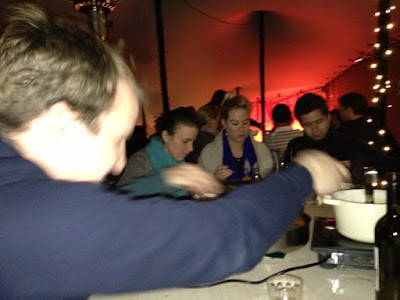 Fonduta is made with fondita soaked in milk for four hours, then melted down and mixed with double cream! It was delicious, so creamy and rich. Our bowl was topped up regularly throughout the night and we were given various things to dip into our cheese including roasted squash, soda bread, ham and sausages from gingerpig, and roasted parsnips. I was so full after going back to the fonduta bowl a number of times! Obviously I had space for the chocolate icecream from Gelupo. It was incredibly rich, so I made Tom give me some of his raspberry icecream to soften the intensity! 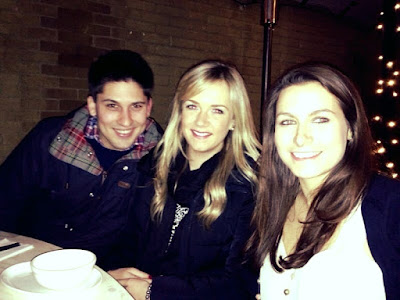 Not sure what I’m looking at or why I am so pale! There was also entertainment on the bill for the night, a guy singing and playing his guitar. Whilst he was a great guitar player, unfortunately having to sit silently and listen to him rather spoiled our conversation. We all agreed it would have been nice to have someting a bit louder as background music so that we could still talk. 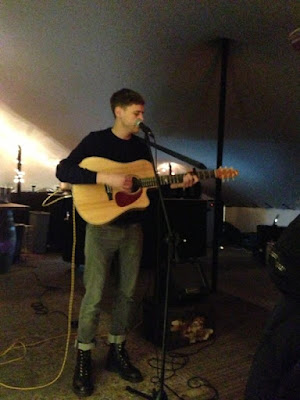 Overall it was a great evening, and I am so glad that we took Amanda’s recommendations. Tickets are sold out, but they are re-opening with a different menu in the summer! ﻿I was so impressed with our food that I tweeted Forza Win this morning, they obviously like it!

﻿I am trying to get better with twitter. Please follow me @charliedwatson, I promise to be a more regular tweeter (is that the right word?)