Are you scared of heights?

I know a lot of people are, and I am getting a little more nervy as I get older, but as a general rule, I don’t mind heights. I was really, really, nervous doing my bungee jump in New Zealand, infact I nearly chickened out completely. It was only my friend Char saying ‘you’ll really regret this if you don’t do it’ and the fact that it was non-refundable, that had me throwing myself off the platform! (It still gives me clammy hands just thinking about it!)

But when I was offered the chance to try a flying trapeze lesson in Regent’s Park with Gorilla Circus, I couldn’t say no. I asked my friend, Leah, if she wanted to come with me and without thinking about it, she said yes! 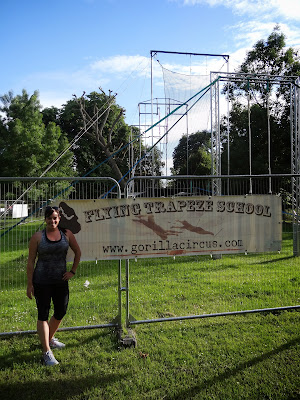 Upon arrival we had a quick safety chat; no walking under the net, listen to instructions and do as you’re told, and if you walk into a stake in the ground you will be laughed at.

Our class was a mixture of ages although mostly women in their 20s out trying something new with friends, and one guy who seemed to have been quite a few times before. After a brief warm up, we practised the routine that we would be performing on a low bar, assisted by two of the instructors.

The routine included holding the bar (thumbs under) with straight arms, swinging our legs up and over the bar with pointed toes, letting go with our arms, swinging back up, releasing your legs before a quick back flip and off. No big deal. 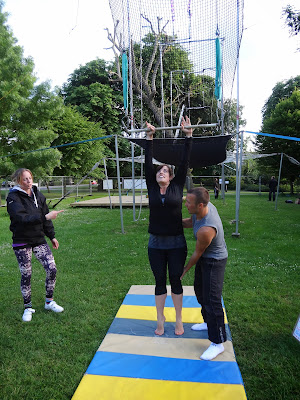 Leah nervously went first, so I positioned myself to take some pictures, and before I knew it she was in the net. Unfortunately, I think the nerves had got the better of her and she had jumped with bent arms. It understandably knocked her confidence but did have another go just to say she’d done it before calling it a day on her flying trapeze career (read about her experience here!) 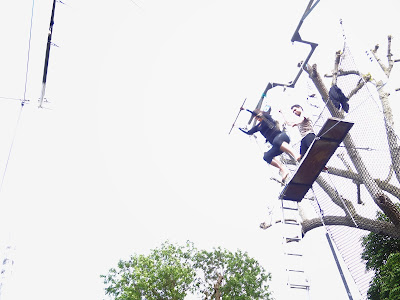 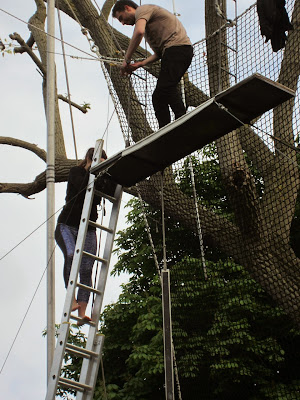 I was shaking as I made my way up the long ladder to the platform. Here you are unclipped from the safety rope and have to make your way across the small platform before being reattached to the bar. At this point you have to stand on the edge of the platform on your tiptoes, leaning out to grab the bar whilst an instructor is holding your harness. It is very, very nerve-racking. 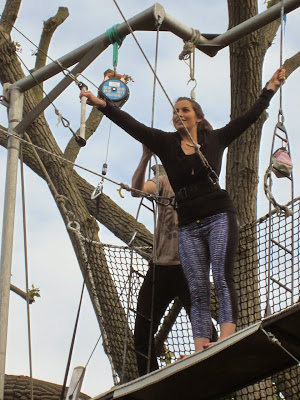 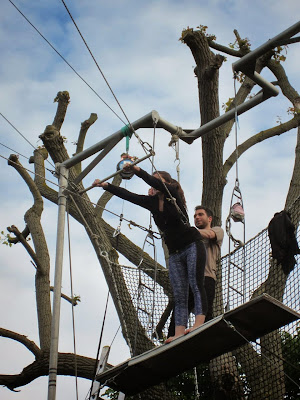 The instructor on the ground then tells you ‘Ready’ = bend your knees, ‘Hup’ = Jump. 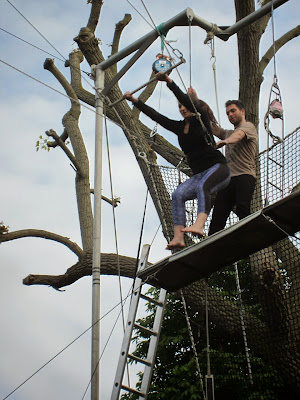 And you’re flying (as long as you keep your arms straight!) 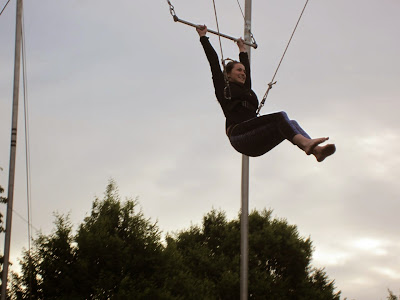 You swing your legs up to hook them over on the pendulum movement forward, and release the arms on the back swing. My first two goes I couldn’t get my legs over in the first attempt but managed it on the second swing. It felt awesome. 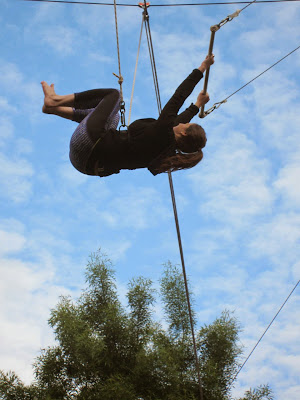 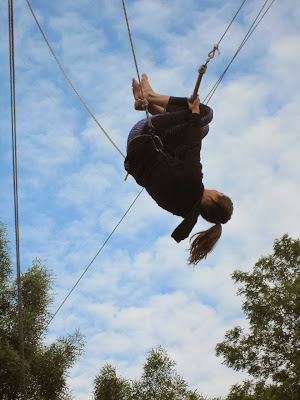 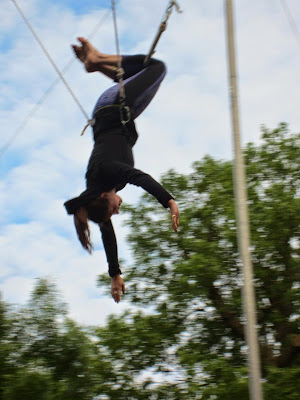 But I freaked out when it came to doing the backflip. I shouted down that I didn’t want to do the flip and could I just come straight down. On my second attempt I did manage the backflip though and think that’s actually the scariest part! 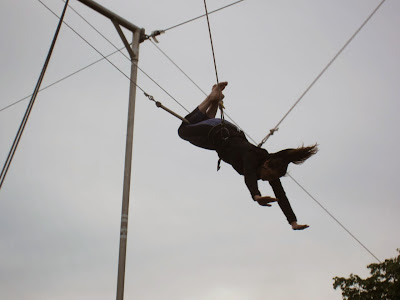 For our final go some of us were allowed the chance to try a catch. One of the other instructors, Debs, was on the other trapeze, and so when we realised our arms we had to reach through and grab her arms, and release our legs. I was excited to have a go…until I started climbing the ladder. At which point I shouted to Debs ‘ I don’t think I want to do this!’. She assured me that I could and that it was just like previous goes (and no backflip!!!) So I went for it! 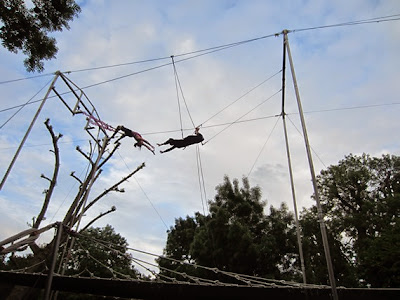 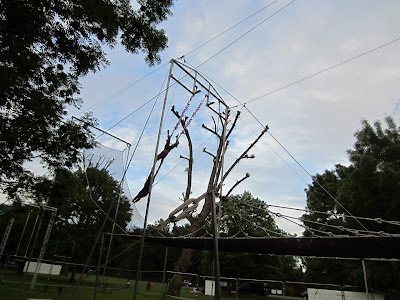 I was thrilled to have made the catch, and shaking from fear and adrenaline by the end of the session. It was a brilliant evening, and fun to try something so different. My arms and abs ached for a week afterwards, so obviously a bit of a workout too! However if you don’t like heights it might be worth giving it a miss!

Situated in Regent’s Park for the Summer, Gorilla Circus offers trapeze lessons for anyone interested aged 7-70. A single class costs £24. I was given this class complimentary but all opinions are my own.

Have you or would you try a flying trapeze class? I’ll definitely take another class if I get the opportunity!