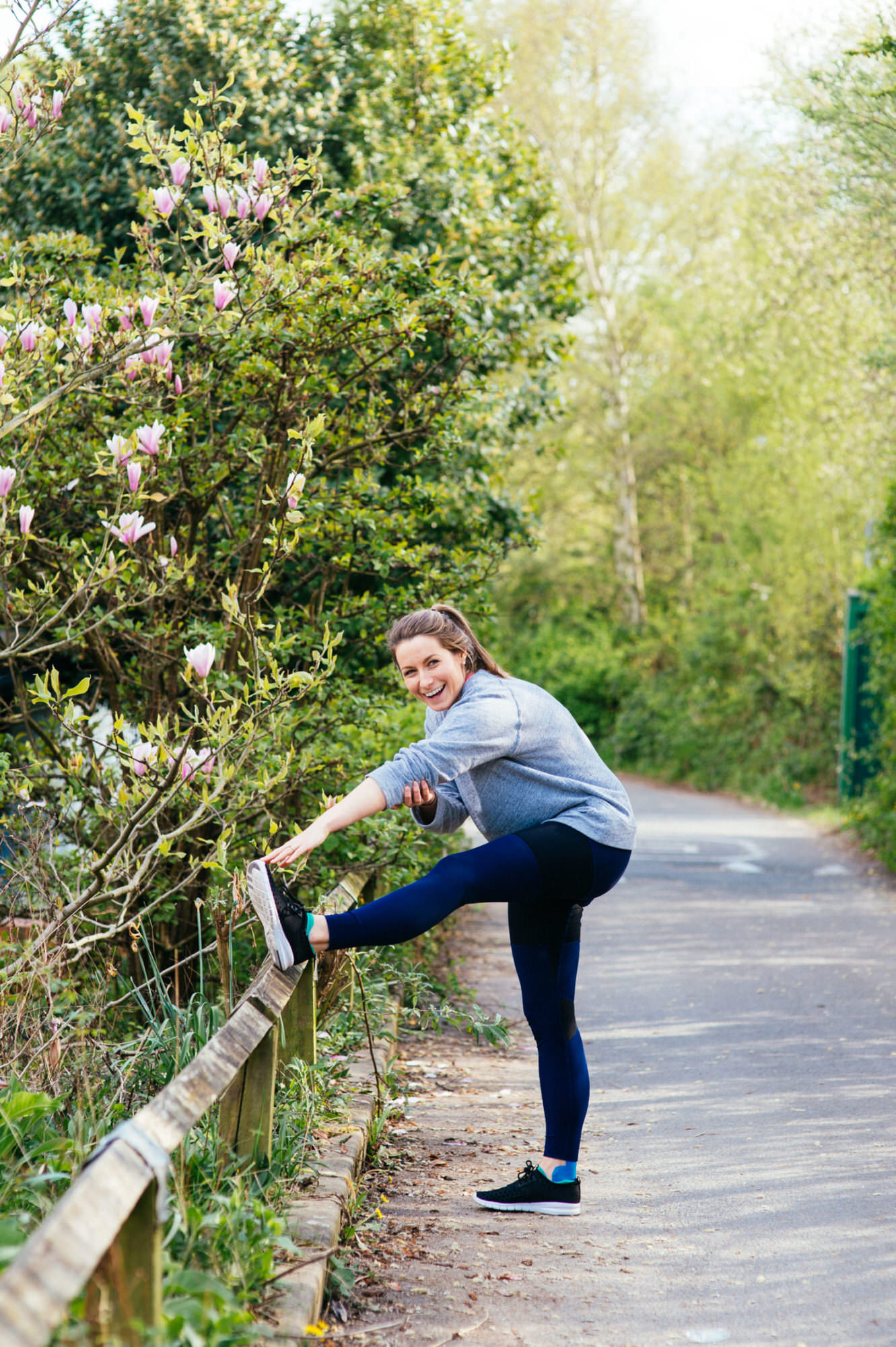 When I first received an email about the Jack Wills active range, I didn’t expect much. Recently, it seems that every clothing brand has jumped on to the activewear bandwagon, with varying success and quality.

For me, I feel if as a retailer you can’t make active wear that fits its function – to hold up in the gym, on a run or in a class, then you shouldn’t be making it and calling it active wear. Yes we all complain about how expensive brands like Lululemon and Sweaty Betty can be, but their stuff holds up. I have Lululemon leggings that I’ve worn on a near weekly basis for 4+ years and there’s barely any signs of wear and tear. Cost per wear is ludicrously low.

Some of the ‘active wear’ I’ve been sent I’ve been asked to describe as ‘athleisure’ rather than activewear – I’m guessing because they don’t actually function as fitness gear. Seams rub, elastic moves, fabric isn’t sweat wicking. When I’m running 15+ miles, I don’t want to think about my clothing, I just want it to work.

I wore and loved Jack Wills back at uni where it was a bit of a uniform in our halls, however I admit, I expected the Jack Wills range to fall into the ‘athleisure’ category. 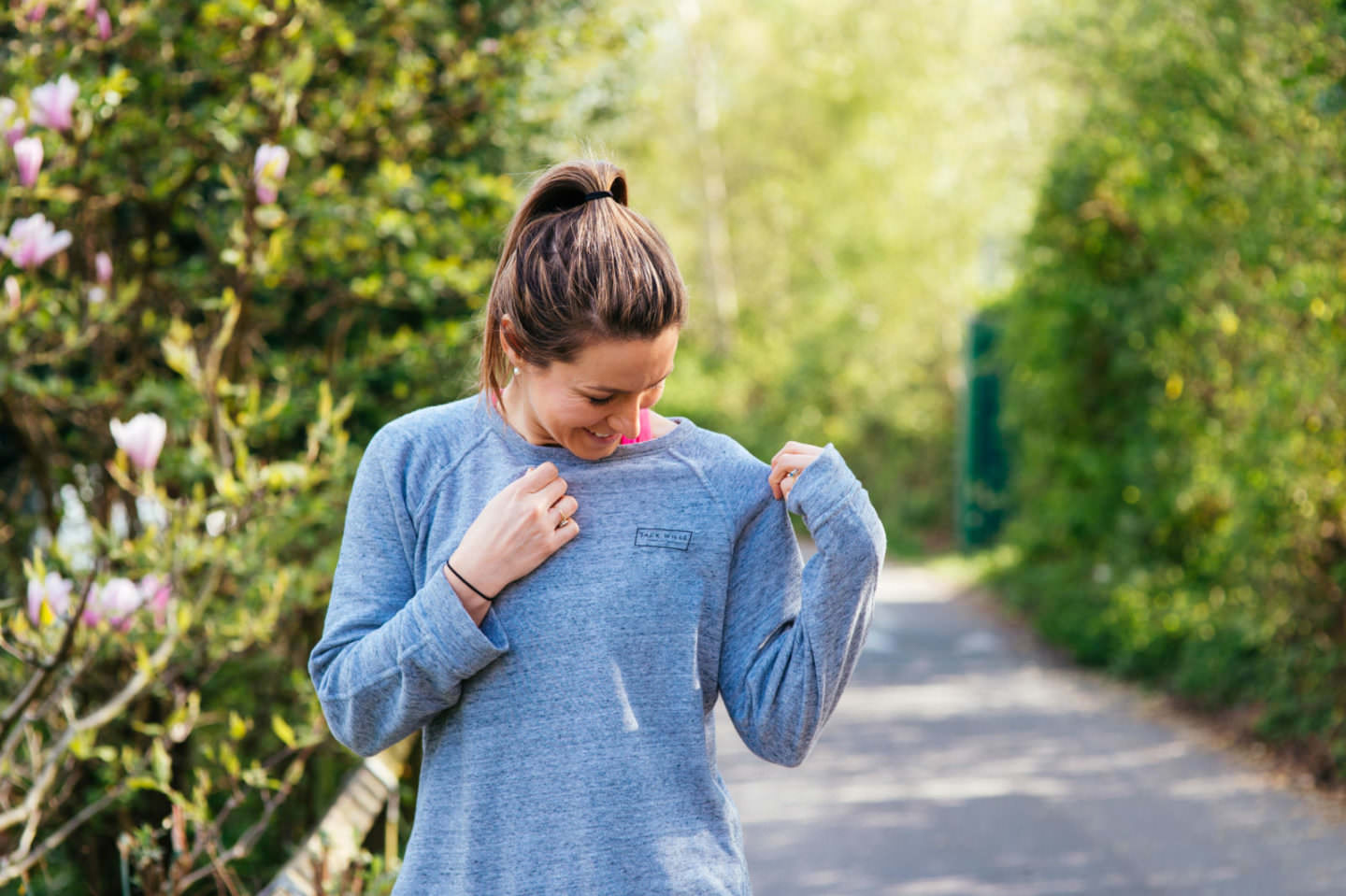 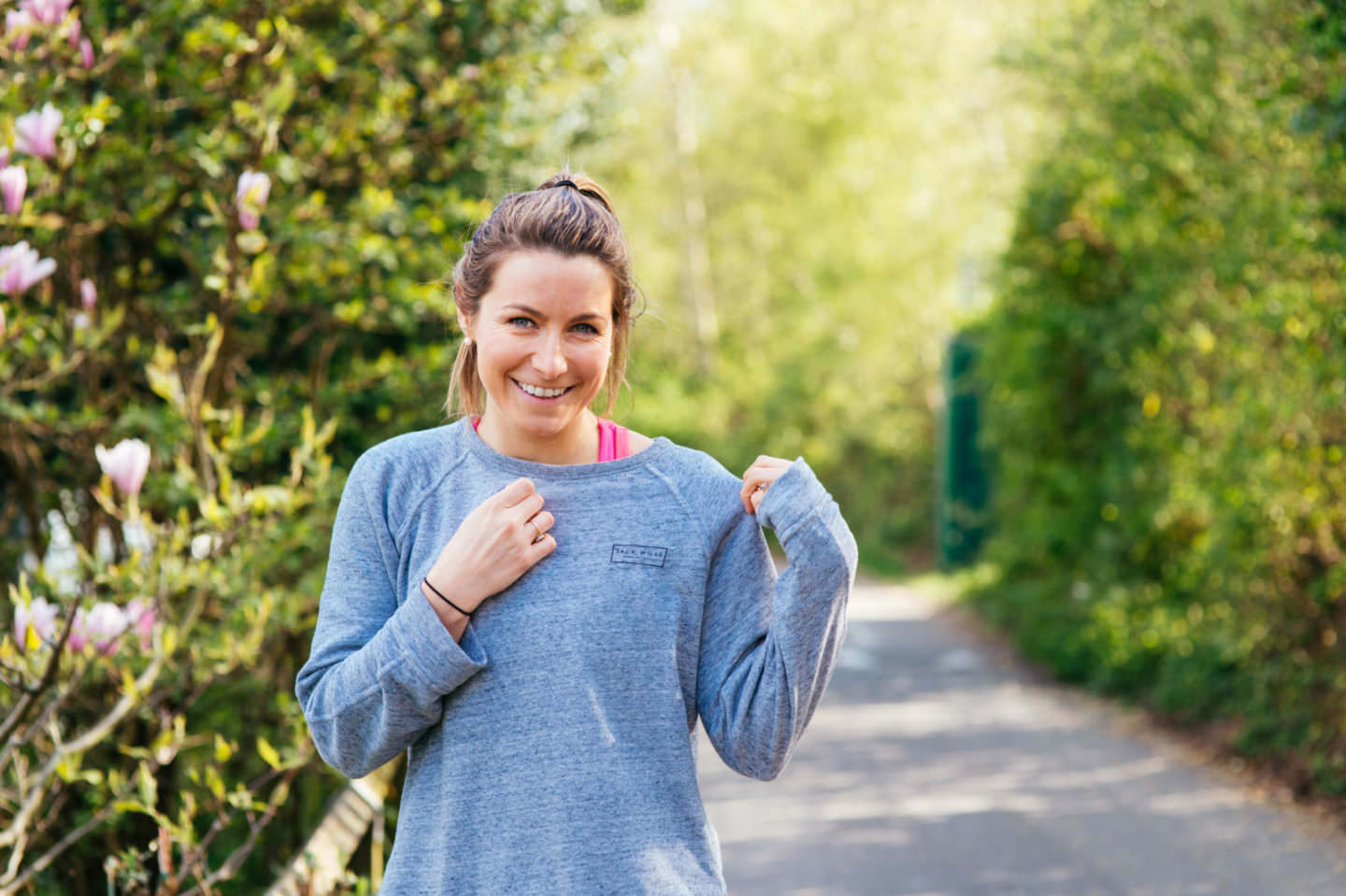 I was pleasantly surprised. I asked for this grey jumper in a size bigger than I usually wear so that I can throw it over my running kit, or wear it with skinny jeans to uni. It’s so comfortable and snuggly – I actually wore it on my long haul flight to Tennessee a few weeks ago. I wouldn’t wear it for my actual workout though (its made from normal sweatshirt material) and it definitely fits more into the ‘athleisure’ category, however it’s a great throw post yoga/barre/gym. I really like the styling of it too – the logo is pretty understated unlike a lot of workout gear so it doesn’t look out of place with jeans and trainers.

The leggings however are pure activewear. They are high waisted and seamless making them super comfortable for long runs as well as workout classes plus there’s a zipless pocket in the back that’s large enough for my phone, bank card and key. My favourite part about them though… the bum is double lined so you don’t have to worry about flashing your underwear (or lack of!) to anyone around you! I love the blue and black panelling and found the cut very flattering. 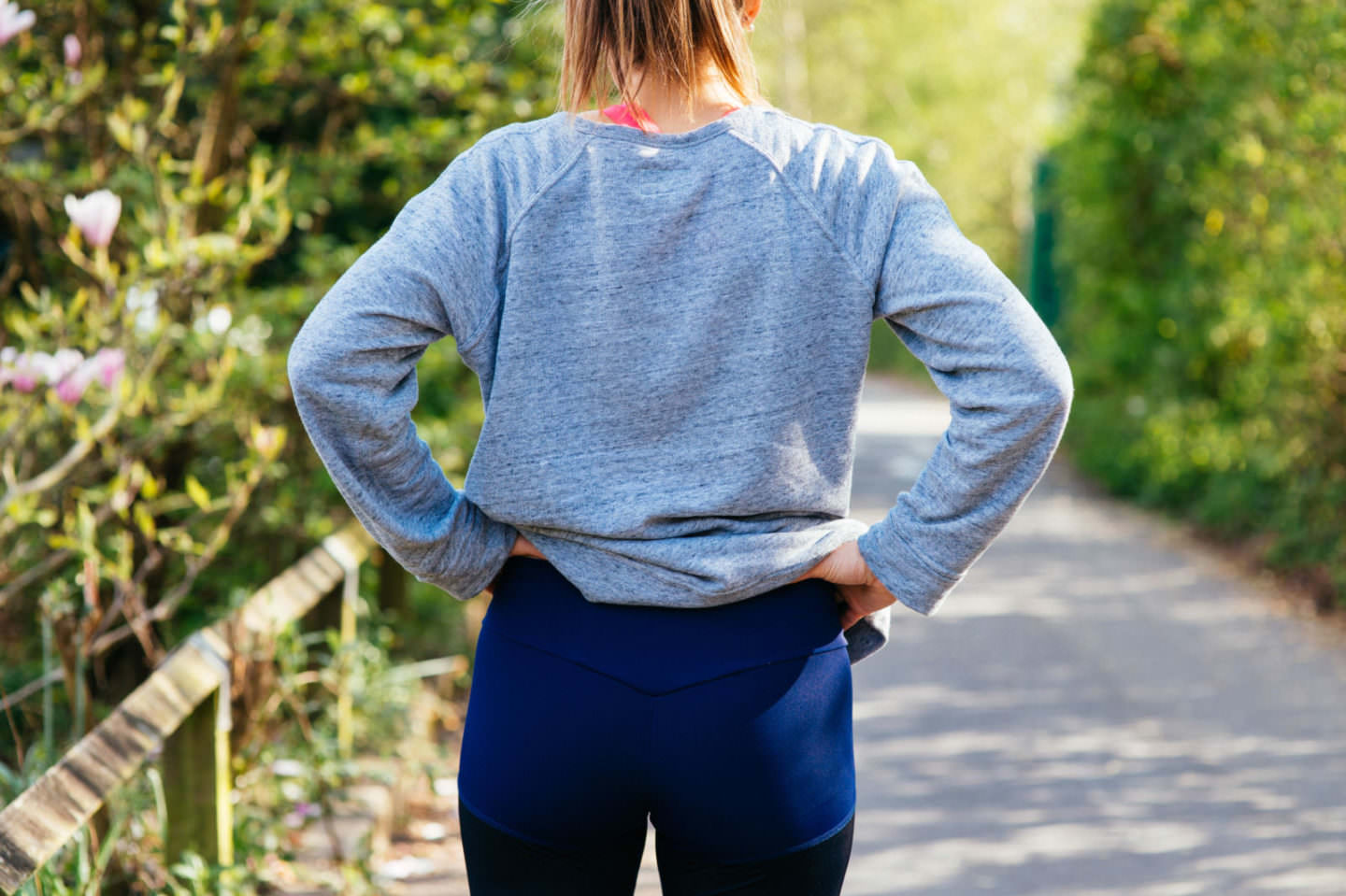 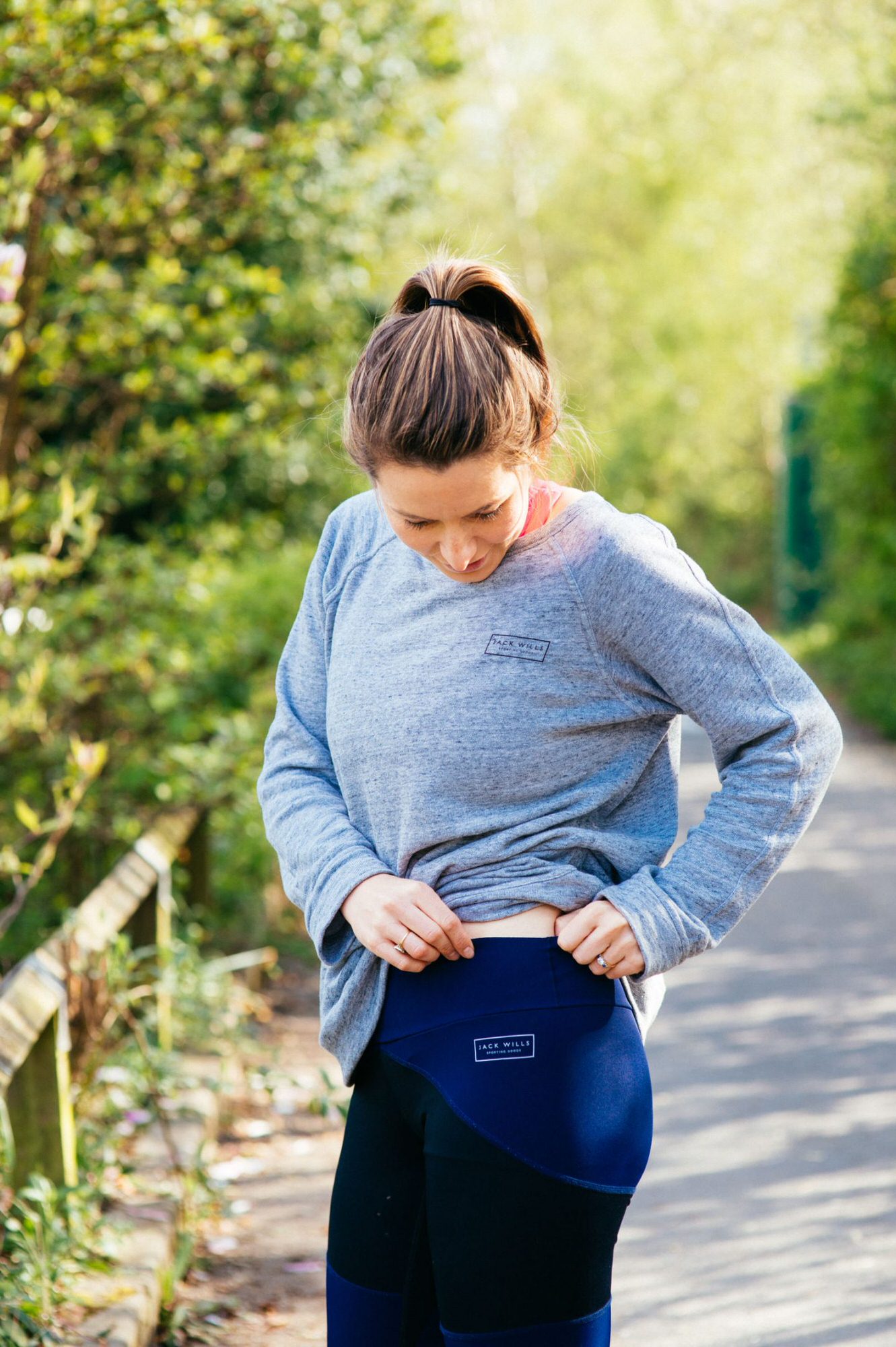 I also received a black tank, which is pretty much what it says on the tin. At £30 its not the most expensive but I’m sure you could find similar tops for cheaper. Overall, I was really impressed with the kit I tried, and didn’t think that around £55 was outrageous for the quality of the leggings (I can’t get actual prices as I’m typing this in Boston and the website keeps converting back to US dollars!)

The one thing I would say about the range is that there’s quite a lot of midriff on show in most of the collection – lots of crop tops, sports bras and short cut tops which is not my bag at all. My stomach is the area I’m most self conscious about so I like to wear high waisted bottoms with long line tops most of the time (although maybe this is the summer I get over that and hit the gym properly!). There are actually only a few items that fit the bill in terms of coverage – including the grey jumper, this black tank (also in white) and a black hoodie. 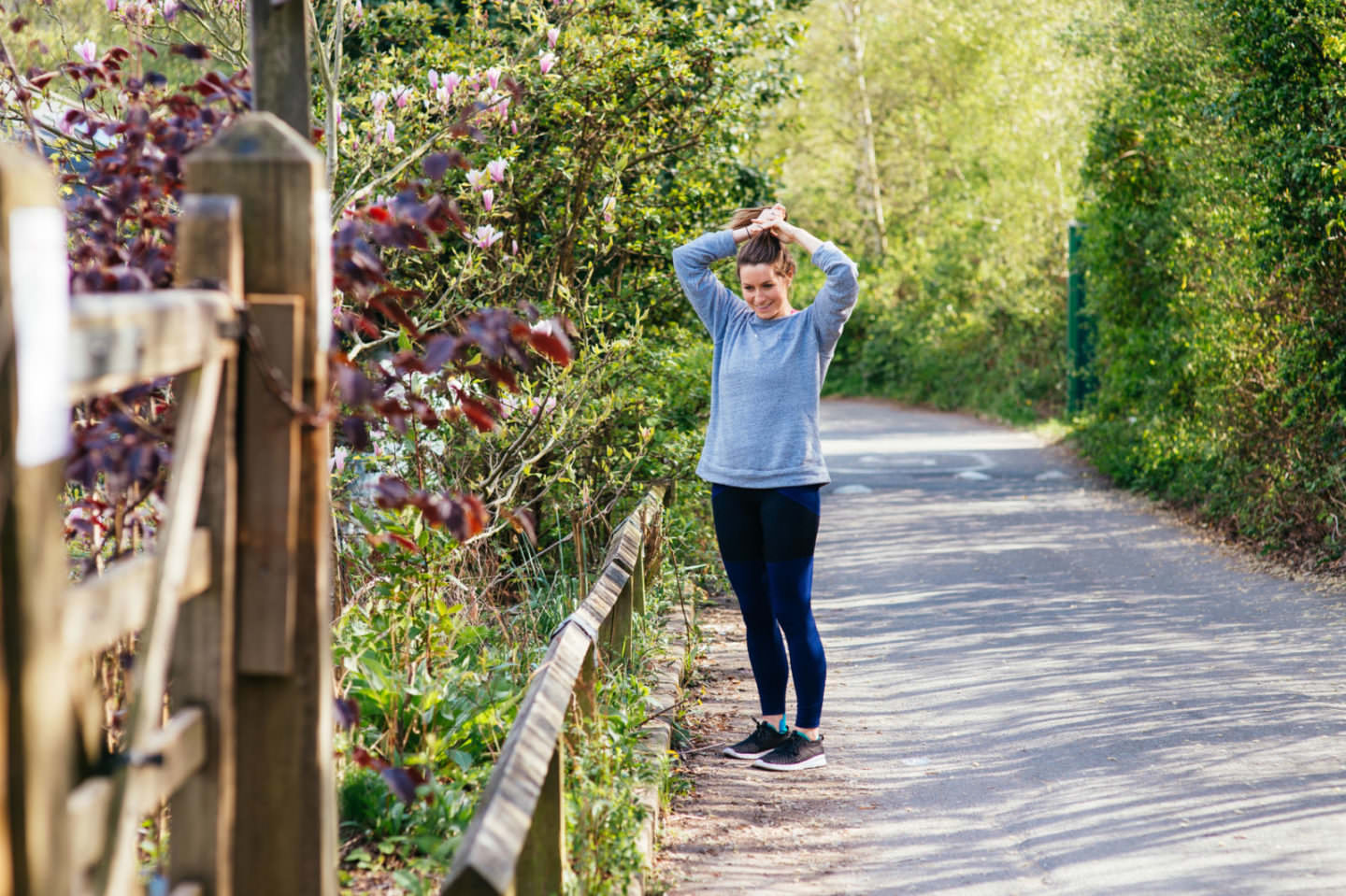 This is not a sponsored post. I want my reviews to remain unbiased so will never be paid for a review. I was however gifted the clothing from Jack Wills.