I took the stress away, and ran a PB.

The Farnborough Half had been on my race calendar for a few weeks, my coach and I had chatted about a January half to see where my fitness and speed was. This race was supposed to be predominantly flat (it didn’t feel like it), was at a great time in January, and was put on by the lovely team at 2.09 events.

Saturday night’s pre-race preparation didn’t go to plan…I was in bed before 9pm with a migraine and I told myself if I still felt crappy first thing then I’d scrap the race and run at home. When I woke up before my 6am alarm, I gave my body one last chance to get rid of the headache with coffee, water, food and painkillers, and got in the car.

Getting out of the car the other end, my head was feeling better but the car thermometer read -2.5°C and I wondered if maybe this wasn’t a bad idea, however I wasn’t driving 2 hours roundtrip not to run. Packet pick up was easy, as was the queue for the loo (although the porta loo liquid had frozen, meaning no-one could flush which was pretty disgusting). 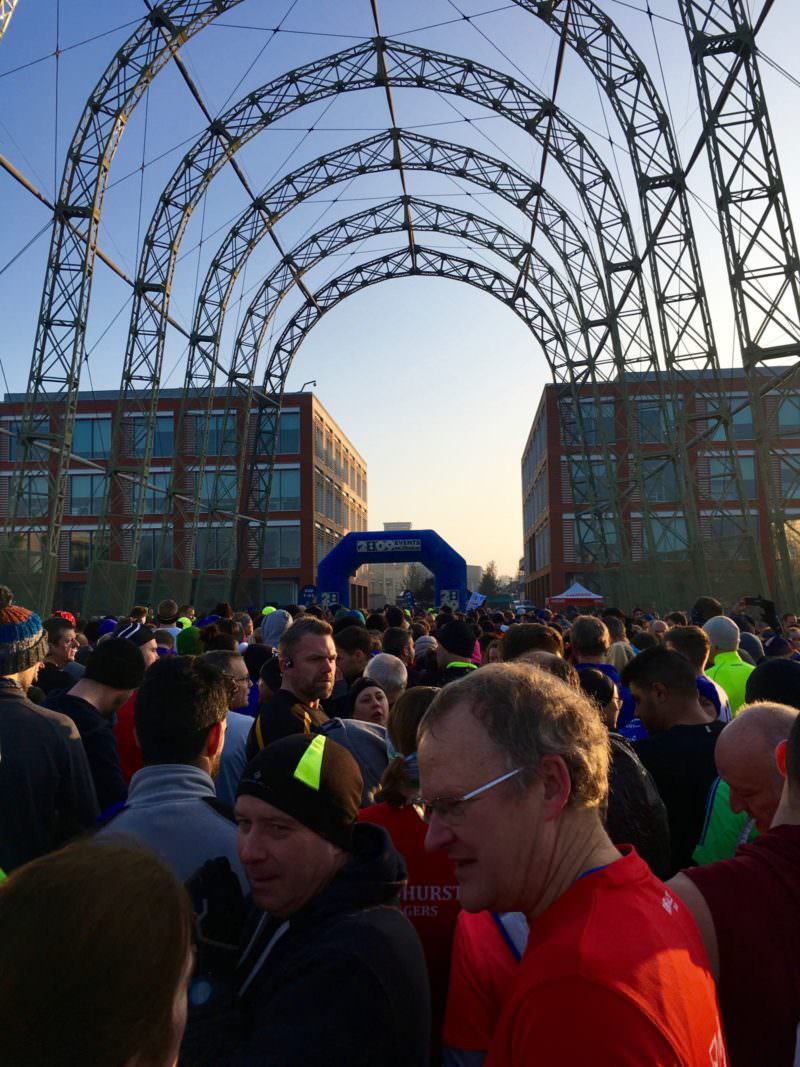 Just after 9am, the gun went and we headed on our way. Instead of shooting for a PB, Mary had given me a ridiculous workout to complete during the race.

The first few miles were round and round the airport area, and not particularly exciting. As someone who routinely doesn’t look at course maps or profiles, I was worried that perhaps we would be completing six loops for our 13.1 miles. Luckily after 4+ miles we left the airport and hit the surrounding Surrey roads.

We mostly ran on undulating closed roads, and although it wasn’t overly pretty, at least it kept me focused on my pace. I was trying a new Garmin on loan, and the settings weren’t the same as my current Garmin which I have set up the way I love it so I spent a bit of my recoveries fiddling with it (and admiring it!). 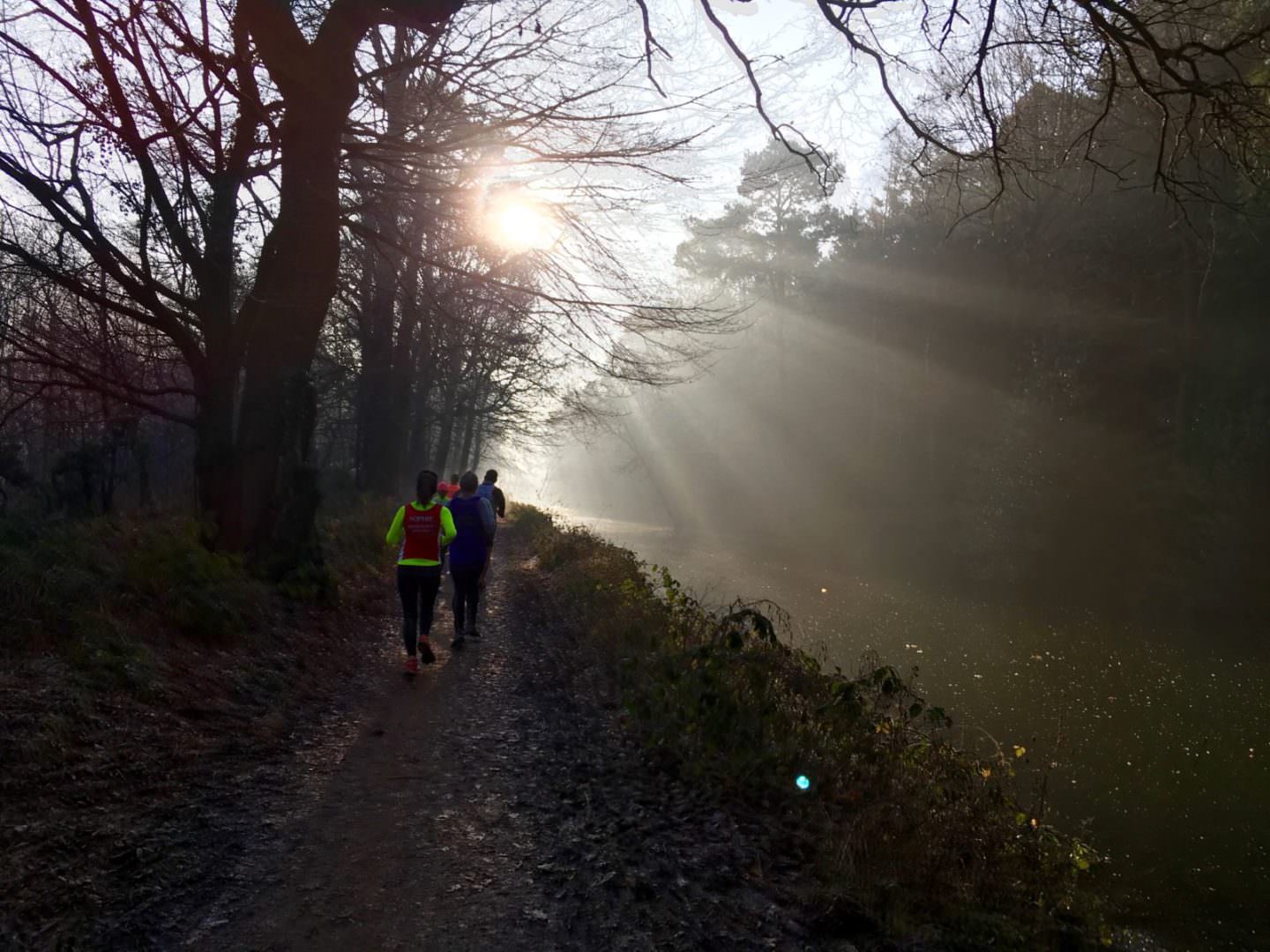 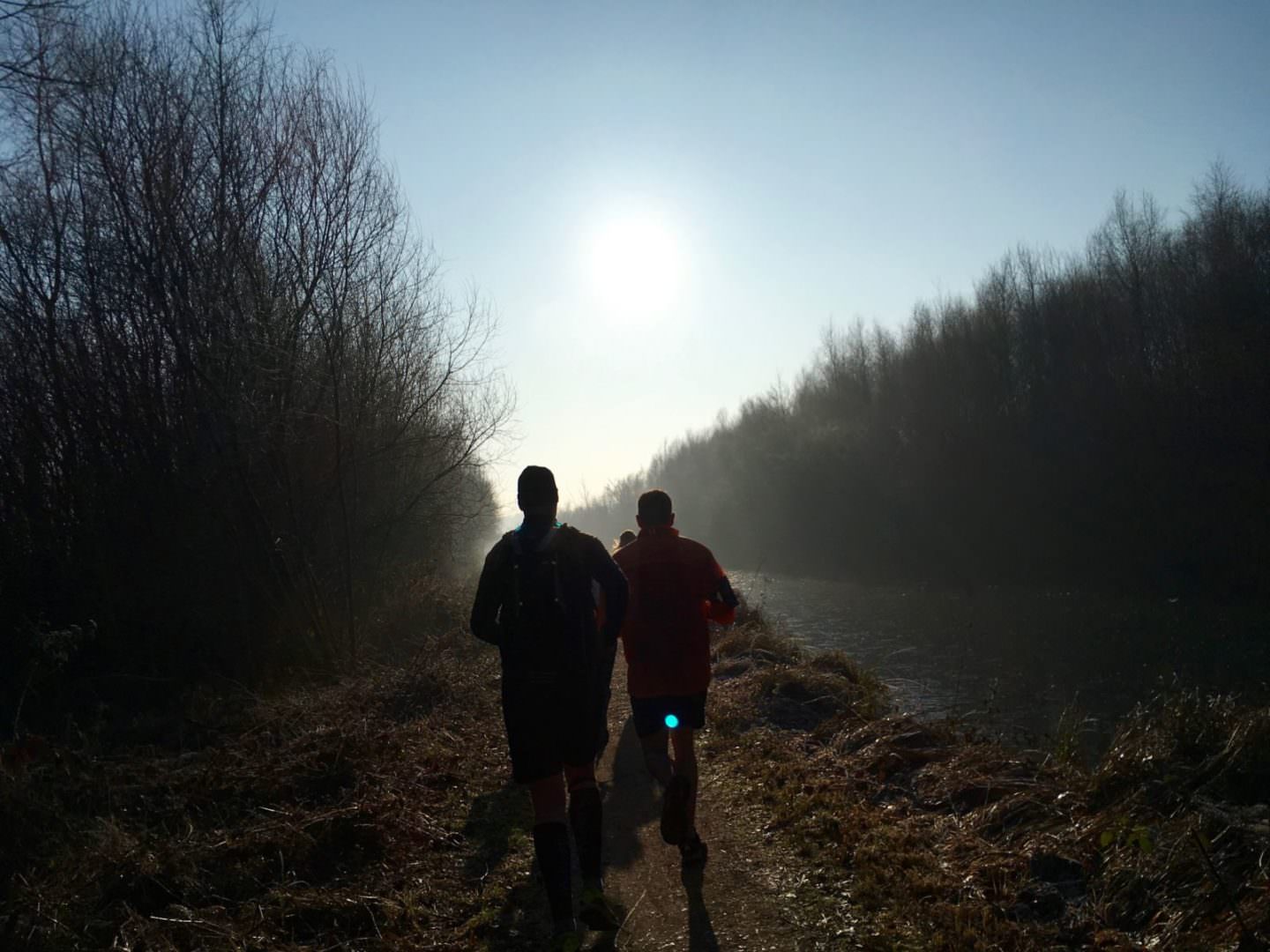 A few sections were along trails, which was gorgeous however harder to stay on pace. I felt horrible breathing right down runners’ necks – I hate when people do that to me. I felt pretty embarrassed at some points to be running 1 mile repeats, running past people, then having to recover and having those same people pass me – I wondered whether they thought I was terrible at pacing! Hi to the lovely reader I met on the course today – hope you smashed your race.

I’d say this race probably isn’t a PB course, however it was a great training run and super friendly. There were more spectators than I was expecting, and lovely volunteers at the water stations. Be warned, there are no bathrooms along the course, and water stations were a little sporadic – I think at the 2 mile, 6 mile and 10?! 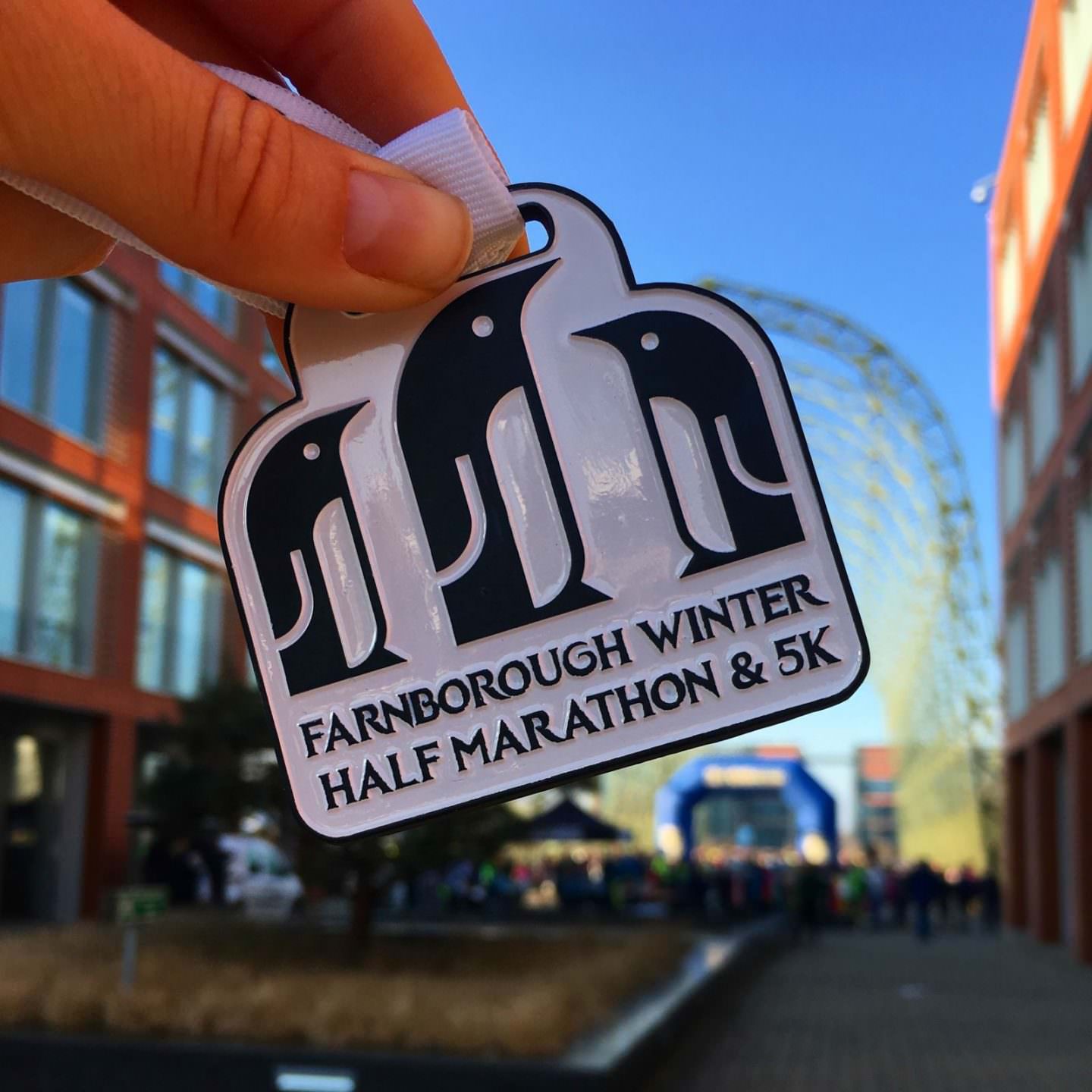 I was having a real crisis in confidence for the last few days, feeling slow, weak, out of shape and a bit crappy. I wrote about stress ruining you running and it seemed that by letting go of the stress (and handing in one of my uni assignments), today was the exact boost I needed to get the negative thoughts out of my mind, and run a strong workout without focusing on the final time. I’m ready to go into this week’s workouts with a fresh mental attitude, and to realise that I can control the other aspects – I’m feeling crappy because I’ve been eating too much crap. I’m not feeling strong because I’ve neglected my strength workouts for the past few weeks. These are within my control to change.

I know I have an even faster 13.1 in me, and I can’t wait to give sub 1.50 a go at the North London Half in March. Who else will be on the start line? Entries are still open!

Just a reminder that today is the last day to enter to win £100 towards your favourite charity…more info here!