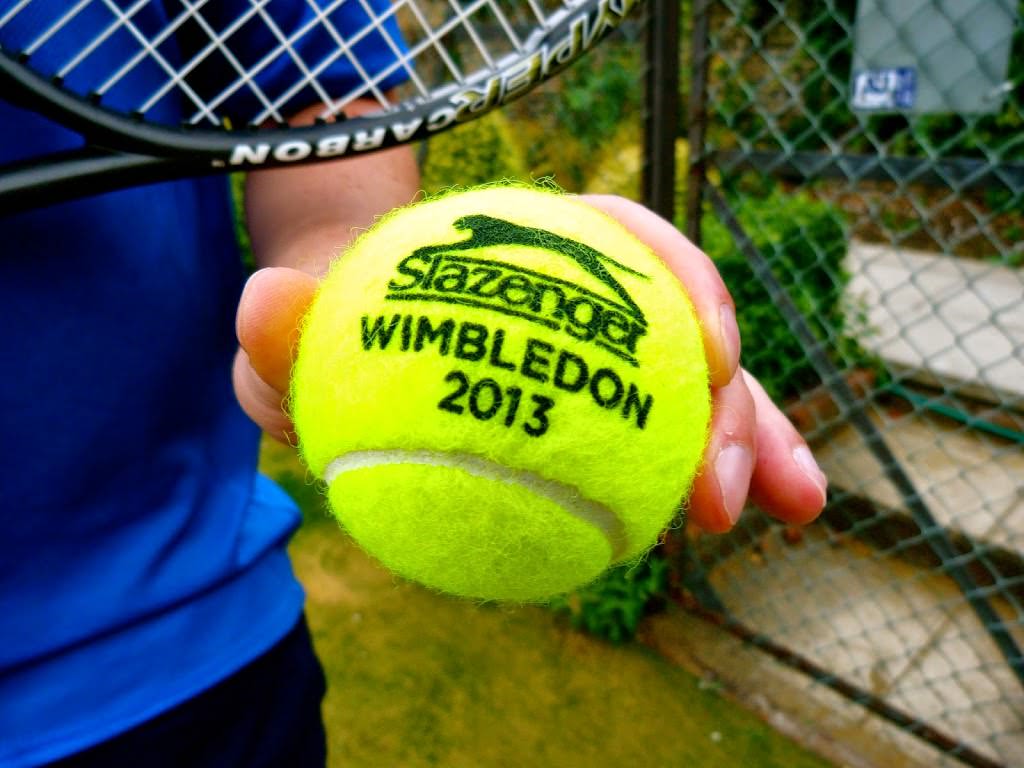 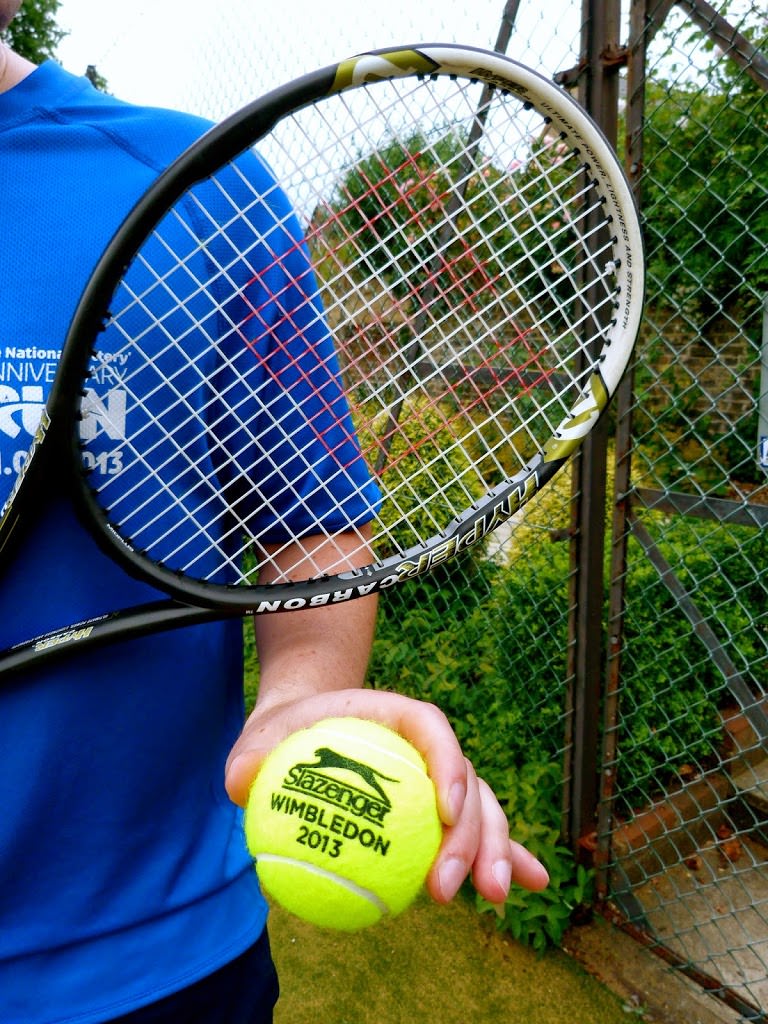 Tennis is a very sociable game. It seems that a lot of people play, and to a fairly good level. When I was at school my Mum encouraged me to have lessons, saying that I would appreciate it in the future. I was lucky enough to have some great teachers, but I am just not very good at tennis. In fact, for the number of lessons I’ve had over the years, I am pretty rubbish.

Tom on the other hand is rather good. 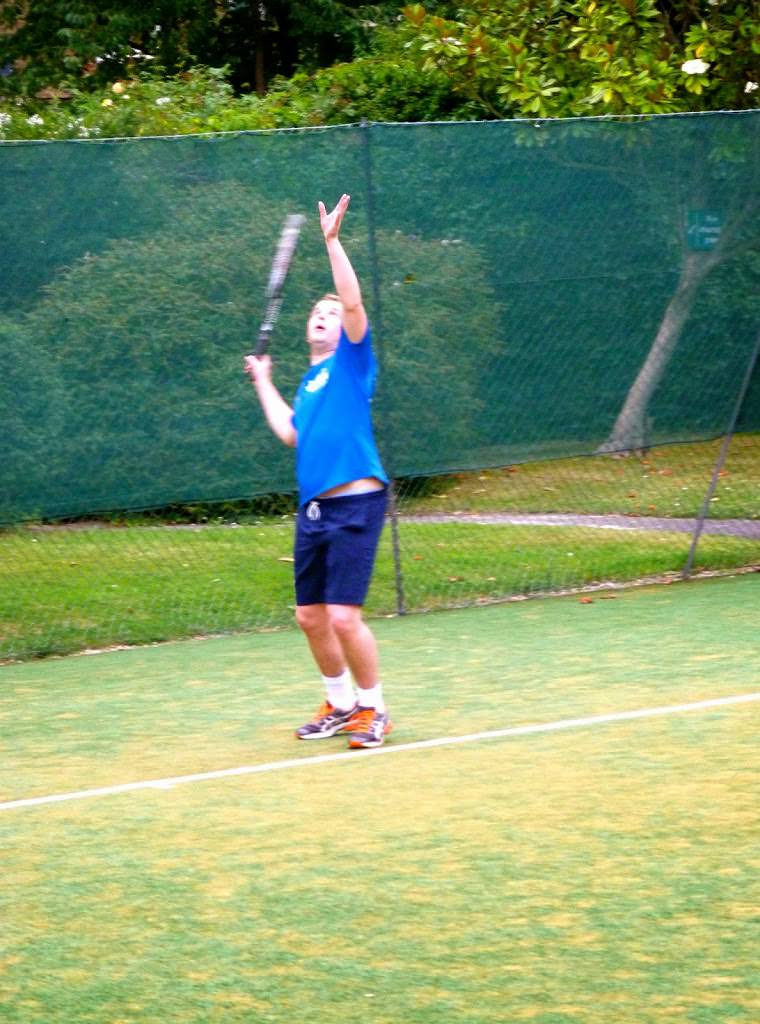 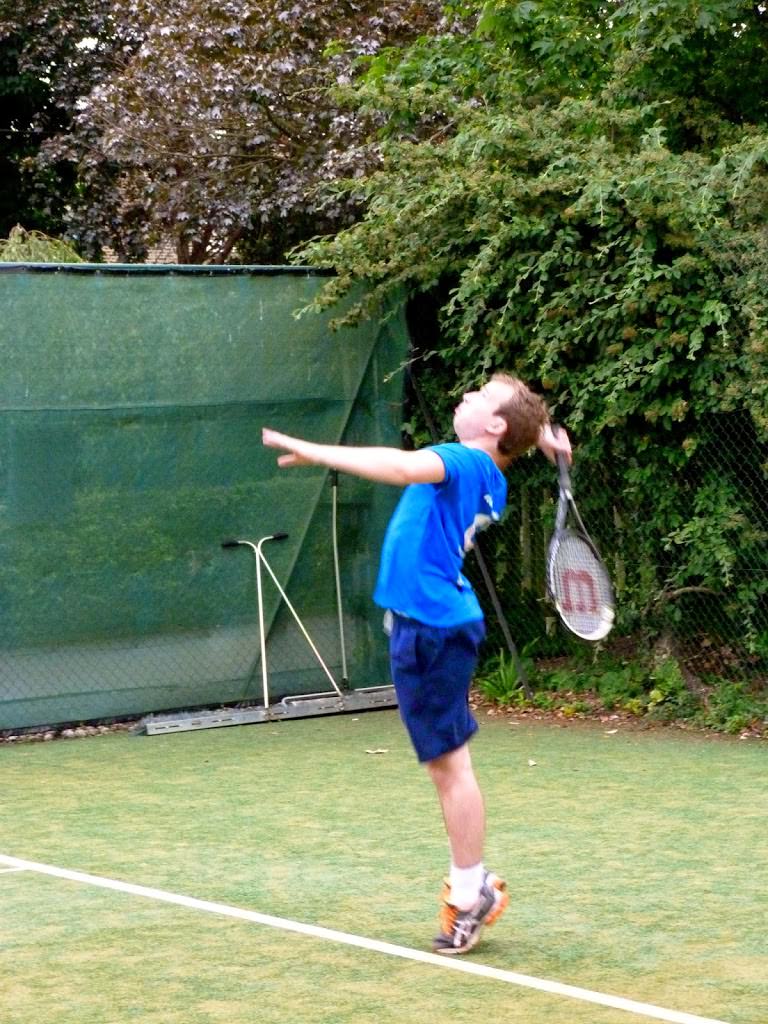 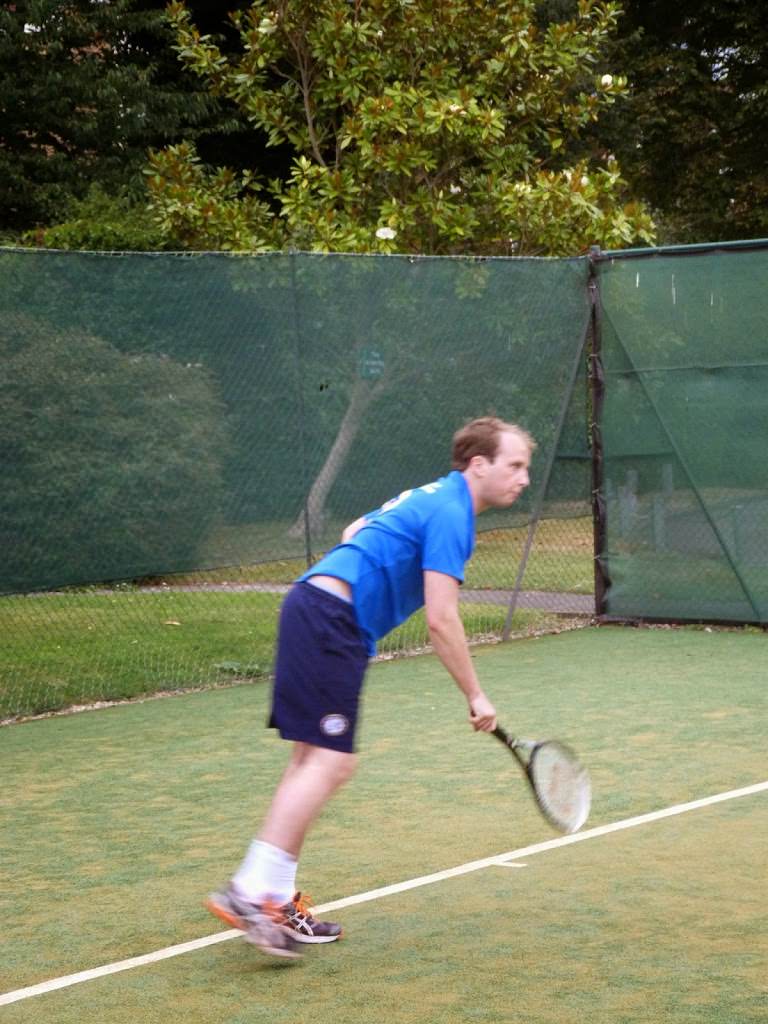 One of my problems is that I try to hit the ball as hard as I can- which inevitably sends it soaring out. Way out (so far out that it went of the hotel compound and into the road whilst on holiday in Sri Lanka).

Another problem I have is that I don’t move my feet enough, and either hit the ball too close to my body or too far away. 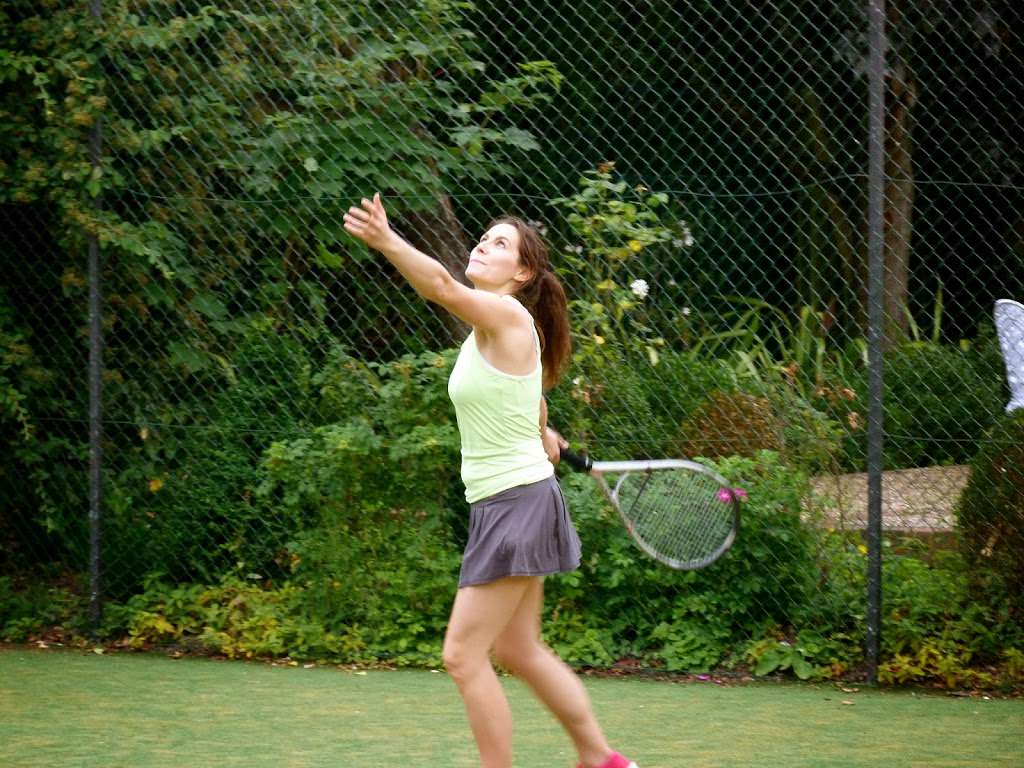 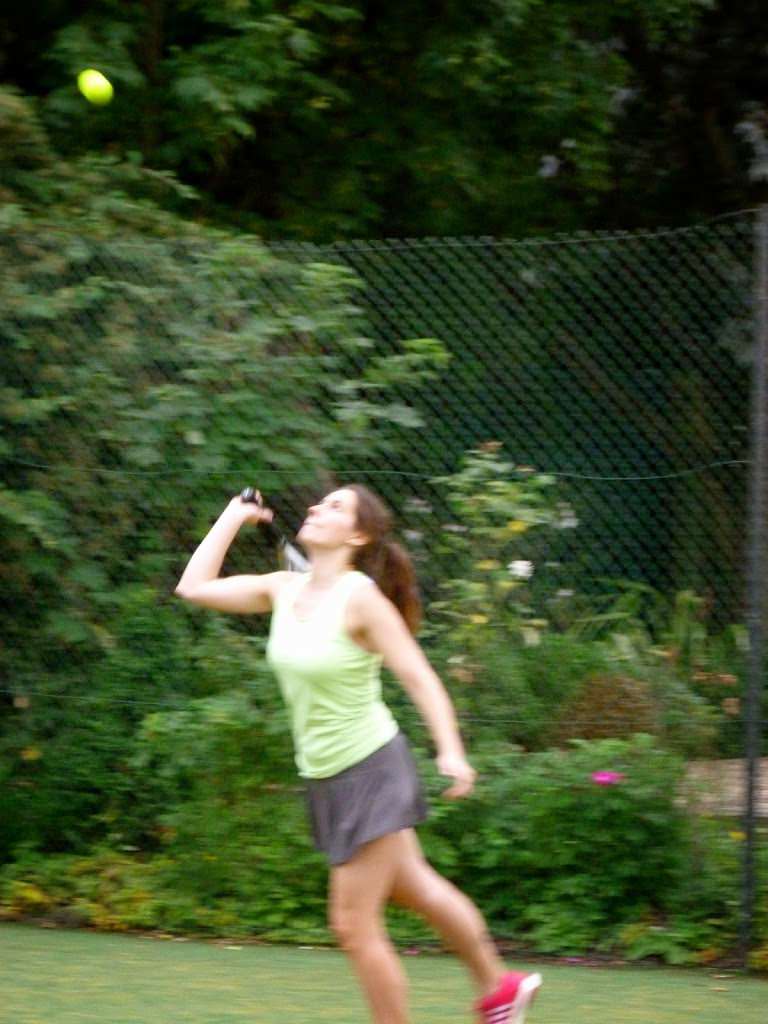 We took advantage of the lovely warm evenings and played for about an hour at Tom’s gym. I tried to focus on moving my feet, setting myself up and hitting the shot over the net and in, rather than trying to hit it hard. Luckily Tom was patient with me, and fed me lots of balls to help me practise.

We also played a fun game where we had to hit the ball to one another keeping it in the service boxes. Tom won, obviously- but it was a far more fun and fair game than any others we could play together. 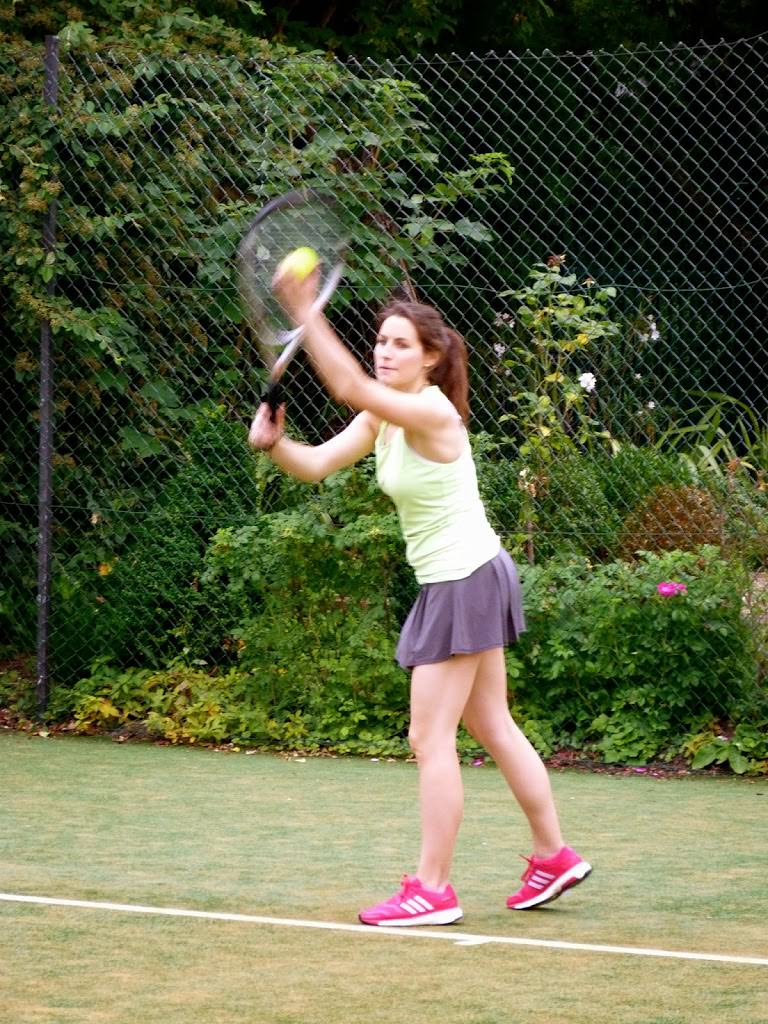 Perfect cross training for Berlin Marathon training, and to flush out the lactic acid from Sunday’s long run! I bought the Wimbledon 2013 tennis balls last year when we saw Andy Murray play in the Quarter Finals. I’m embarrassed to say that this was the first time I’ve ever opened the tube of balls, let alone used them!

Do you play tennis? What’s your favourite cross training sport to play?