…in my age group.

My plan had been to use a local race while I was in Atlanta as part of my long run, however apparently October is not the month to run here as I found it hard to track down a longer race. A 5K in Dunwoody, a suburb nearish to where we were staying for SITsum was pretty much all I could find.

I booked myself in to the Holiday Inn Dunwoody for my final night, just a mile from the startline (albeit down a highway), and spent my pre-long run evening at the cinema watching Deepwater Horizon on my lonesome (about the BP oil spill – very dramatic/sad), drinking plenty of water and going to bed early.

Jetlag woke me at 5.30am, so I spent the time eating a cinnamon raisin bagel and banana, bought at Starbucks the previous night, and stupidly, checking last year’s race times. I noted that last year’s 25-29 age group win was 24.34, and 2014 it was 27.13, times I was confident I could beat on a good day.

Scanning around the rest of the field of runners, I tried to guess people’s ages, with very little success, and so instead of sticking to my race plan and taking it slow, I ran comfortably hard straight over the line. 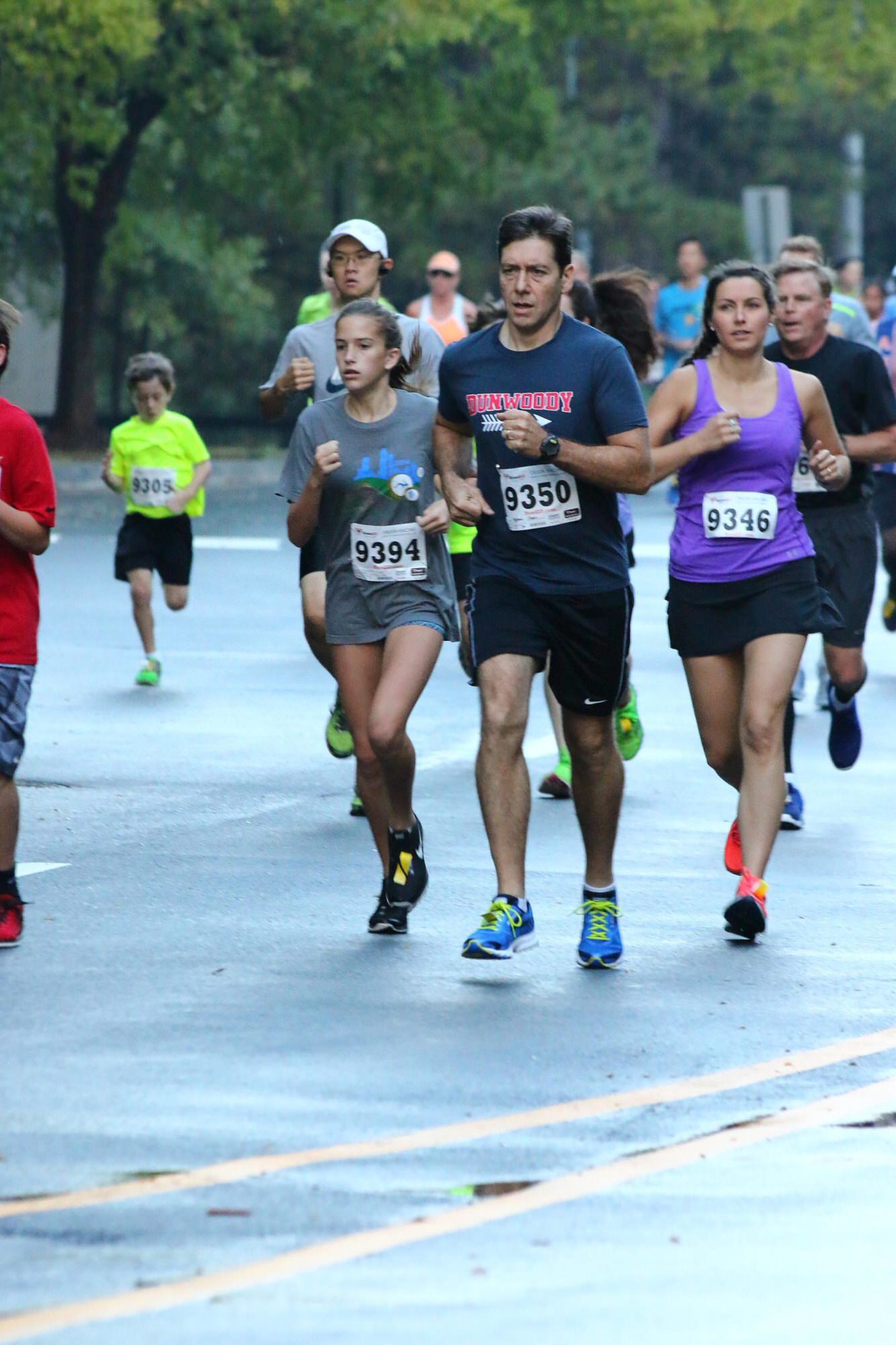 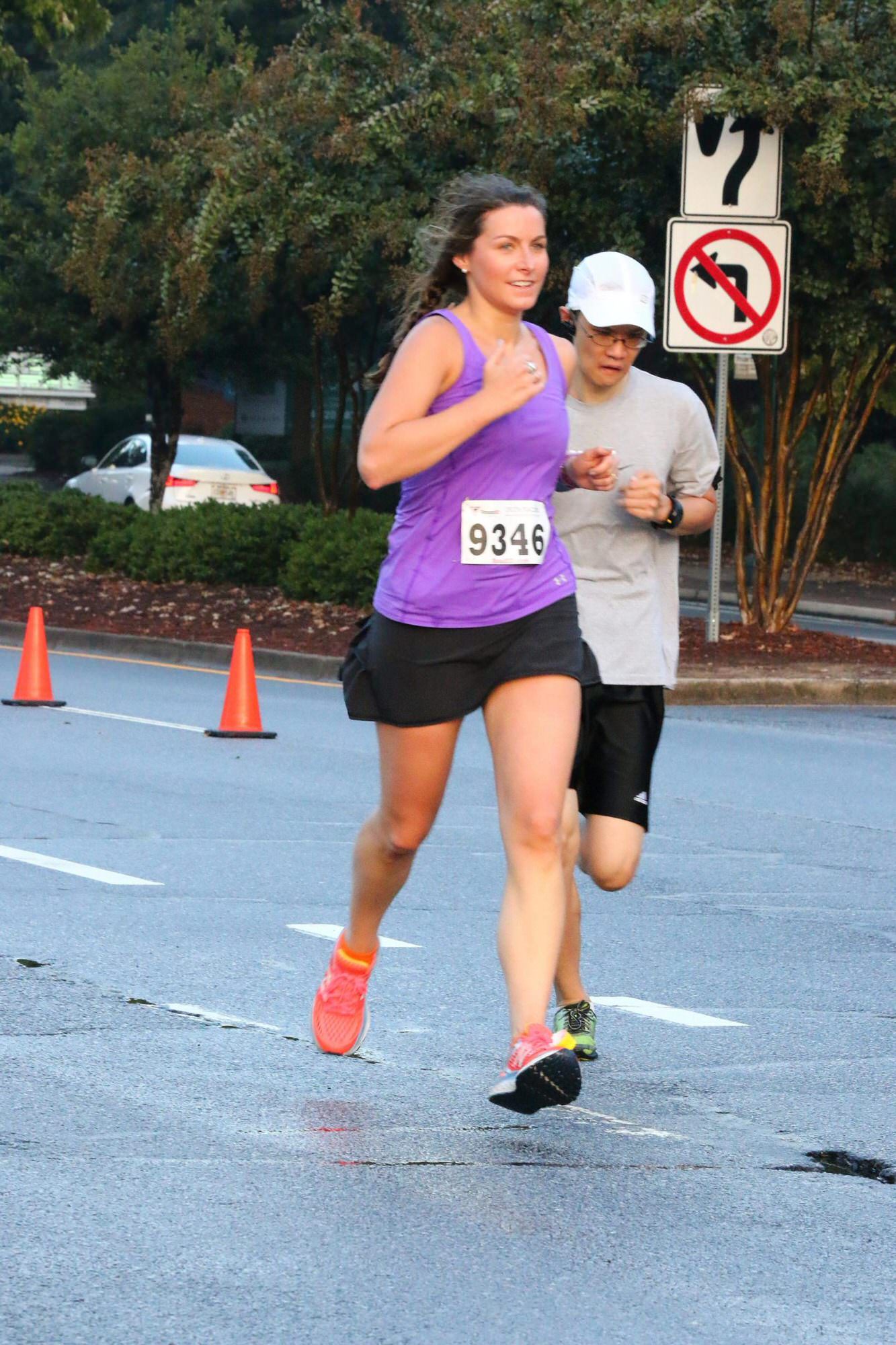 Having promoted itself as a flat race, I soon realised that my idea of flat is rather different. Mile 1 was 7.23 as everyone found their rhythm. There were a lot of kids racing, and almost all of them had started out at a full on sprint before discovering that 3 miles is quite a long way, and slowing down, walking or stopping altogether to find their parents.

The roads were closed with friendly policemen on every corner, plus a few other friendly supporters and volunteers. Mile 2 – 7.55 – it was a little bit hillier, and I tried to pull back remembering the long run that awaited me upon finishing the 5K.

I wasn’t listening to music, so tried to listen to my breathing, and keep up with the teenagers in front of me. 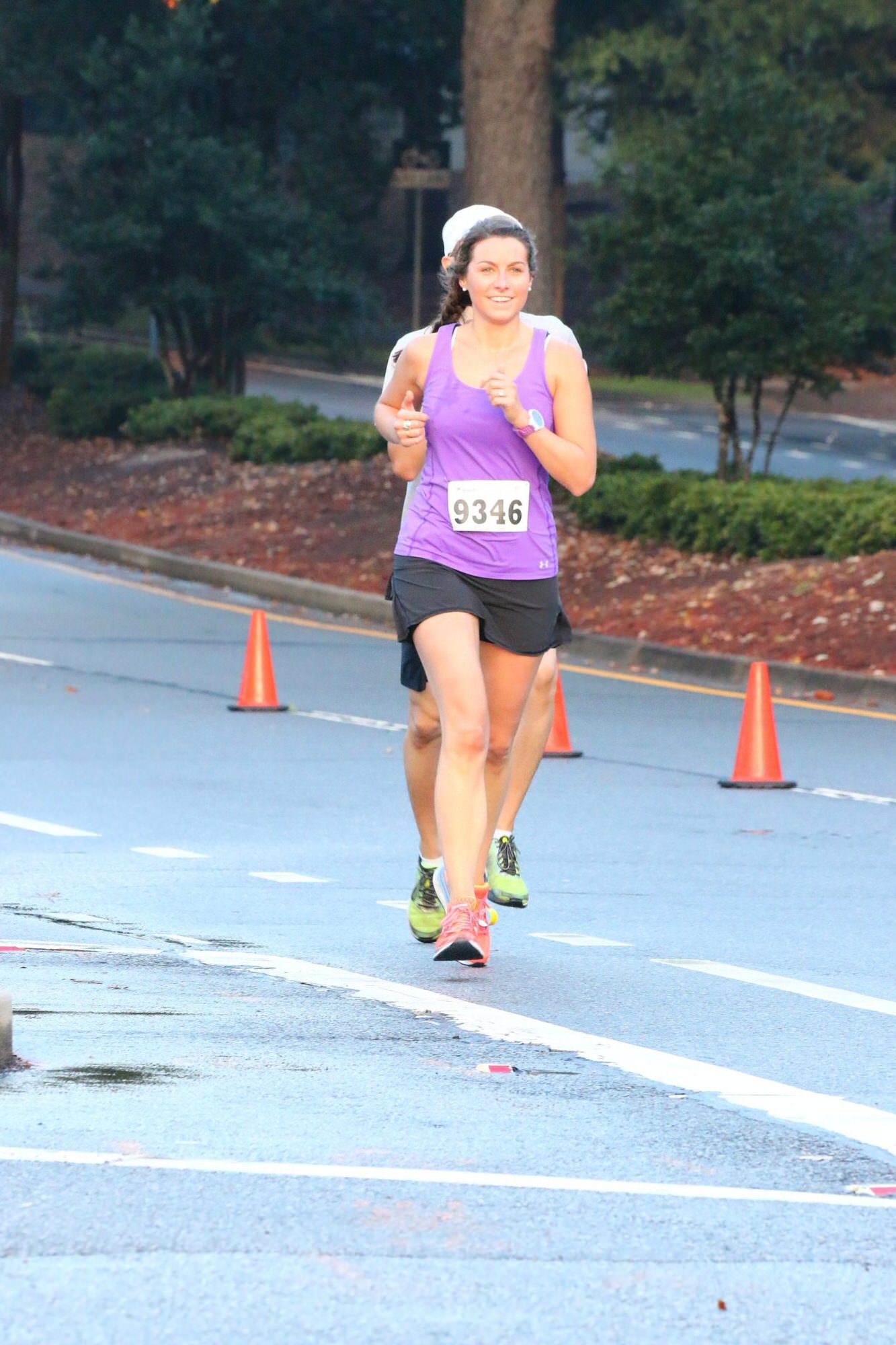 I finished with a gun time of 24.08, which turned out to be good enough for first place in my age group, and fifth female overall. Of course, although I should have started running my 13ish more miles, I wanted to hang around for the ‘awards’ ceremony. This may never happen again, so I wanted my free mug and 1st place ribbon! 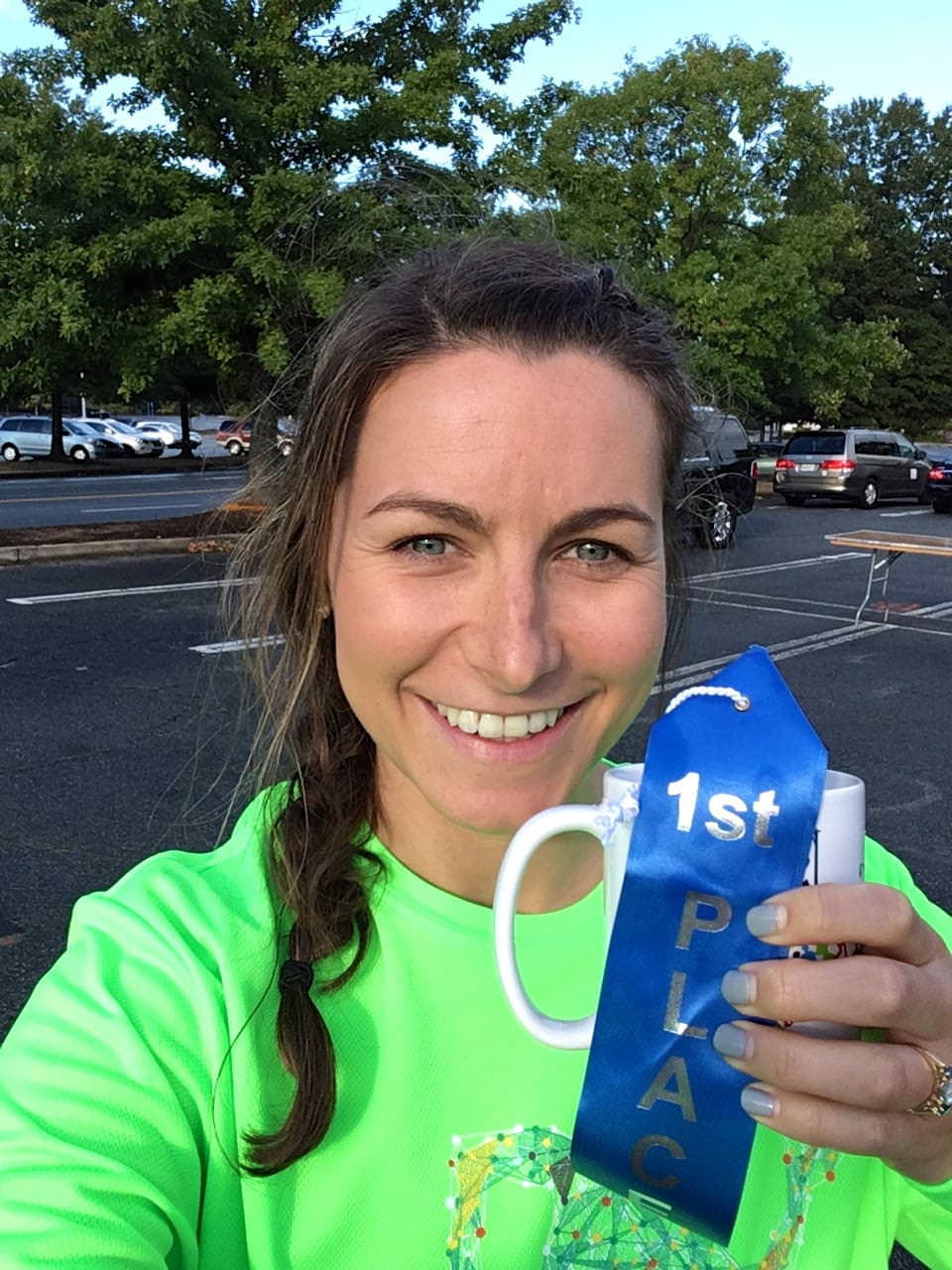 I wrapped it in my long sleeve top, put the mug into my hydration pack (trying the Adventure Vest from Ultimate Direction) , and set off towards the Chattahoochee River trail. Anyone that has run in urban America knows that finding pavements and paths to run on in these car dominant cities isn’t always easy.

The route wasn’t fun, or flat. The hills were certainly good training for New York – they were steep, long and intimidating, but I kept a 9.52 pace (aiming for 9.30-10 min miles on race day). It was also a chance to practise my fueling and try some new gels – I’m trying to switch away from my reliance on only Salted Caramel Gu (the only flavour I really like) and tried these Huma natural gels – this apple & cinnamon was delicious (and I had zero stomach problems). Planning to pick some more up before NYCM! 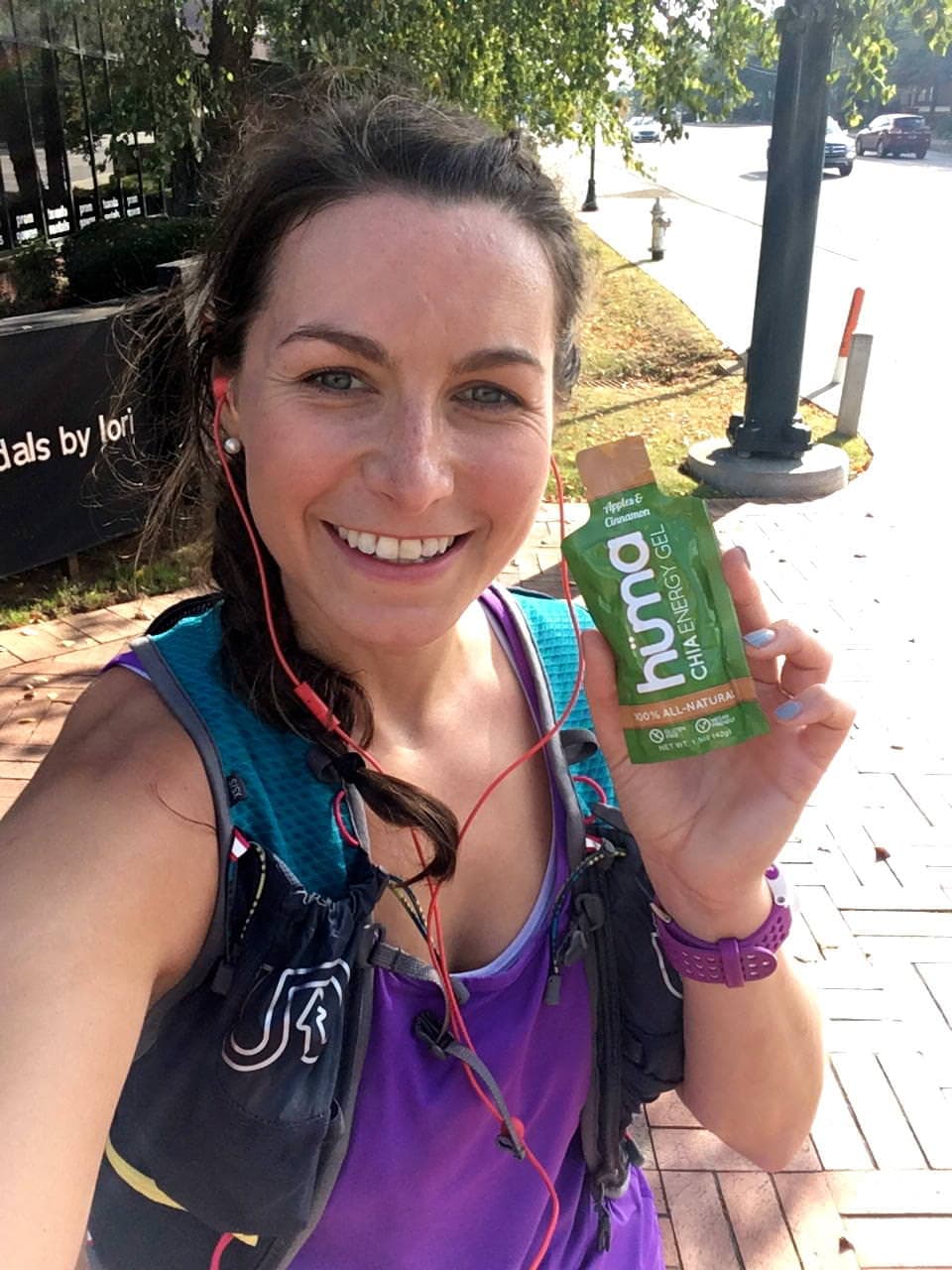 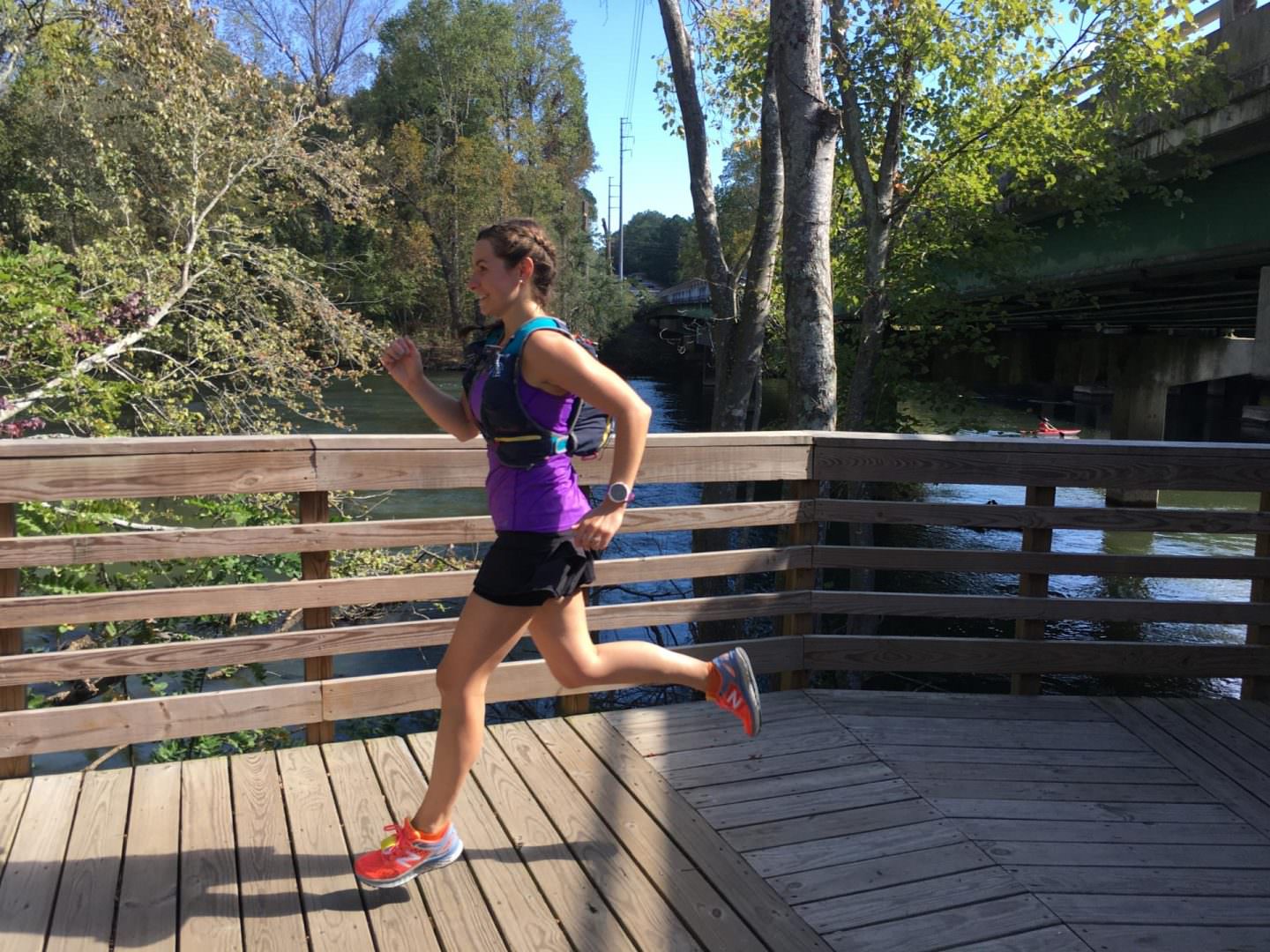 Finally after an hour and twenty minutes I made it to the trail head, which provided some much needed shade, water fountains and other runners. Sadly the trail loop was only 3 miles, so I ran that twice, and finished at the McDonald’s nearby. I had been dreaming of Diet Coke for most of my run, and couldn’t resist – plus McDonald’s has free Wifi for my Uber back to the hotel.

I’m terrible at properly stretching at the end of a run, so to avoid serious DOMS (or becoming so stiff that I couldn’t get out of my plane seat at the end of my 8 hour flight) I used my ClassPass passport to book a restorative yoga class. Me being me, I really cut it fine between the end of my run and the start of class, so I had a super quick shower, dressed in my SKINS compression leggings and hopped in another Uber. 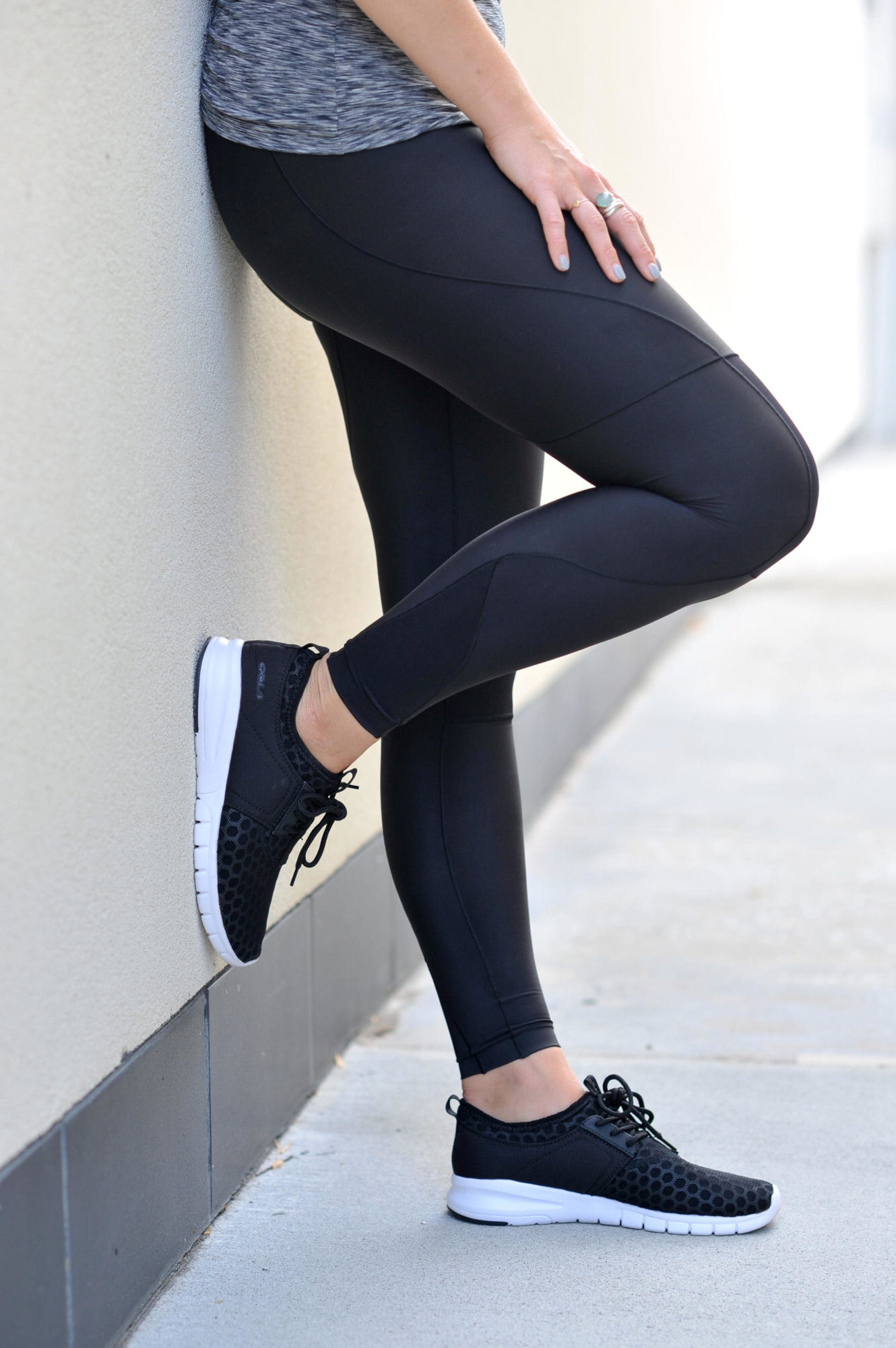 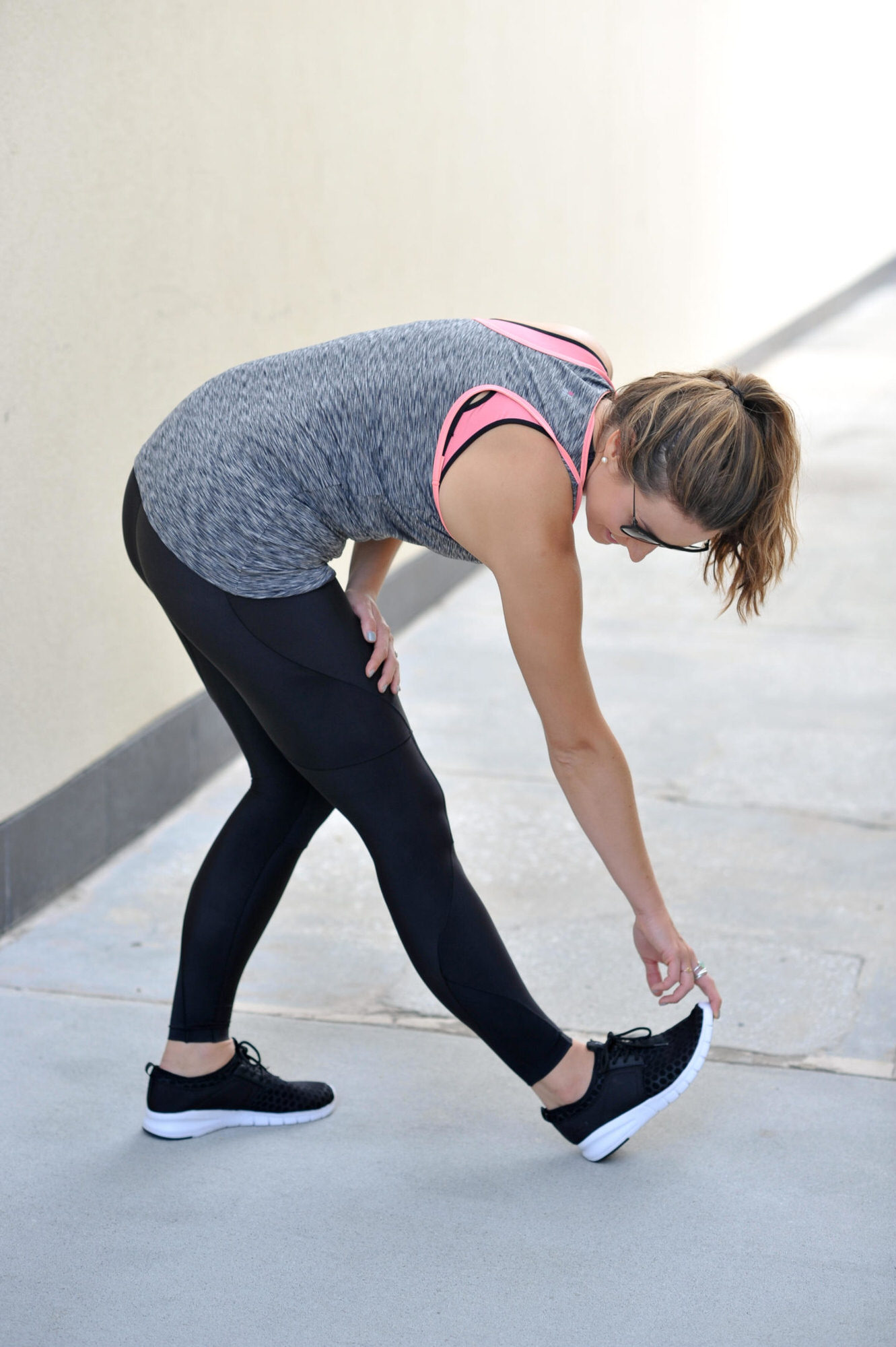 I have to admit, I was originally sent a small pair of the SKINS and I resembled a sausage, luckily the mediums fit perfectly. You want compression gear to be tight enough to provide maximum recovery but you still want them to be comfortable – which these RY400s are. They are so comfy that I also wore them on my overnight flight – and plan to wear them to and from New York! They help your muscles recover after a long or intense workout by improving blood circulation and oxygen helping them recover, reducing tenderness and most importantly, DOMS that make you walk like a zombie. 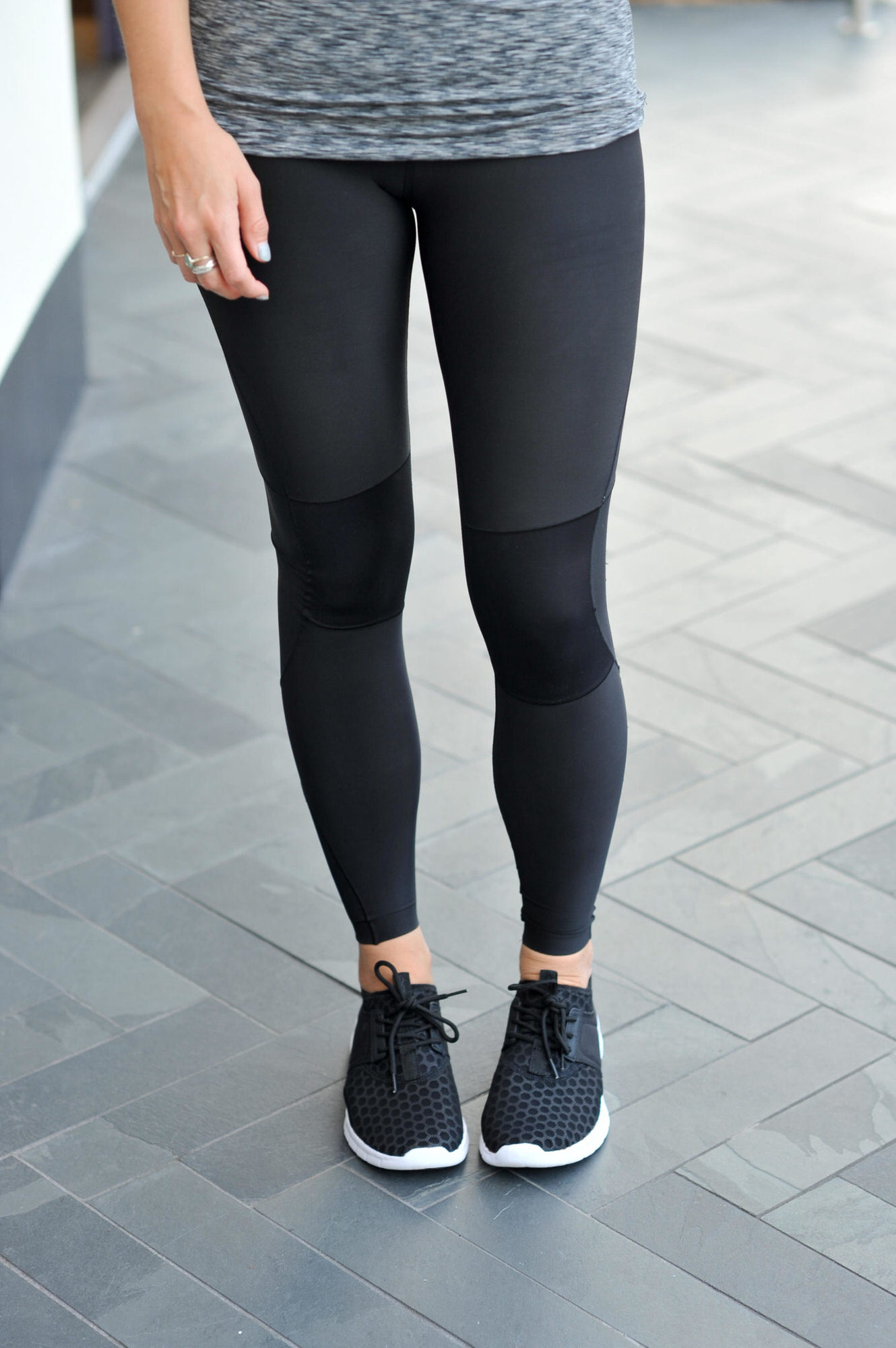 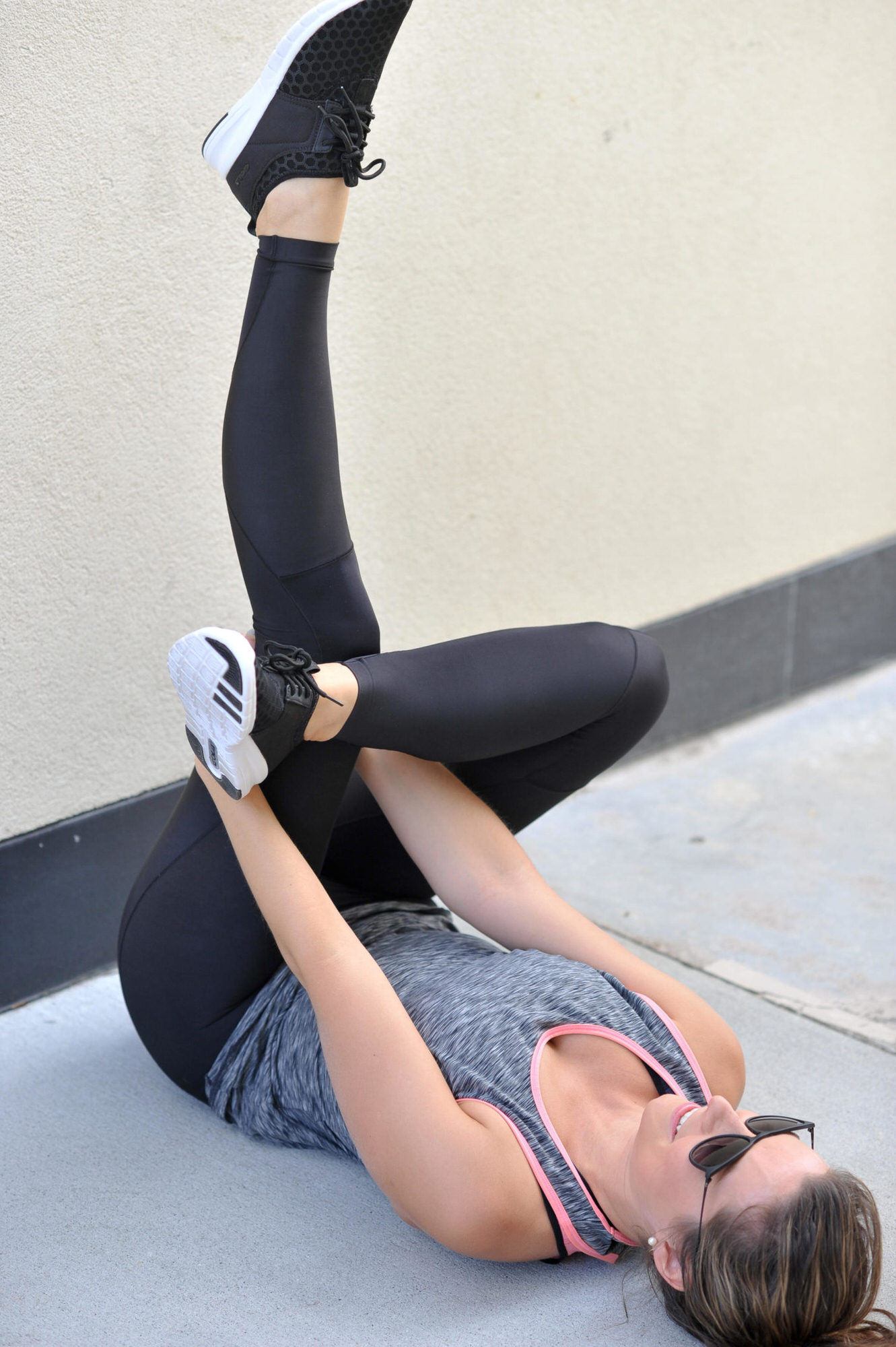