I’d read about Milford Sound on Lonely Planet and decided it was somewhere that I would really like to visit. After speaking to some Kiwi friends, however, they recommended visiting the less touristy Doubtful Sound. Doubtful Sound is on the West coast of the South Island, NZ, and is one of the wettest places in New Zealand. So what exactly is the attraction? 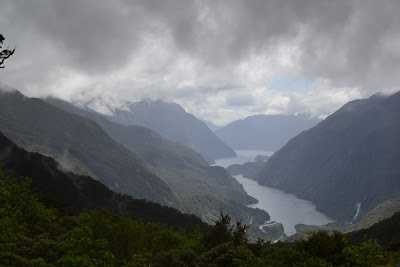 Well, as with most of New Zealand, the scenery of course.

We had booked a night on a boat that cruised around Doubtful Sound, taking in the most picturesque areas and allowed us to kayak, see the seals as well as learn about the nature of the area. 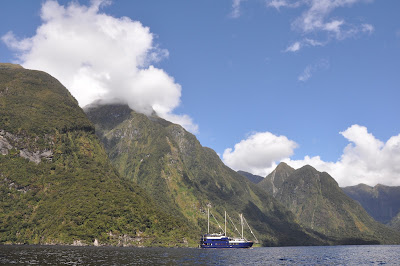 We set off on a one hour ferry from Manapouri, to the Hydro-electro powerstation, and from there we took a 45min coach ride over Wilmot Pass to the boat. The road was the most expensive in New Zealand to build, and was constructed to build the powerstation and keep it running. 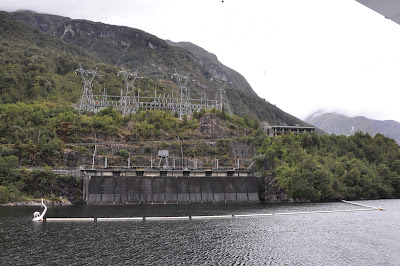 Once onboard the boat we found our 4 berth cabin; quite cosy! 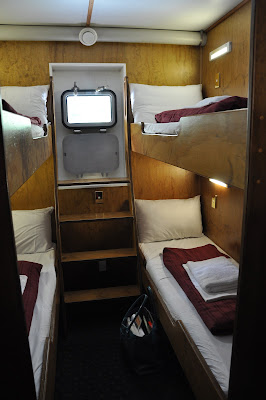 We then got kitted up for our kayak trip, it was quite cold onboard so we put on a number of layers, only for the sun to come out once we were in our kayaks. The sunshine combined with the kayaking meant we were soon boiling! There were also a lot of sandflies out and about- not pleasant. The kayaking was really enjoyable though, and we travelled quite far. We were so lucky that it wasn’t raining, I can imagine it would have been fairly miserable if it had been! 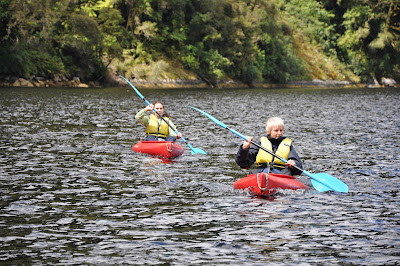 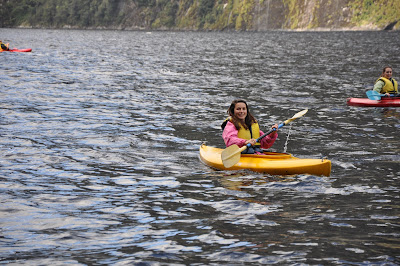 After kayaking, we showered (they were lovely and hot). I chose the shower with the port hole, something I quickly regretted when the boatload of people on the nature trip went past peering in! 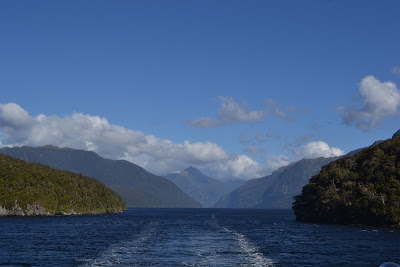 We left the Sound briefly to see the seals. We were surprised at how choppy the water became once we left the Sound, and were very pleased we would be spending the night on the calmer water! 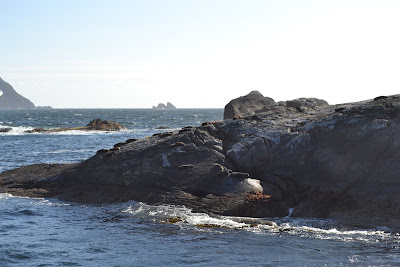 After seal spotting, we enjoyed a huge buffet dinner. I chatted to the chef briefly during our kayaking trip and was excited by the range of dishes on offer; a couple of different salads, roast and steamed veg, roast beef, hot smoked salmon, roast lamb, mussels and a huge selection of puddings! 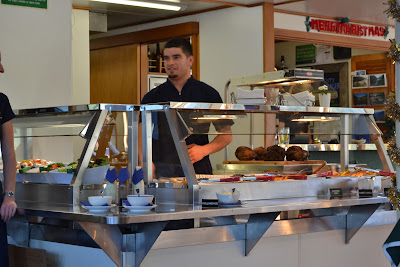 After supper we had a talk about the wildlife and settlers in Fiordland, the area which Doubtful Sound is in. It is a natural park, and our guide says that park ends pretty much where the sandflies end, which is useful because no-one would want to live there anyway.

We all slept pretty well and were up early for breakfast and some more views of Fiordland. It was quite misty in the morning, and was drizzling and very windy. Not quite as pleasant to be at the front of the boat. Char and I donned some rather attractive waterproofs onboard. 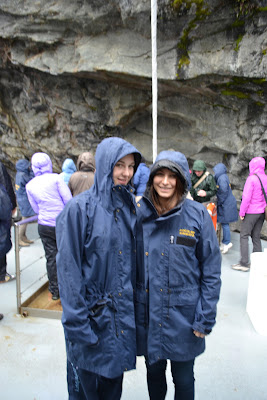 Our guide told us that the water is pure enough to drink as it runs off the moss/lichen as it has been filtered so much. It had a rather unpleasant orange colour, and a slightly weird taste – yes we all obviously had to try it. 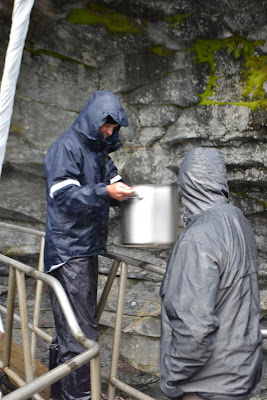 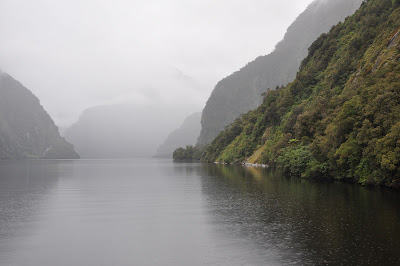 It felt a bit eerie on board, with large rock forms coming out of the mist, especially after we had ‘the sound of silence’, they turned the boat engine off and we all had to be completely still and silent for 5mins. No cameras, no talking, no walking. It was so still. 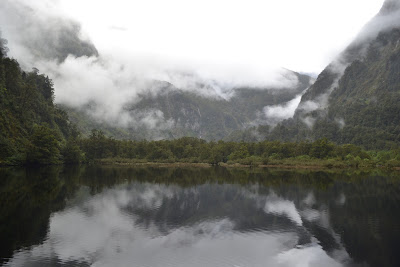 Once our trip had finished, we had the same coach and ferry journey back to the pick up point. Unfortunately, I had about an inch gap between my jeans and socks that didn’t have any insect repellant on, and I got eaten alive in about 5 minutes while waiting for the ferry!

The overnight trip was amazing, although very pricey. You can do day tours that I am sure are not so expensive, however I don’t think you would get the same feeling for the place as I would imagine the water would be a little busier.