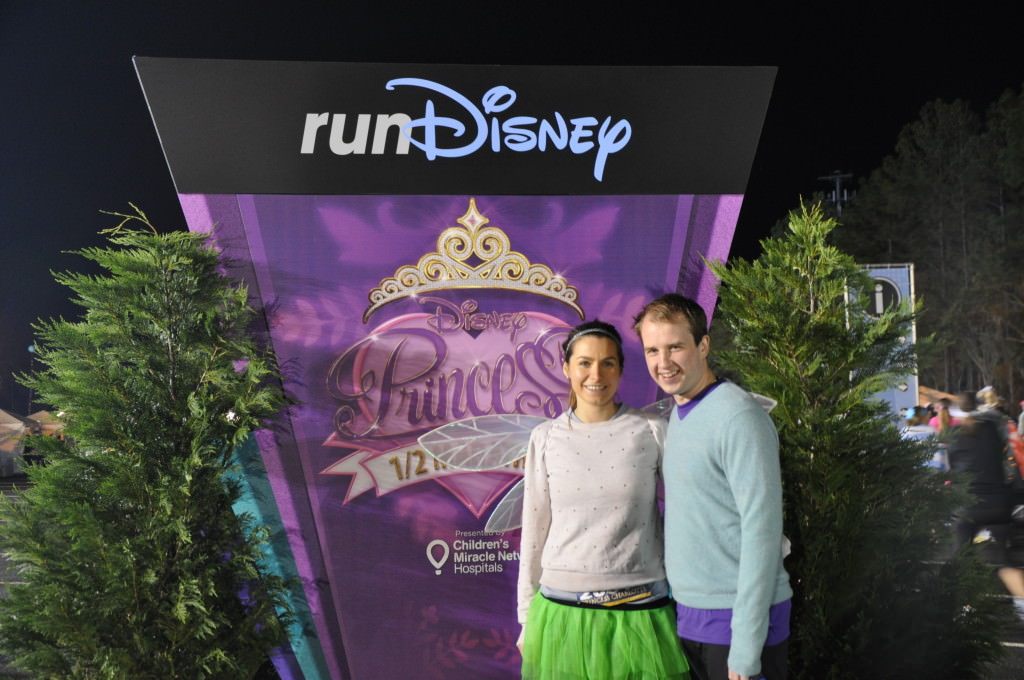 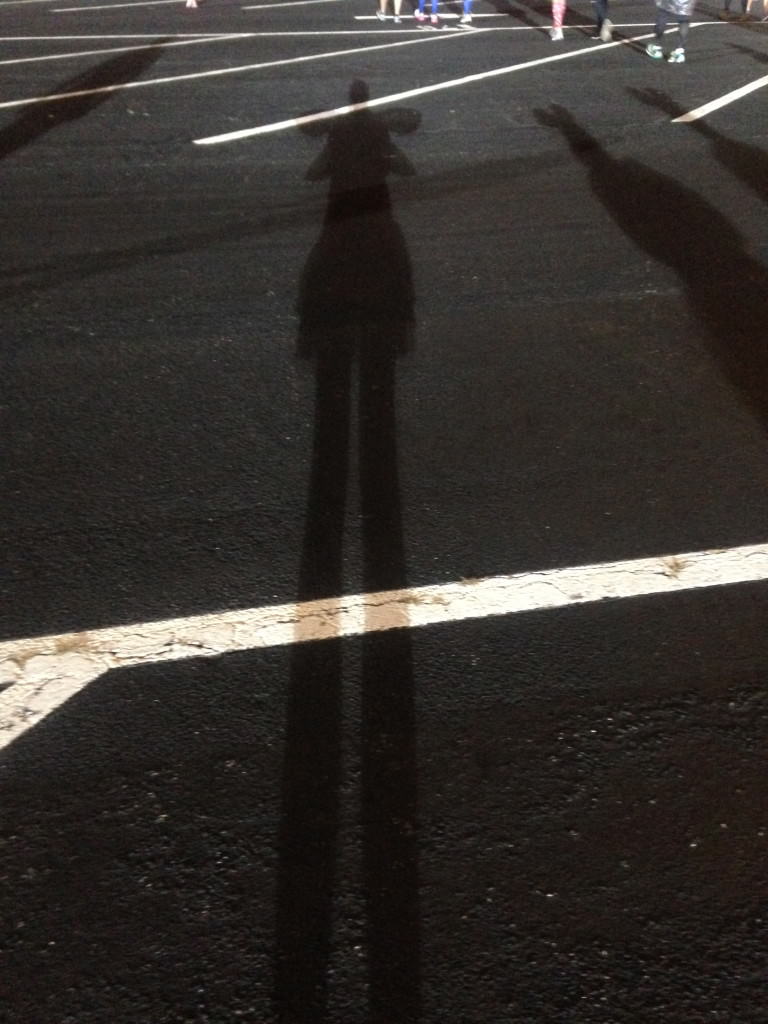 Is there any point going to bed if your alarm is going at 3am? Surely that isn’t morning, it’s still the middle of the night.

Tom was not impressed with our wake up call and even less impressed with the hour standing around in the freezing car park waiting for the Enchanted 10k to start at 5.30am. Luckily we were in the first corral so as soon as the wheelchair races crossed the start line, we were good to go.

Of course this is an American race, and a Disney one at that so there were fireworks and playing of the National Anthem. 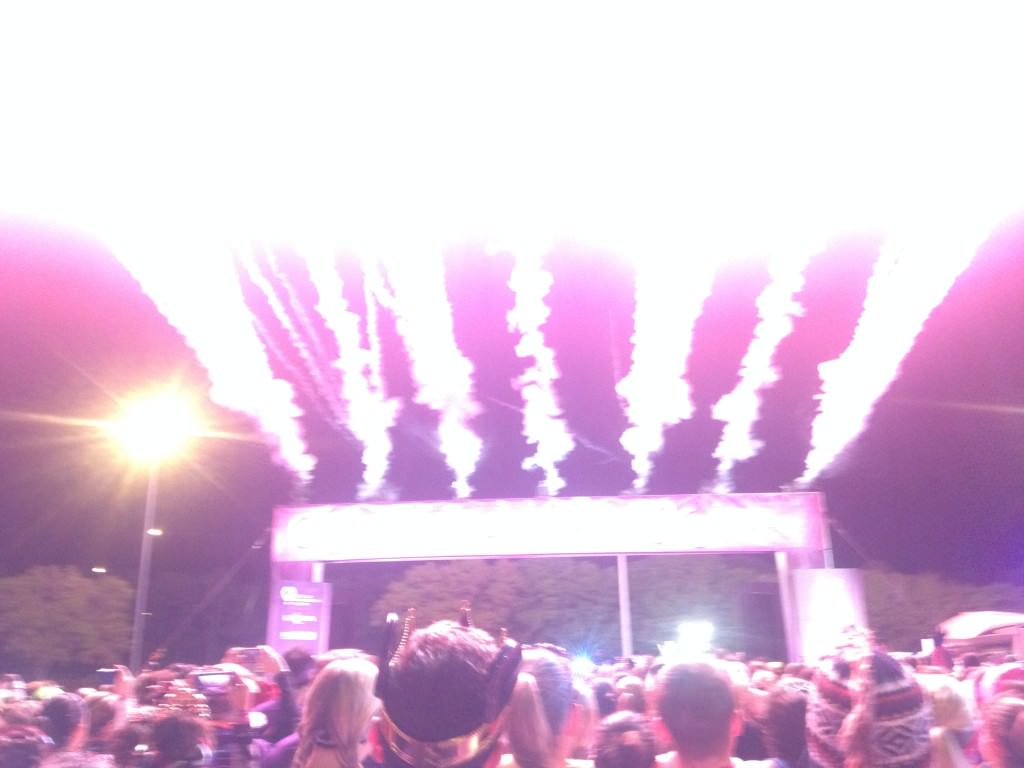 Setting off into the black night we ran out of our starting point in the Epcot carpark, and along the main highway. Hundreds of women in various fancy dress outfits. It was freezing in Orlando on Saturday, so I kept my throw away jumper on during most of the run, transferring my wings over the top- even Tinkerbell needs some extra warmth sometimes.

Word of warning- if you ever run in wings- remember they make you a lot wider than you think you are. Apologies to anyone who got slapped by a wing during the run!

I had warned Tom that it wouldn’t be a fast run, and that I wanted to stop for photos with characters. Luckily Meghann had advised me there would be queues, so we ran at a decent speed between characters and didn’t mind too much about waiting.

Our first stop was with these fairies that I thought were Tinkerbell. They weren’t and I have no idea who they are. Can anyone enlighten me? (Edited to add- apparently this IS Tinkerbell and her sister Periwinkle, thanks Becca Johns!) 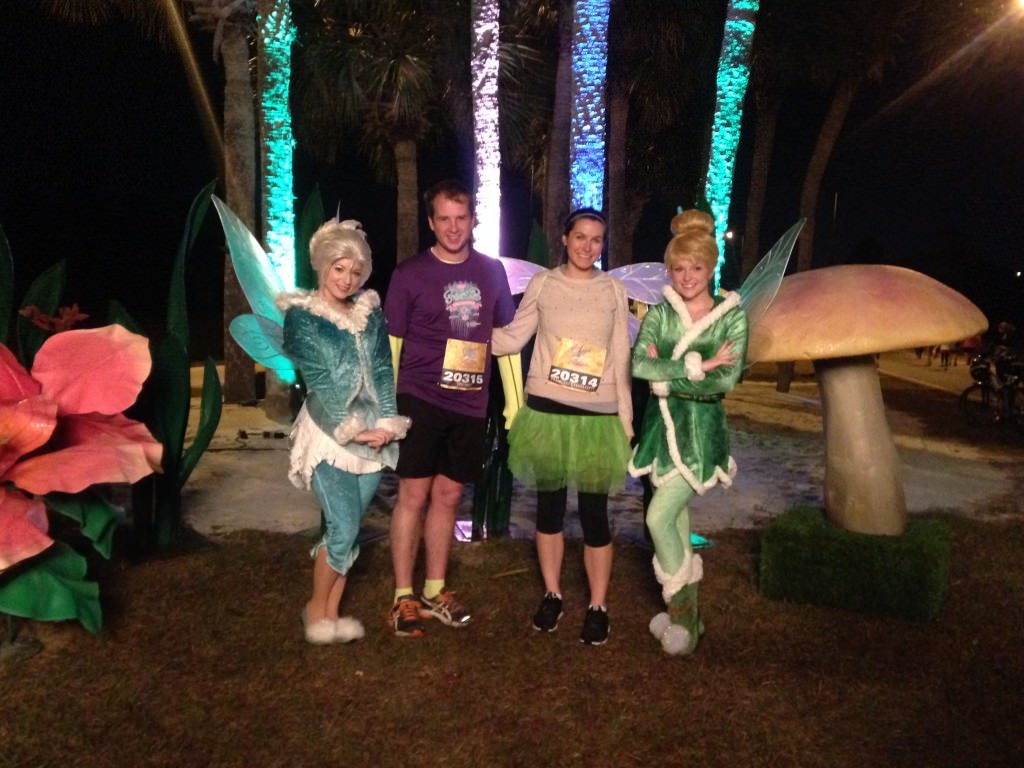 To be honest, a lot of the race was actually a little boring and I was glad not to be running alone. There weren’t as many characters as I was expecting and a lot of dark empty roads…

Until we got into Epcot. The lights were gorgeous and it felt awesome running through the park without the usual masses of tourists. I threw away my jumper about the 5 mile marker- just in time for a photo with Donald Duck! 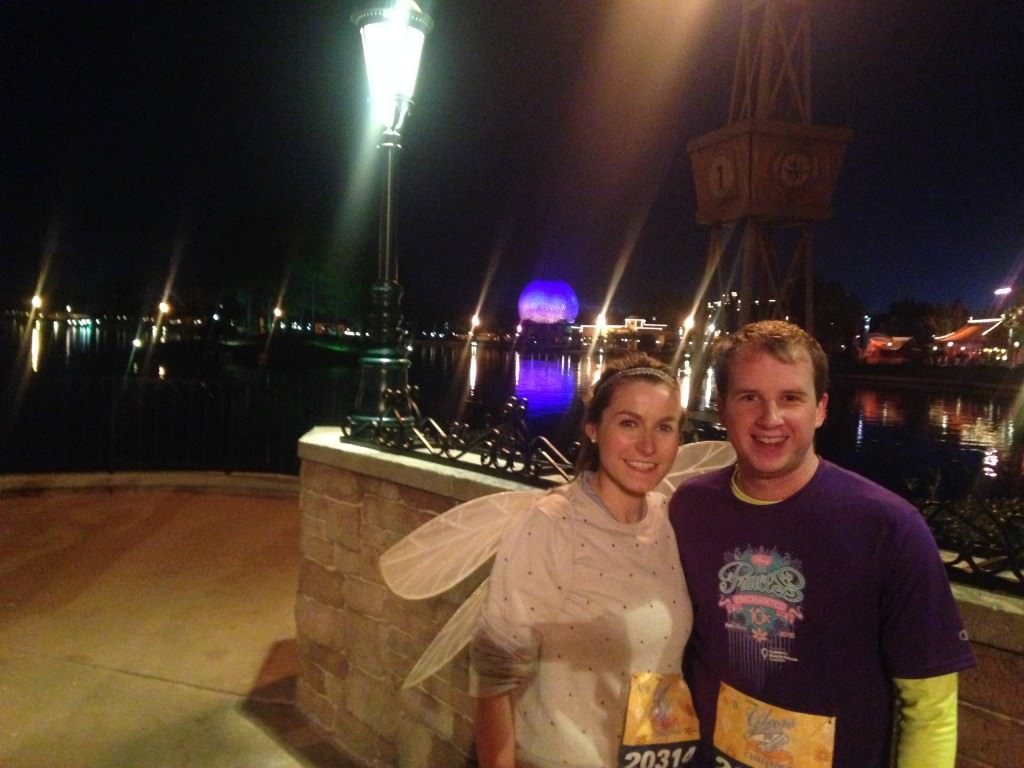 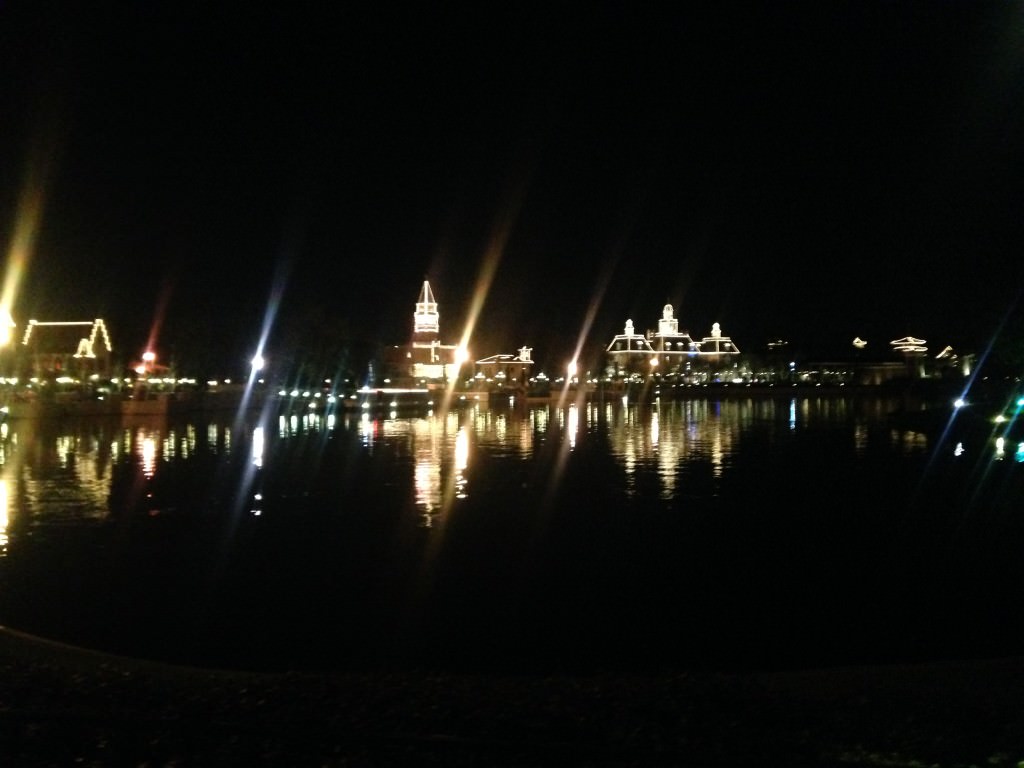 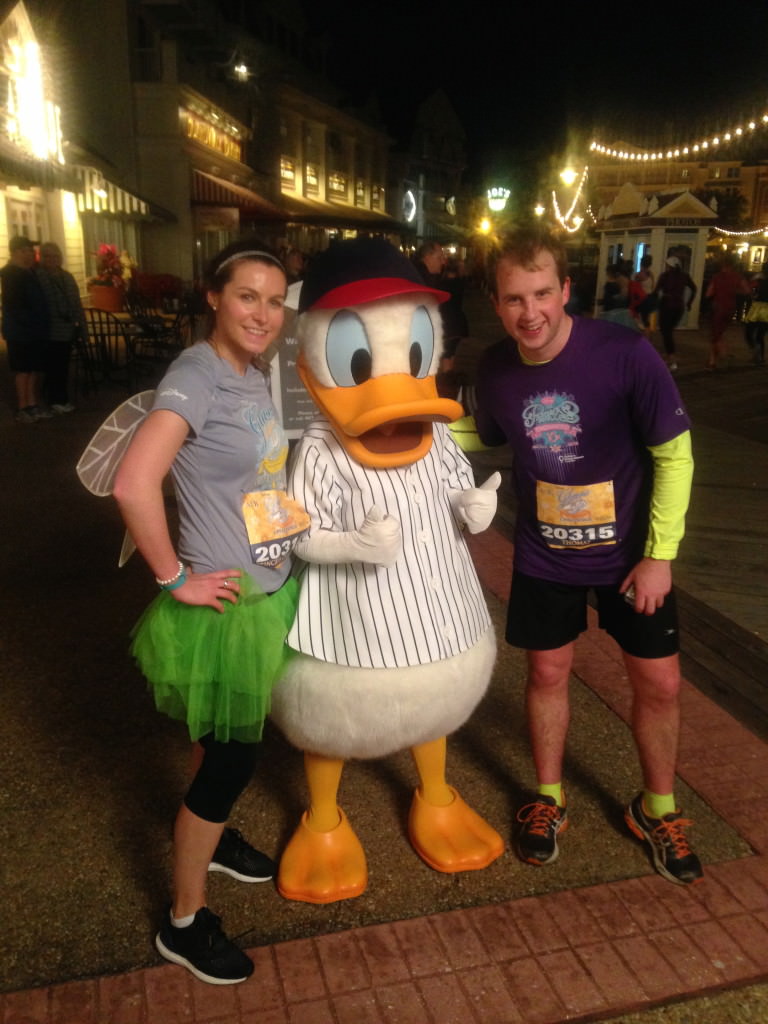 Of course we also had to stop for Minnie… 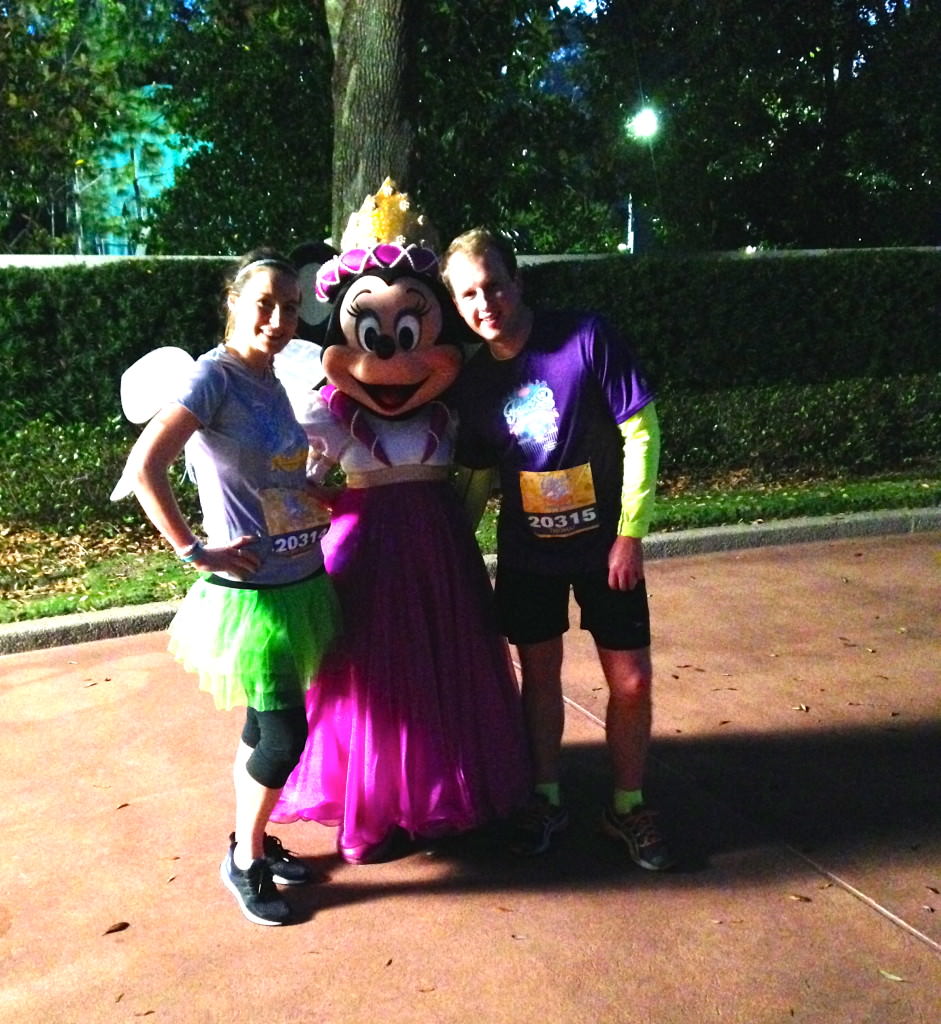 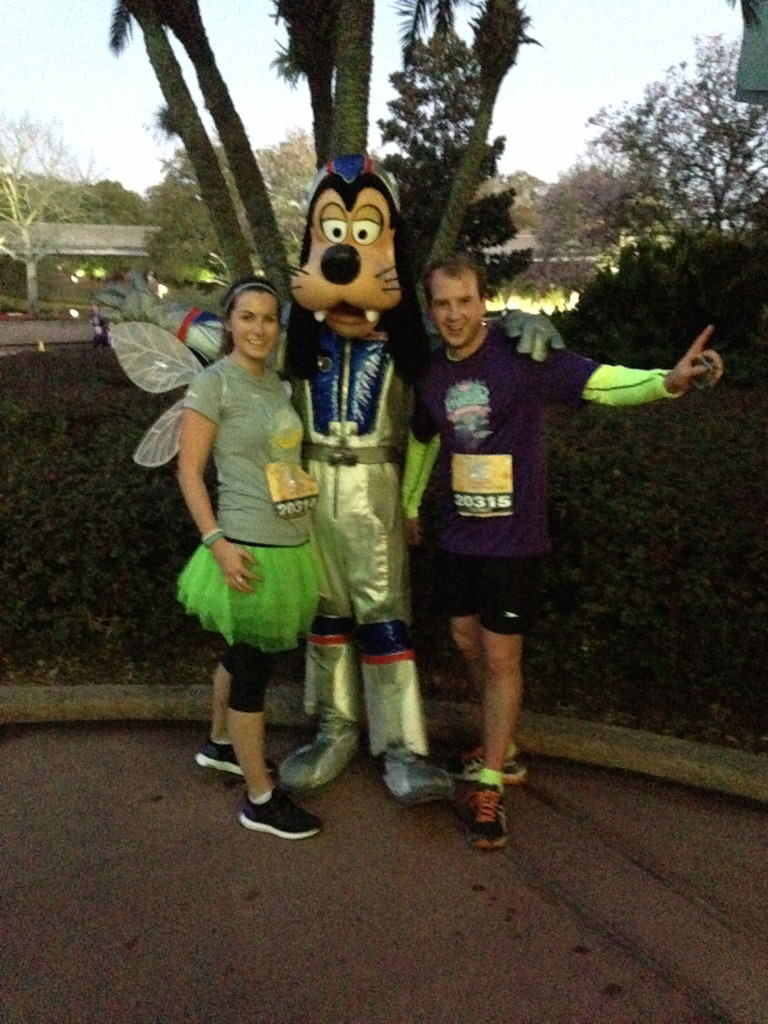 And goofy. Shame all the great characters were only in the park and didn’t break up the other miles!

Tom hated me for making him have this photo taken. 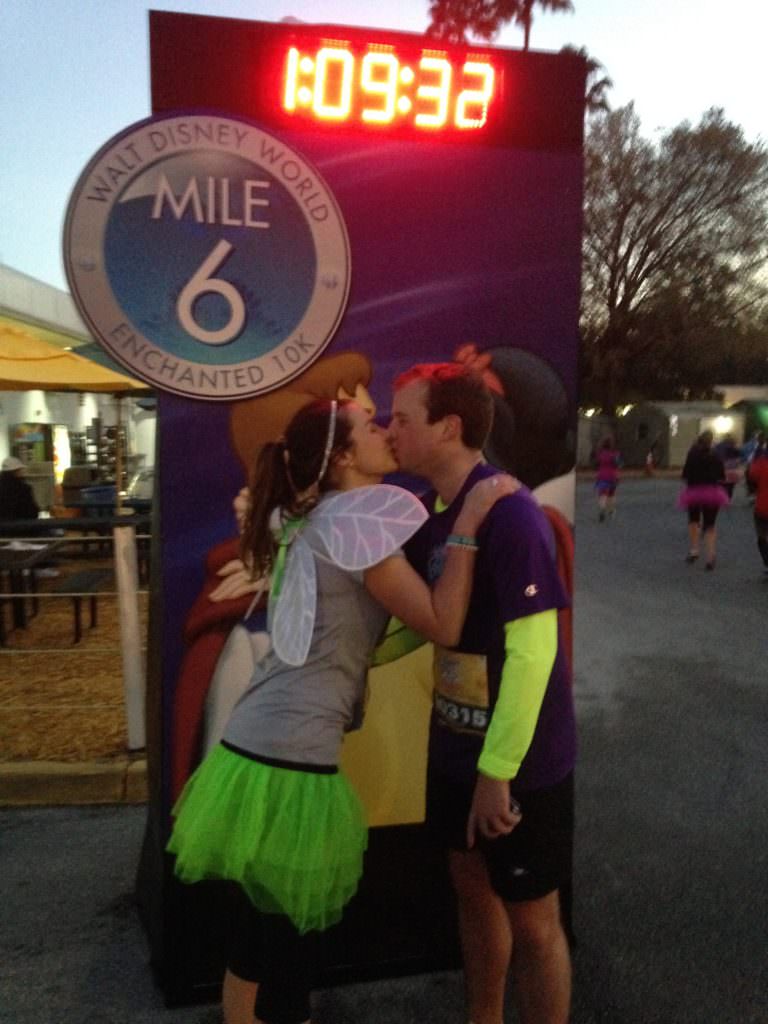 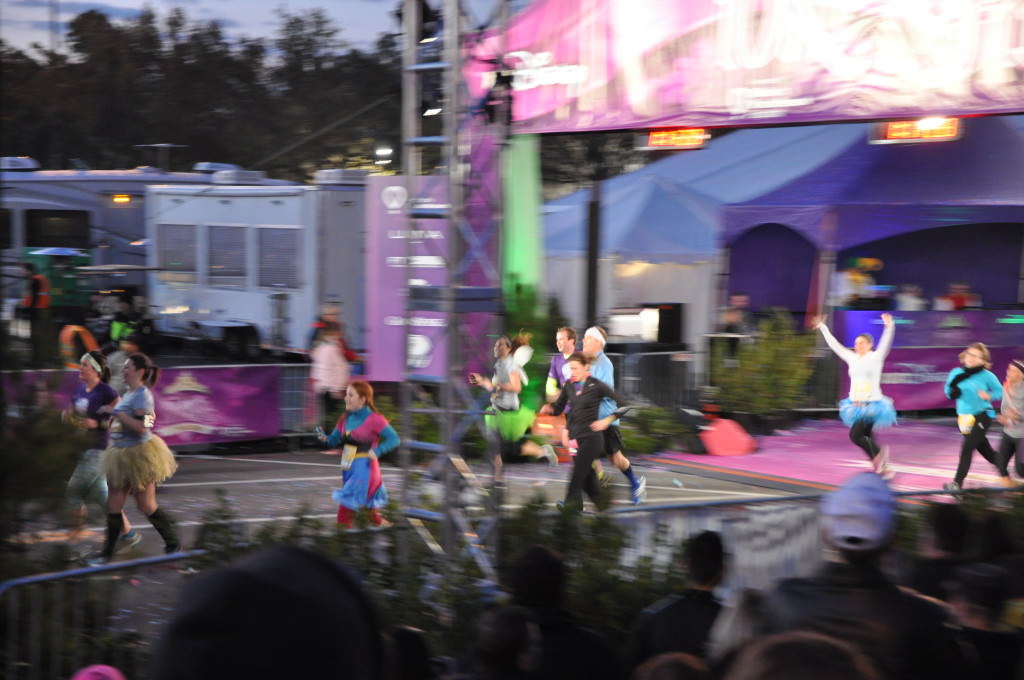 We made it over the finish line holding hands, at which point we were stopped by someone with a camera and interviewed. I dread to think where that footage will be used. I loved collecting our first mega medal of the weekend! Enchanted 10k finished in 1.11.12! 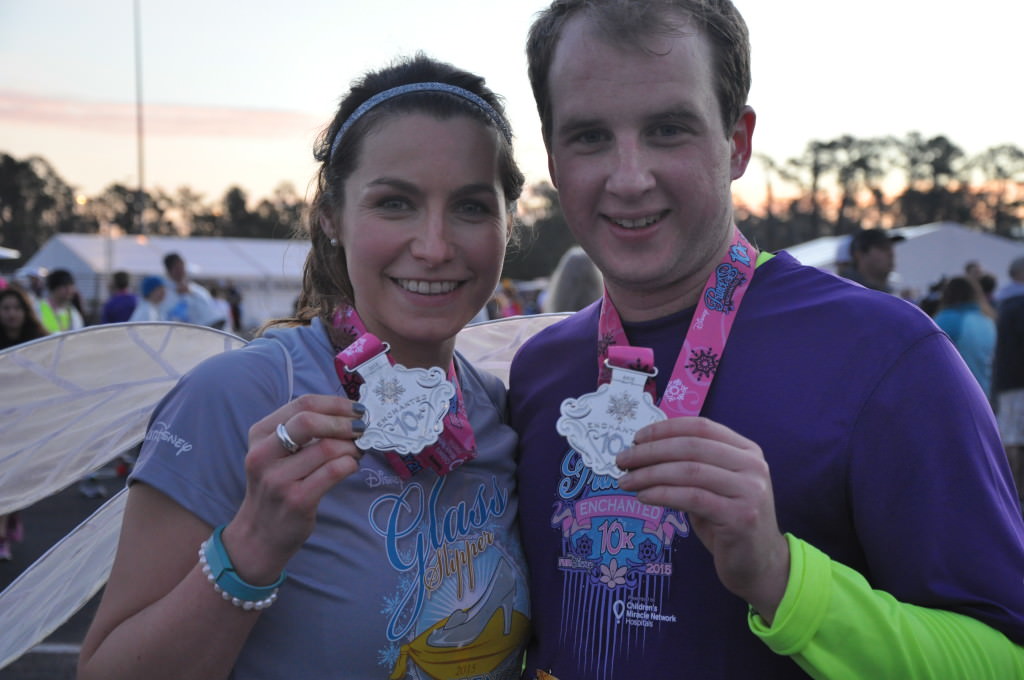 We quickly scoffed down our bananas and tucked into our goody boxes. Our day was only just beginning! The buses that had taken us from my parent’s hotel dropped us back there for a quick shower and change before hot footing it over to the Magic Kingdom. Our first fast pass was booked for 9am and I wasn’t going on Space Mountain on an empty stomach!

Our day was hectic, hilarious and brilliant- however not ideal preparation for a half marathon the following morning! To be continued…