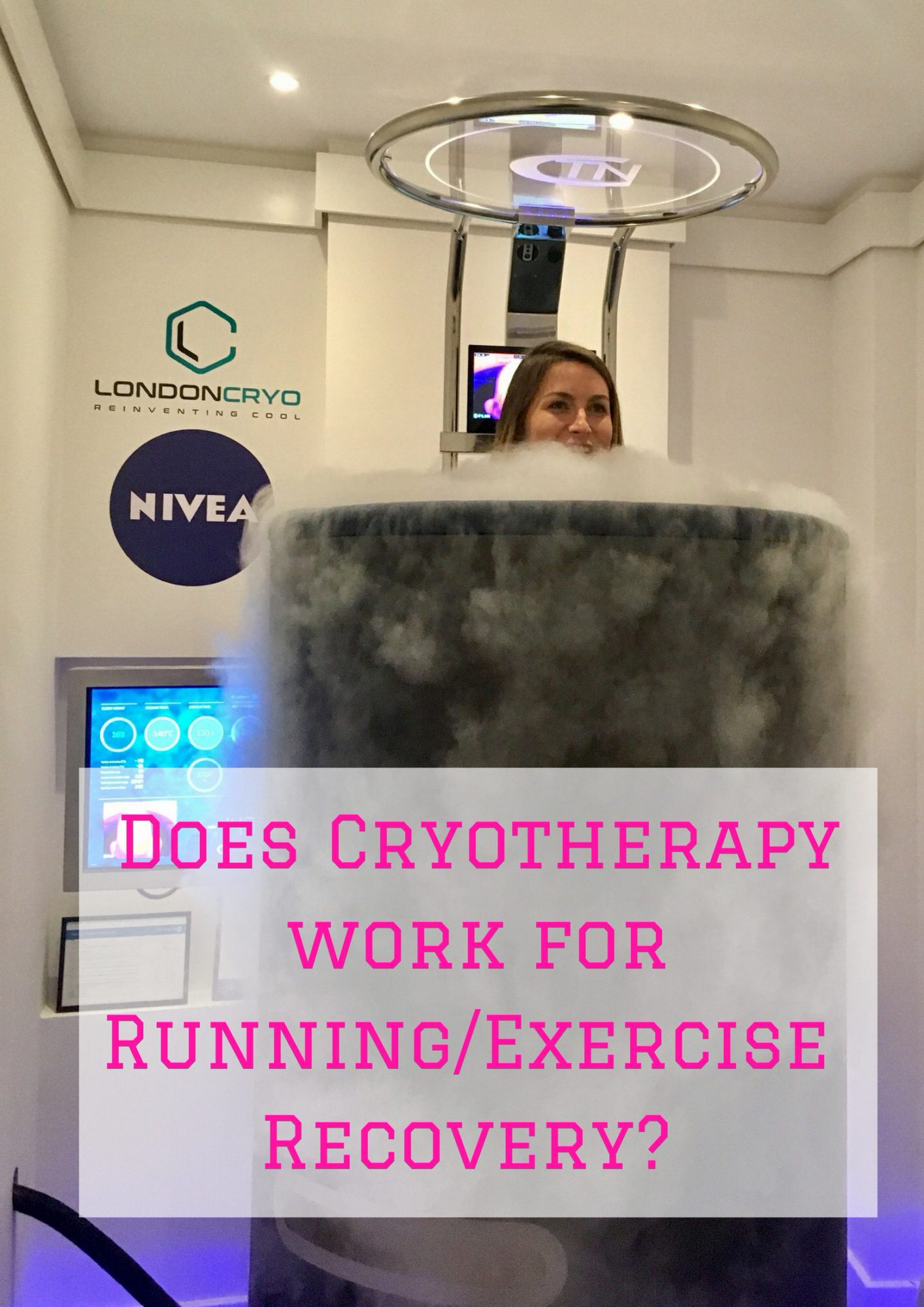 My initial reaction was, ‘are you joking?’ when I was told that I was about to immerse my body into such freezing conditions for 2 minutes. I’m not good with the cold at the best of times, but willingly standing in a chamber being blasted with air that is colder than the North Pole in knickers, socks and gloves, all in the name of recovery seemed like it wasn’t my best idea ever.

I’d been invited along to the event by Nivea to relaunch their body lotion with added serum to rehydrate and moisturise our skin following the cryotherapy session. I was interested to try it out as a workout recovery, having heard that sports teams are increasingly turning to cryotherapy – and even Harvey (who I’m working with at Function 360 to improve my running strength) has been using cryotherapy.

So the premise behind cryotherapy for fitness recovery is that it increases the rate of muscle repair by pumping ‘new’ oxygenated blood to your muscles. Apparently it helps reduce inflammation and lactic acid. One Cryotherapy website I found explained. ‘

‘the sudden exposure to extreme cold causes severe vasoconstriction of blood vessels in the dermal layer of the skin.  Blood is directed away from the skin and targeted to protect the vital organs. This stabilises the body’s core temperature. Your blood becomes enriched with hormones, oxygen and healing enzymes as it flows to the internal organs. As soon as you finish your treatment, your blood vessels then do the exact opposite – they dilate.  Enriched blood then flows back to the rest of your body.  Your blood flows faster and this assists the lymph system to work more effectively’ 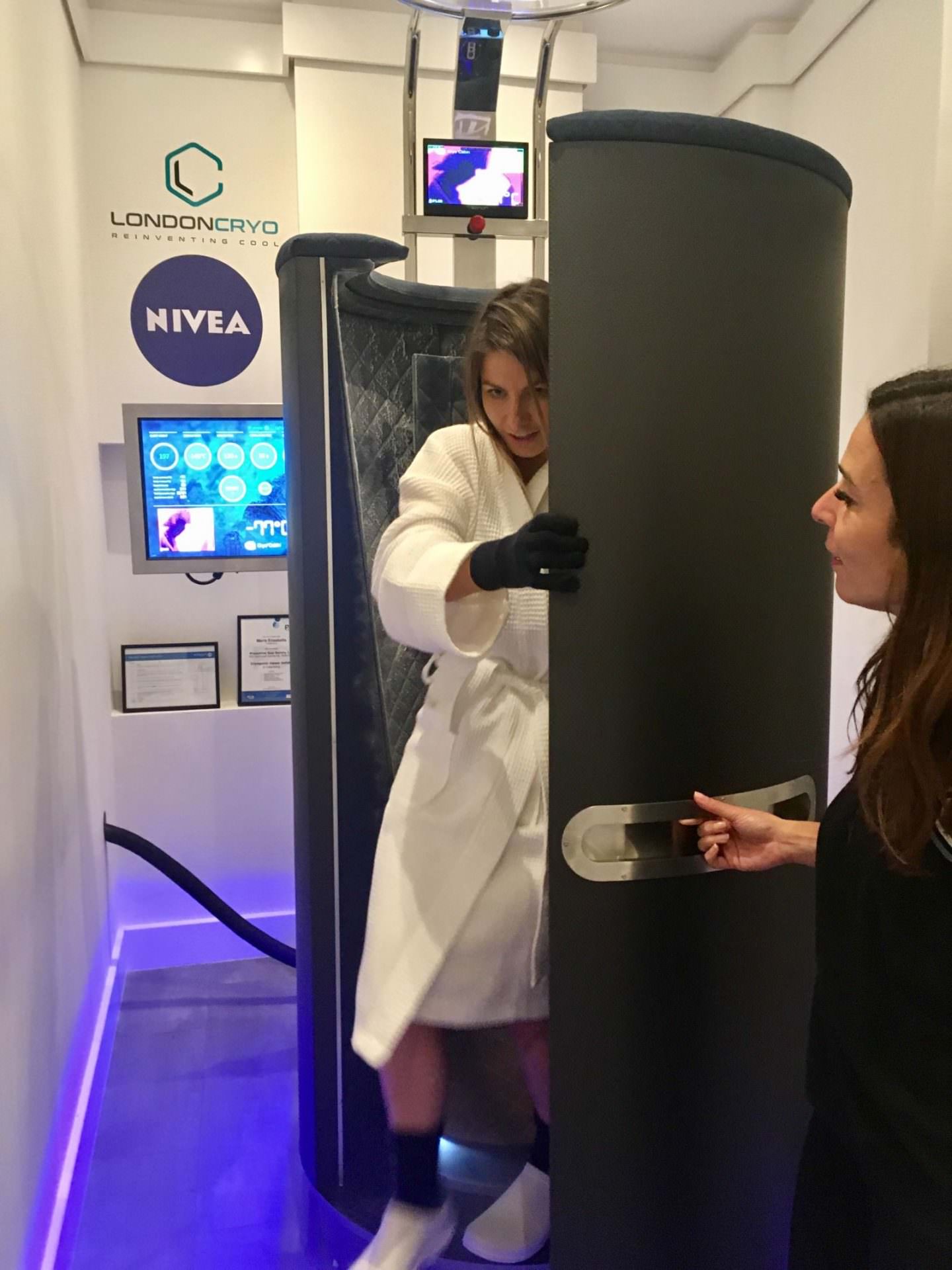 It does seem, however, that the benefits associated with icing and muscle soreness and recovery, could be achieved through more traditional ice baths. Although another study did mention the fact that your muscles are cold for hours after an ice-bath as a potential risk for further injury, a problem not seen with cryotherapy. And this study found that clinical-like cryotherapy reduced the inflammatory process by decreasing macrophages infiltration and the accumulation of the inflammatory key markers.

Check out my video here about the experience – don’t forget to subscribe to my channel!

Cryotherapy sessions are said to energise you, whilst also helping to reduce stress and anxiety. Well, I promptly fell asleep in the taxi on the way home, so I’m not sure what the says about the energise claim, although I did feel noticeably calmer. I was interested to learn that the owner of London Cryotherapy Centre is running the New York Marathon next weekend, and this is the first training cycle where she hasn’t been injured, she thinks it’s due to regular cryotherapy sessions.

My conclusion? With a £90 price tag PER SESSION (that’s 50p per second you’re in the tank!) and not enough concrete scientific evidence to support the use of cryotherapy for muscle recovery, I’ll be sticking to ice-baths, ice packs and generally freezing my ass off as I walk back from the coffee shop at the end of a long run…