Have I mentioned that I am running a 10k in less than a months time? No, I don’t think I have, probably because I had sort of forgotten about it. Whoops. Have I also mentioned that I am doing the bike part of a relay triathlon in 3 weeks time and have done absolutely no training for it at all..double whoops.
After training for a marathon and regularly running two or three times 10k distance at a time, I wasn’t phased at all by signing up for the Race for Life 10k at the beginning of July. That was until I went for my first post-marathon run last week. I made it 2 miles and found it pretty tough! It didn’t help that I had done a Body Pump class the day before so my legs were feeling a little rough. Safe to say that I am not going to breeze through the 10k as I may previously have done. Add to this the goal I’ve given myself of finishing in under an hour and I think it may well be a huge struggle, both mentally and physically. 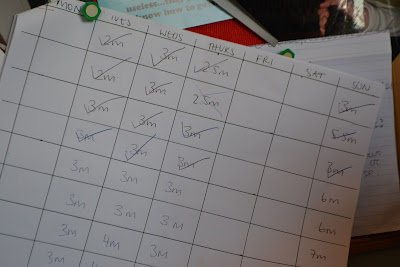 So with the 10k in mind, I frantically started googling ‘train for a 10k in under 4 weeks’ training plans- thank you Runners World for having such plans for moments like this! So in order to even attempt to achieve my 10k goal, I have opted for the run 5 times a week plan. Sounds a little crazy baring in mind that my marathon training only involved 4 runs a week, but I’m hoping that because the distances are less that my body will recover faster after long run Sundays!! 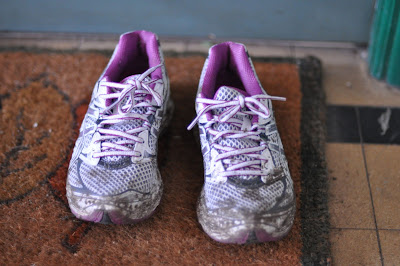 I am also going to actually try and follow the speed work listed in the schedule rather than making up my own stuff/ignoring speed work altogether which I have done thus far in my running training.
But what about the triathlon you may ask… well I have ridden a bike approximately twice in the last 9 months, and one of them was down Venice Beach. 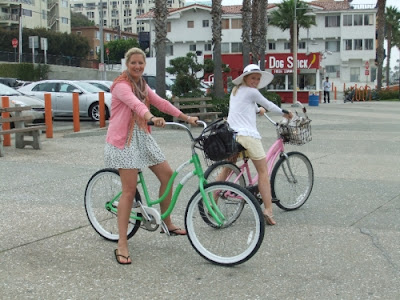 I am not feeling overly confident about the 20km that I will be cycling in 3 weeks time. I’m not so worried about the distance, more about it being part of a race, meaning that other cyclists WILL be riding near me (unless EJ is super slow or super speedy in her swim leg…fingers crossed!) I’m also irrationally scared of falling off my bike- despite my very snazzy floral helmet to protect me.

Last Wednesday I was totally psyched up to cycle to work, decked out in my gear- the floral helmet, floral dress (totally cycling appropriate!), rucksack and trainers. My flatmate, Amanda, kindly told me that I look like I should be on the Undateables TV show before I headed out! I went downstairs ready to ride, only to discover that I had a flat tyre! So I trudged upstairs, got out of my cycling gear and onto the tube, arriving incredibly early for work!
And now to Coldplay… 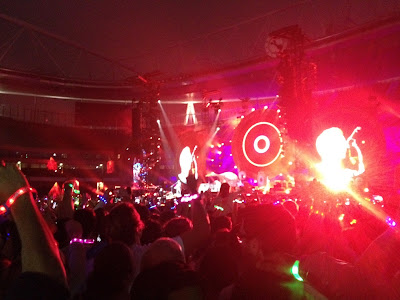 A group of friends and I went to see Coldplay in their Mylo Xyloto tour on Friday and they were AMAZING! 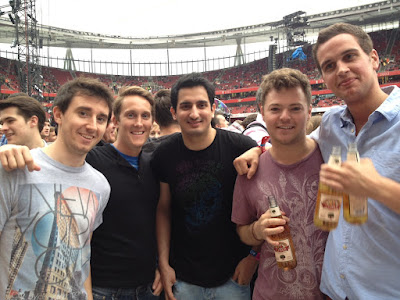 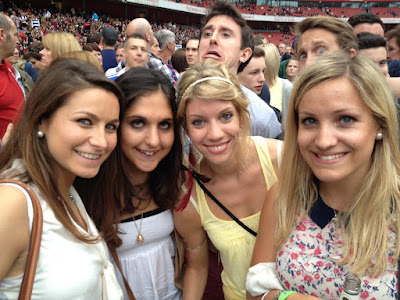 We had standing tickets which were so much fun, despite the rain and having half a pint of beer poured down me. 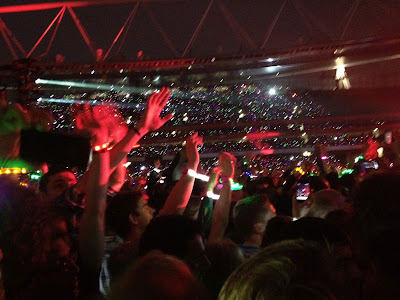 We were all given different colour wristbands on entry that lit up during certain songs. It got everyone jumping and waving their arms around. We had a great time singing along to some of their old songs and a number of the classics. It’s the second time that I’ve seen Coldplay and they just get better and better. 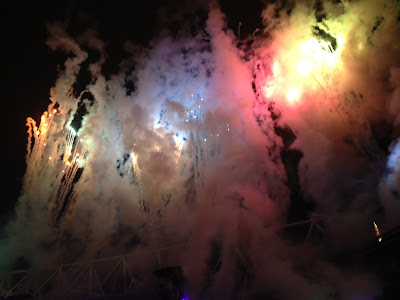 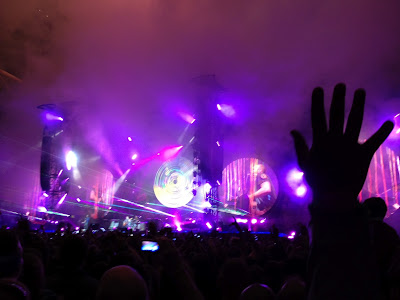 After the Coldplay concert, Amanda and I got to thinking about other bands/artists that are on our concert hitlist. We came up with Lady Gaga, Elton John, Beyonce, Jay-Z, Rihanna, Tom Jones (Amanda’s addition!), and Adele. I’m embarrassingly excited about the Westlife concert I’m going to tonight- I might have mentioned before that I have terrible taste in music!!