Tom and I have fallen in love with the running community in Cardiff – although I am yet to make it to the Nike Cardiff runs (it’s on my list) the parkrun group could not be more friendly.

Having raved online about this, I was contacted by the Cardiff University International Half marathon to see if I was interested in running (YES) and speaking at their exp (erm, yes, well OK then) about the Power of Social Media and Running. Luckily social media is something I know quite a bit about, and I love running, so it was a bit of a no-brainer… 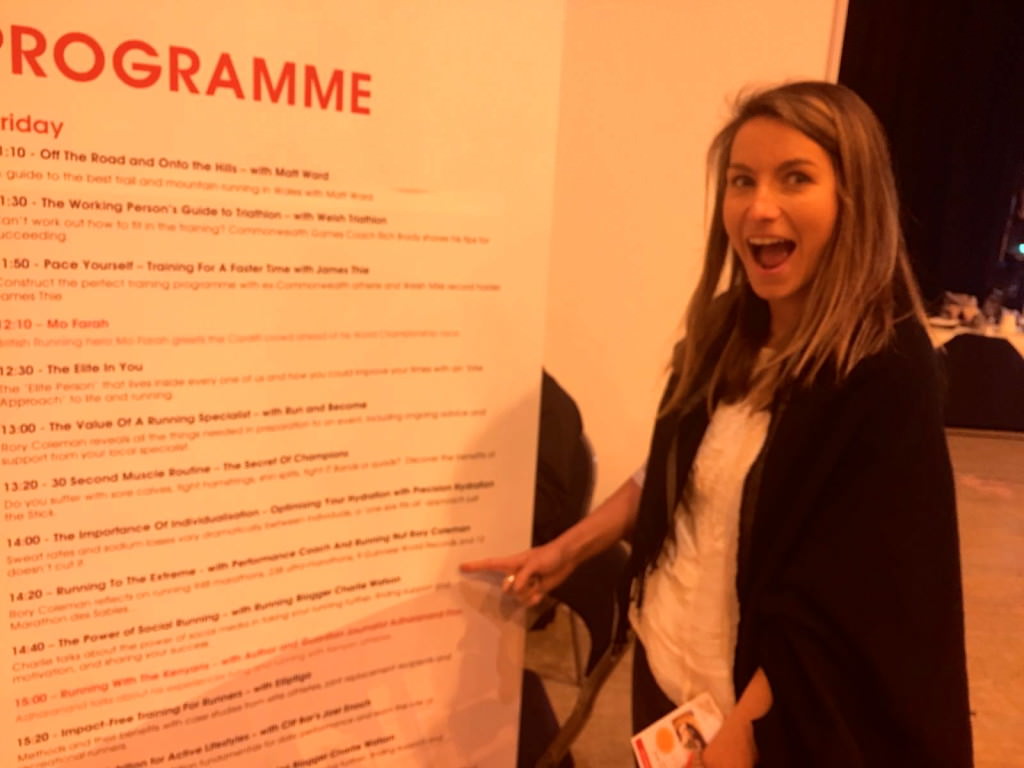 I had two speaking slots, 2.40pm and 4.40pm on Good Friday, so we took the opportunity to explore the expo, try some new Cliff bar flavours and lust after destination races in Copenhagen before I took my turn on the stage. 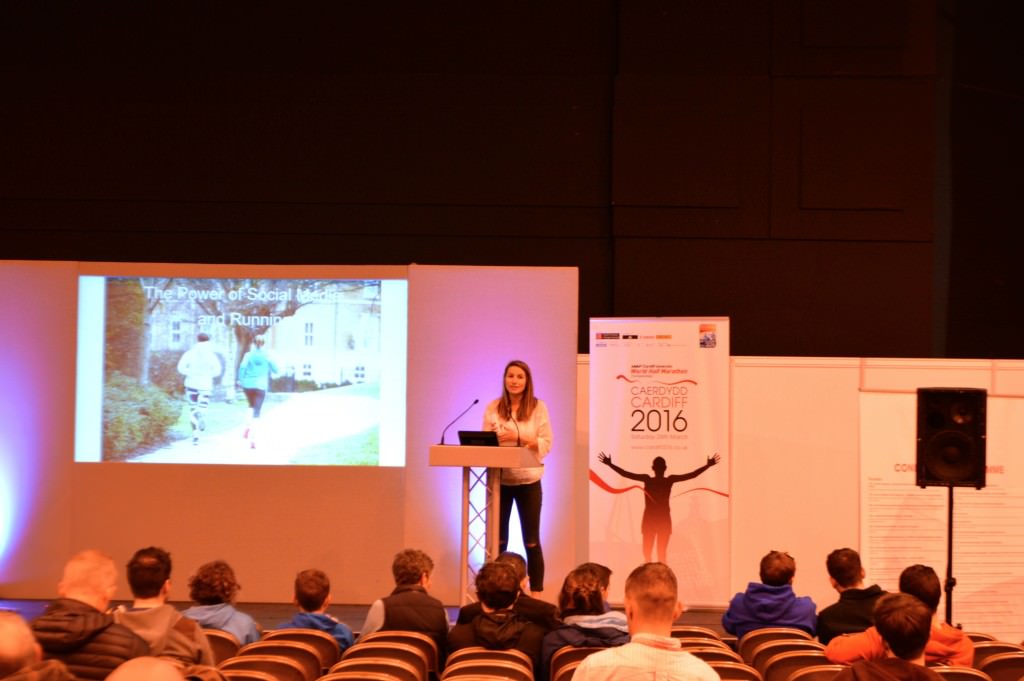 I didn’t feel as prepared or confident about this presentation as I had done for my Fitfluence talk, and having a PowerPoint, microphone and notecards flustered me slightly but overall the talks went well.

Once I was up there, I actually quite enjoyed it, and loved meeting some blog readers afterwards! It made it all so worth it!! Thank you so much to those people who came over to chat with me – you have no idea how much it meant to me! 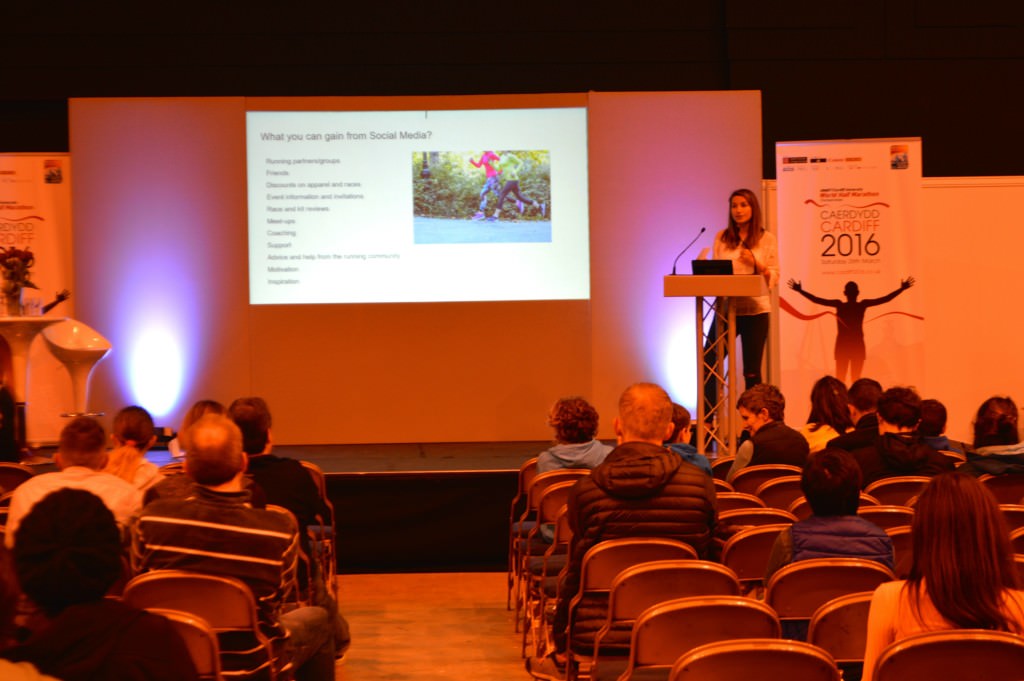 Unfortunately, my ITB injury has prevented me from lining up with the elites today, but I did make it to Grangemoor parkrun. I had been advised to only run at 1/5 effort, so it was a rather slow 5K (about 29 minutes!) but it felt great to be running again, and hardly any knee pain. It’s the furthest I’ve run since January!! 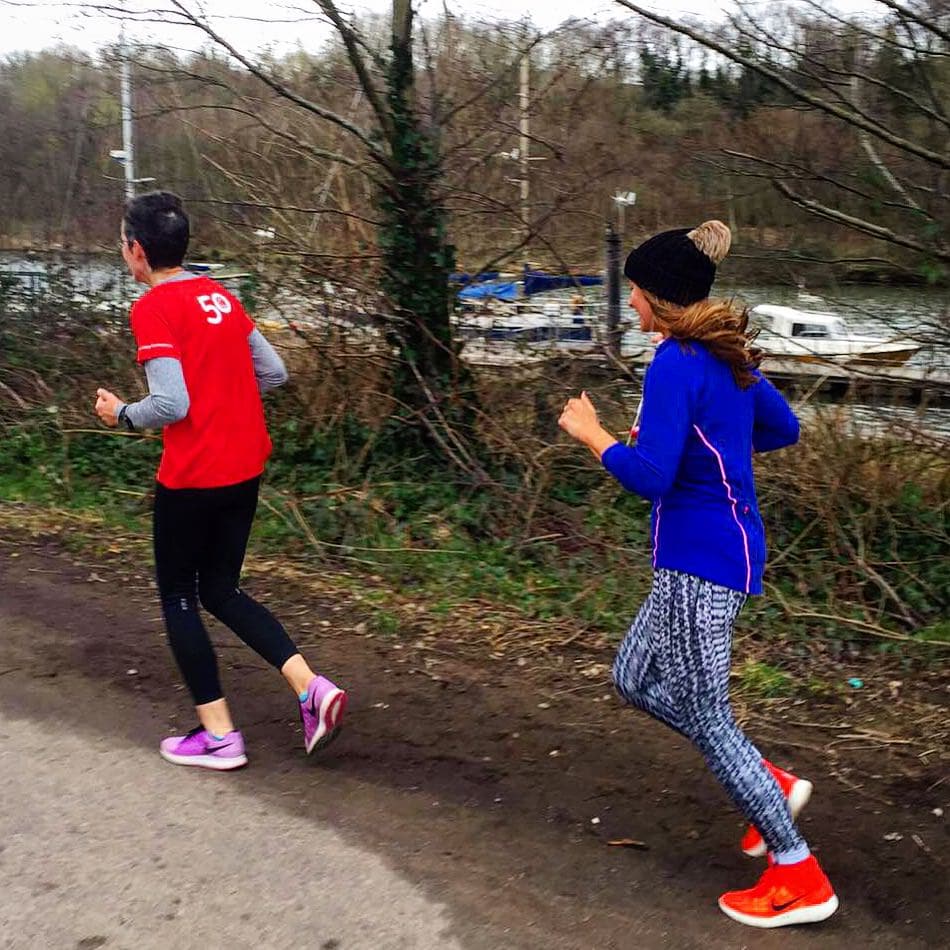 The rain held off for our parkrun but was NOT the case for the Half Marathon unfortunately. We were cheering the runners on around Mile 3 and watched at Tina Muir, the GB elite (and founder of the Runner’s Connect podcast sped by) then Mo Farah with the men, and some friends running in the crowds. 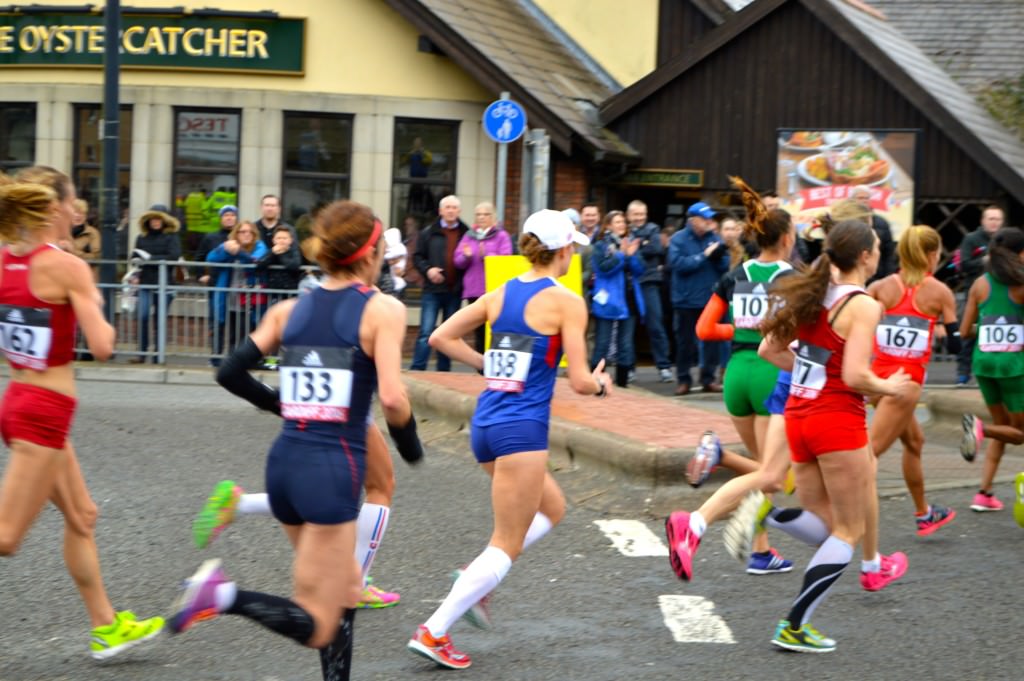 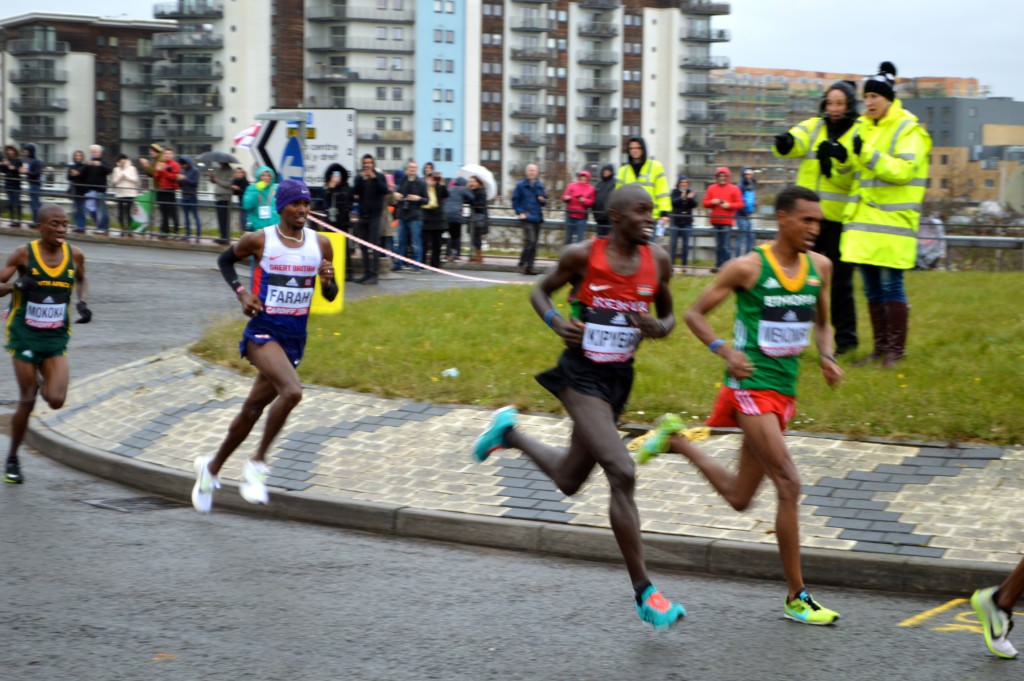 I was so disappointed not to be running around what is quickly becoming one of my favourite UK cities, plus we learned at the expo that because it’s an World Championship race, everyone that ran got a world ranking!

Congrats to everyone that ran in Cardiff today, I’m hoping to be back to run the October Cardiff Half as the perfect warm up for NYC marathon!