Last week Jack and I took advantage of his industry discount and travelled to St Lucia to spend a week in Marigot Bay.  After a cold winter, we were very excited about getting some much needed warm and sunshine. 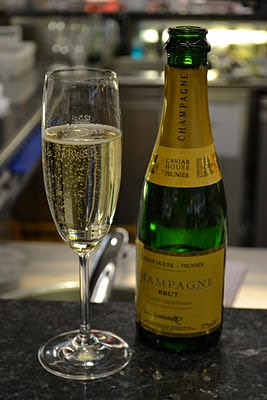 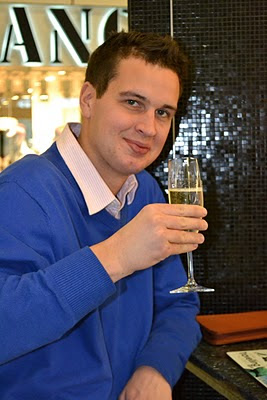 We started our luxurious holiday at the Caviar House at Gatwick Airport, where Jack treated me to a glass of champagne and some smoked salmon. All very lavish for a Sunday morning. 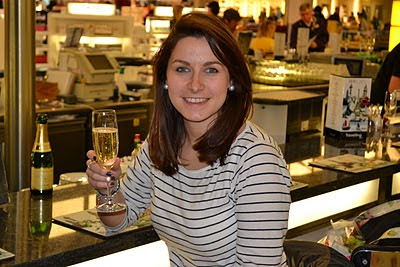 Our flight was easy and pain free, as was our arrival into Hewanorra airport. We were greeted there by a swish Mercedes, which Jack described as ‘the nicest car on the island’.
Unfortunately the roads in St Lucia are very steep and winding, and people drive pretty fast. It wasn’t long before Jack and I were both feeling a little unwell. Jack was unnaturally quiet in the car, so I knew he must be feeling pretty ropey. I tried to overcome my queasiness by talking to our driver, Neptune, about the island. 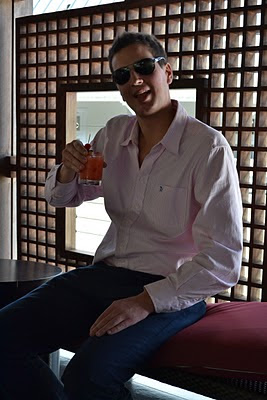 On arrival at the hotel we were presented with a rum cocktail. 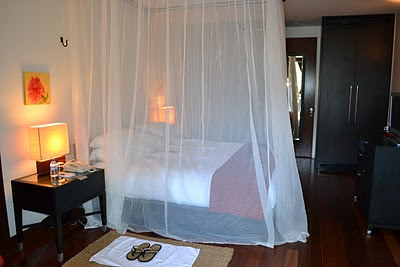 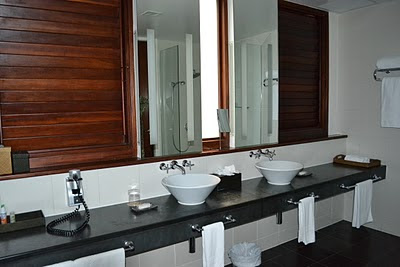 Our room was very elegant and attractive with its dark mahogany wood floors and walls, white linen and soft lighting. I love hotel bathrooms, and I was a little disappointed that we didn’t have a bath. I was pleased with the shampoo and conditioner freebies though! 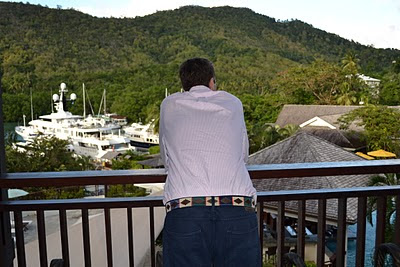 Check out the view from our balcony, and spectacular boats in the marina. The largest boat was The White Cloud, at 221 foot, it is in the top 100 largest boats in the world and came complete with a helicopter on the top deck! 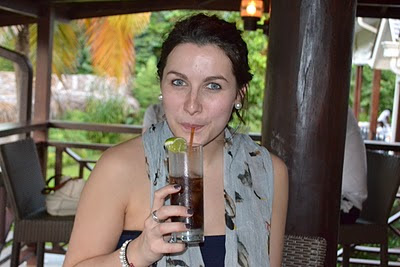 After settling into our room, we headed down to the Hurricane Hole bar for some drinks and snacks. 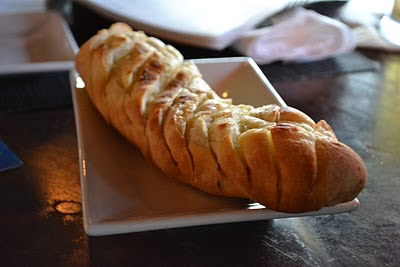 We were a bit disappointed by the food menu at the hotel bar, it was burgers, chips, chicken wings, garlic bread and not much else. We went for the garlic bread, which was quite tasty, given how hungry we were. 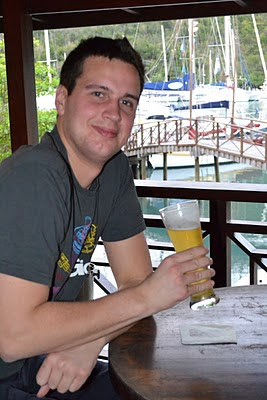 Supper that evening was at the French/Creole restaurant in the hotel, Boudereau. It had been highly recommended by the staff and on the hotel’s website classed as a fine dining restaurant. However, as Jack and I are self confessed ‘food snobs’ we were not overly impressed. We were totally exhausted which may have tainted our judgement. 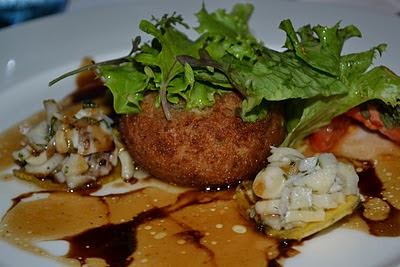 Jack kicked off with a Creole crab cake, which although tasty, was a little soggy, and felt as if it had been fried off some time ago. 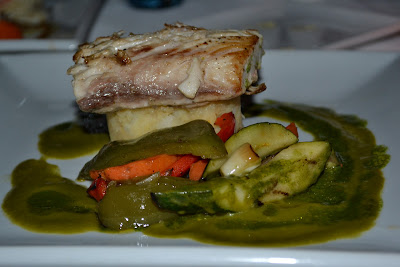 I went straight for the main, with red snapper fillet, vegetables and a sweet pea sauce. It had good flavours, but the snapper was overcooked. 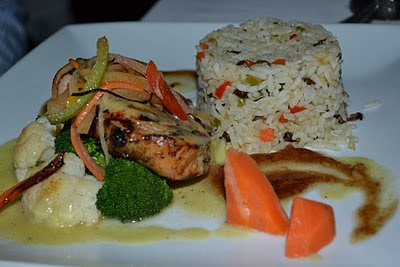 For his main, Jack had Jerk Pork that was delicious and the best of the three dishes.
We were exhausted after travelling all day and the 4 hour time difference, so we were tucked up in bed by 8.30pm.
(Apologies for the darkness of the food photos, the restaurant had terrible lighting)