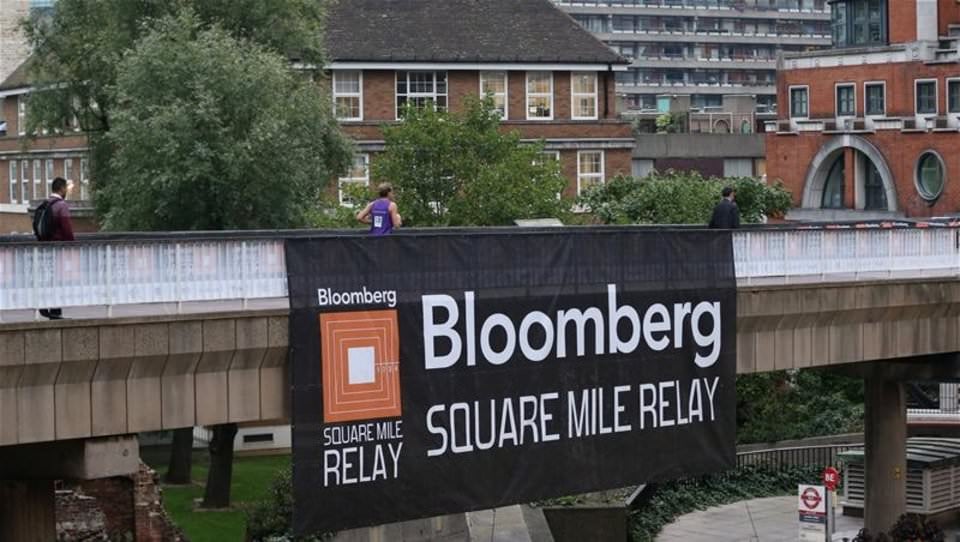 ‘I’m going to be late to celebrate your engagement because I am running the second leg in a 1 mile relay, sorry’

‘Is that a really lame running joke?’

This was the text conversation I had with a friend the day before the Bloomberg Square mile relay. I feel like my friends are pretty used to me going to random running/blogging events by now, and when I can squeeze them in without missing out on other social occasions, then all the better!

I was running with Speed Communications on one of their press/blogger teams along with this lovely bunch of people, most of whom I’ve met through blogging, including Kieran, Sophie, Jen, Becs and Paul. 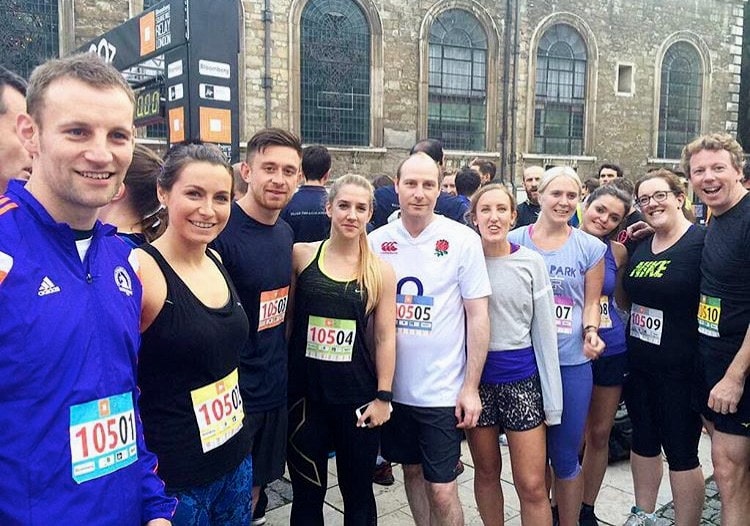 I’d opted to run the second leg so that I could make it in time to meet my friend, but was too scared to run the first leg! Kieran lined up at the start line whilst I waited in the runners pen ready to be handed the baton. I was really nervous, having the rest of the team waiting for me finish felt like a lot of pressure!

Kieran finished in 6.28 and handed on the baton to me. I’d forgotten my watch so instead of pacing it carefully I just decided to run as fast as I could and hope to finish under 7 mins. That was until I hit the first set of stairs! 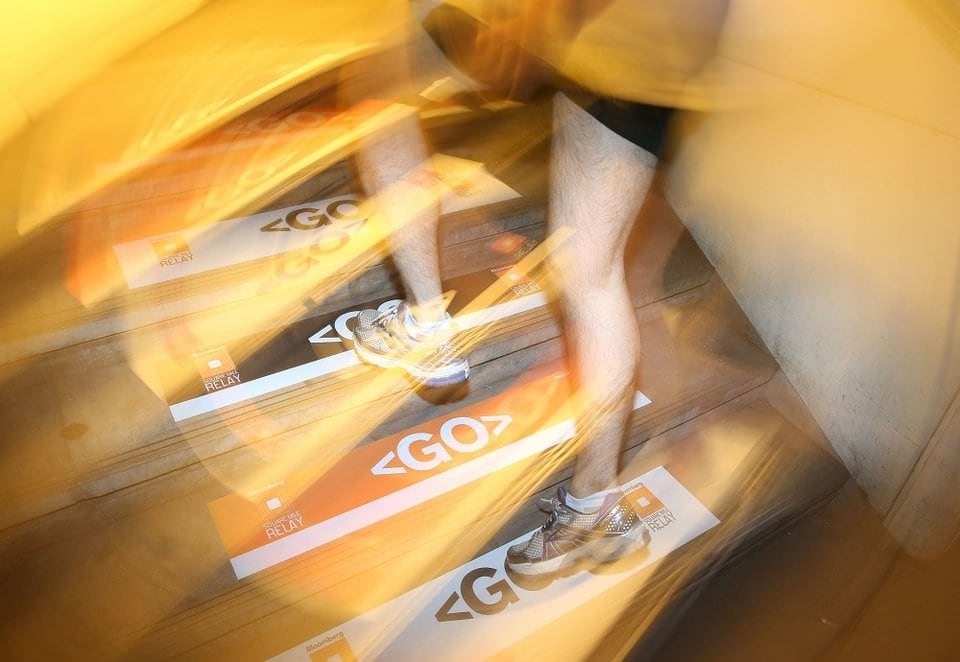 By the top of the stairs my lungs were already burning, and the constant corners and twists in the course kept me on my toes. I was being overtaken by a few of seriously speedy guys but also gaining on some other runners. Without a pace to think about I concentrated on picking a runner in front of me and then trying to catch up with them. 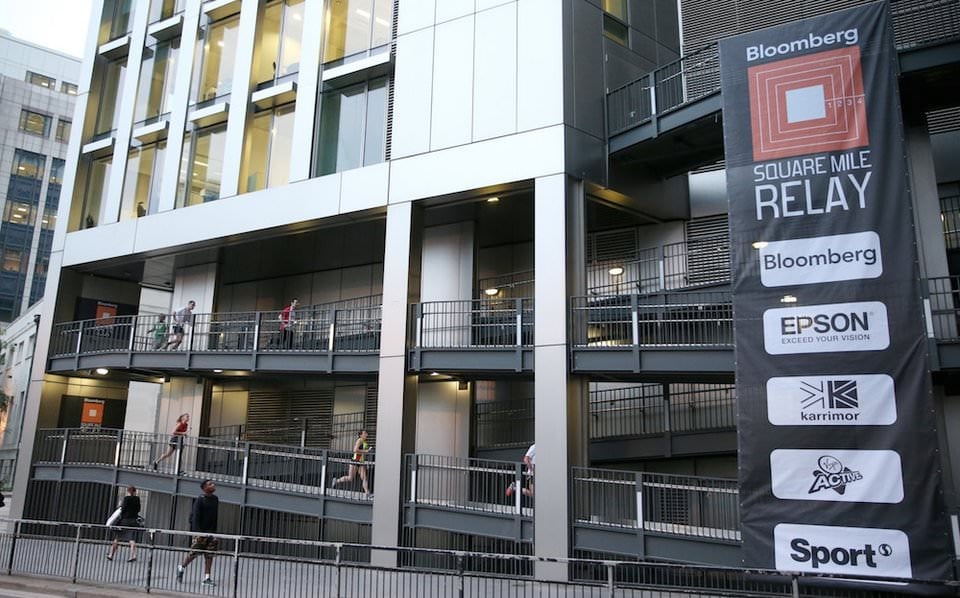 The first half seemed longer than the second, but before I knew it I was in the final stretch and tried to up the pace. I crossed handed on the baton (without dropping it!) and crossed the finish line in 6.51.

I know that I can run a mile faster, especially on a flat course, but I was pleased with my time. I handed off to Isaac who ran a really speedy 6.10, followed by Sophie in 7.40, Richard in 9.12, Jen in 7.56, Becs in 7.11, Jenny in 7.29, Rebecca in 12.06 and Paul in 6.36. Thrilled to be the fastest girl in our team (although pretty sure that Becs would smoke me if her arm was fully recovered from breaking it during an ultra marathon!) 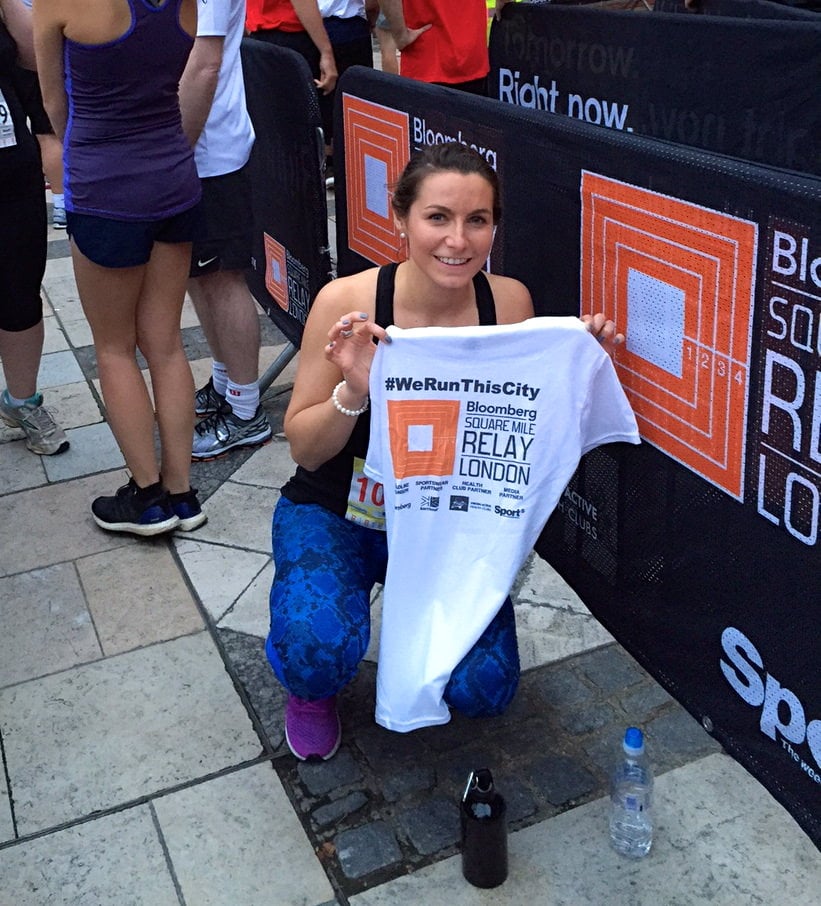 Our team finished in 1.17.45. The other team from Speed Communications did brilliantly, finishing in 11th place in 59.31. I’d love to be part of a team again next year, it was a lot of fun, although I think we need matching team kit in future! 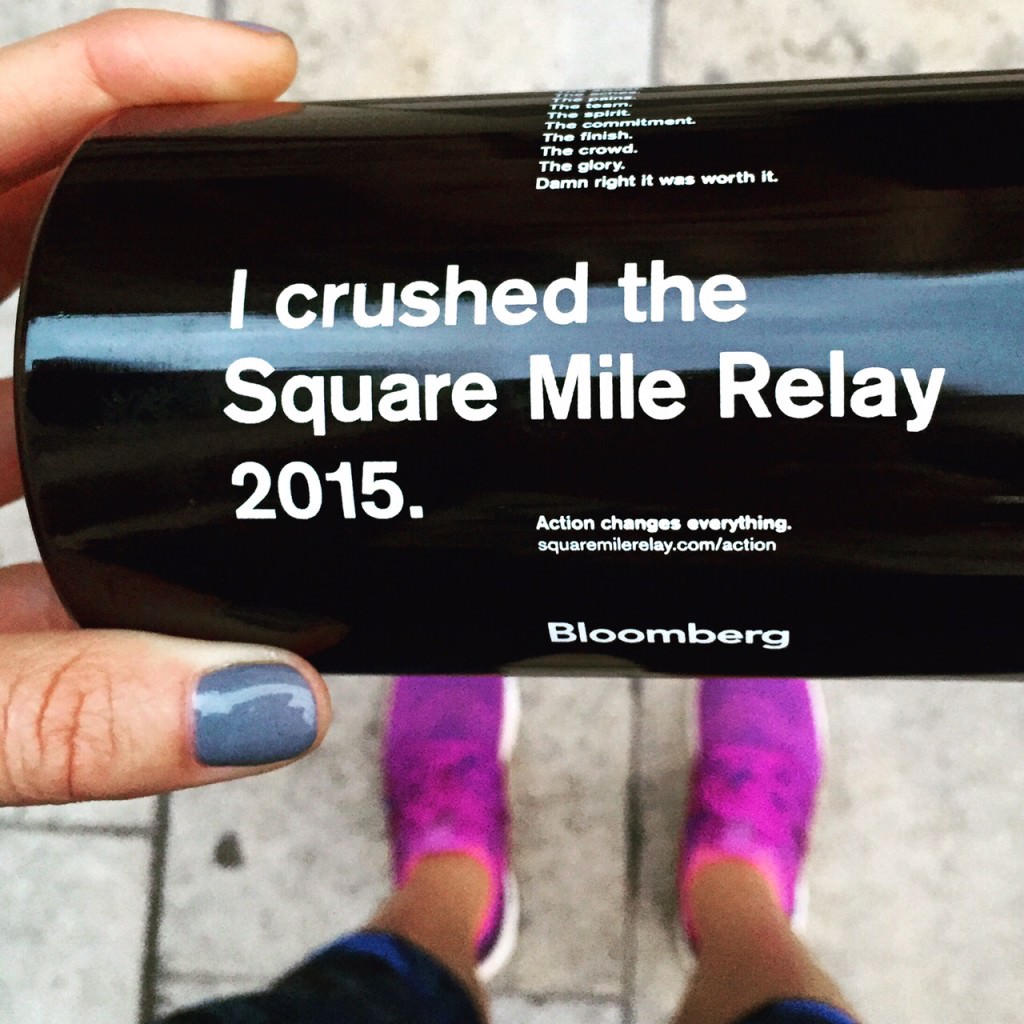