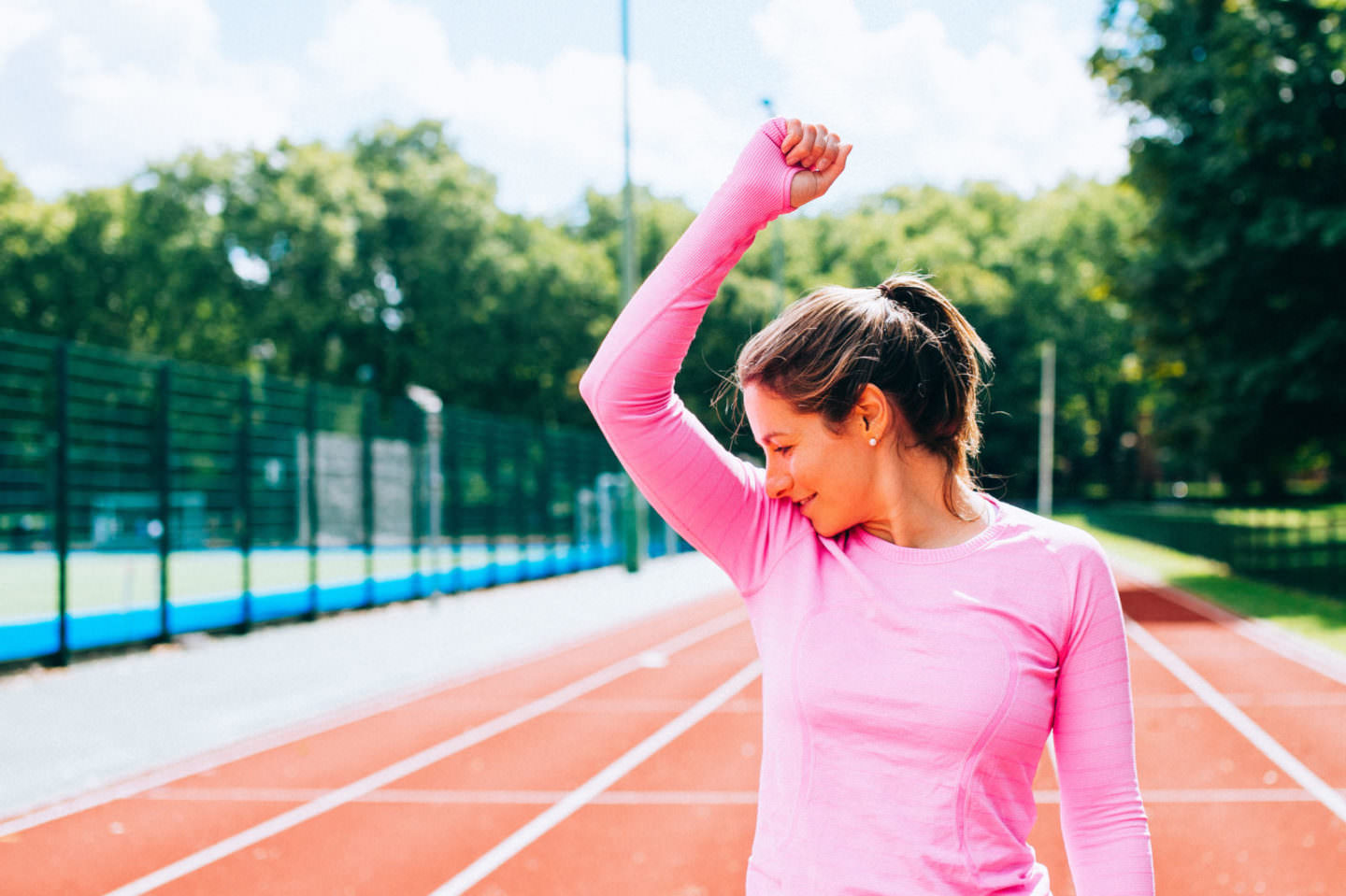 Have you ever smelt a bad odour in class, only to realise it’s you. Or rather, your workout gear? You haven’t been sweating yet, so how could you possible stink already?

Personally I found that a lot of my old Nike gear would reek. And it was embarrassing.

I don’t want to be the smelly one in class… Even when dripping with sweat, you shouldn’t smell if your deodorant is working. However, the kit that you’re wearing can make a big difference to your odour.

Apparently, it’s not us. It’s the bacteria on our body that feed on our sweat… which sounds pretty gross.

However, Lululemon are working with X-STATIC technology that utilises silver woven into the fabric to stop the bacteria reproducing by releasing positive ions that are attracted to the bacteria’s negative ions.Pearl Izumi, Athleta, Under Armour, Adidas and Patagonia have their own versions of the technology, but the long and short of it is that the technology stops the bacteria feeding and multiplying your clothing causing a smell. 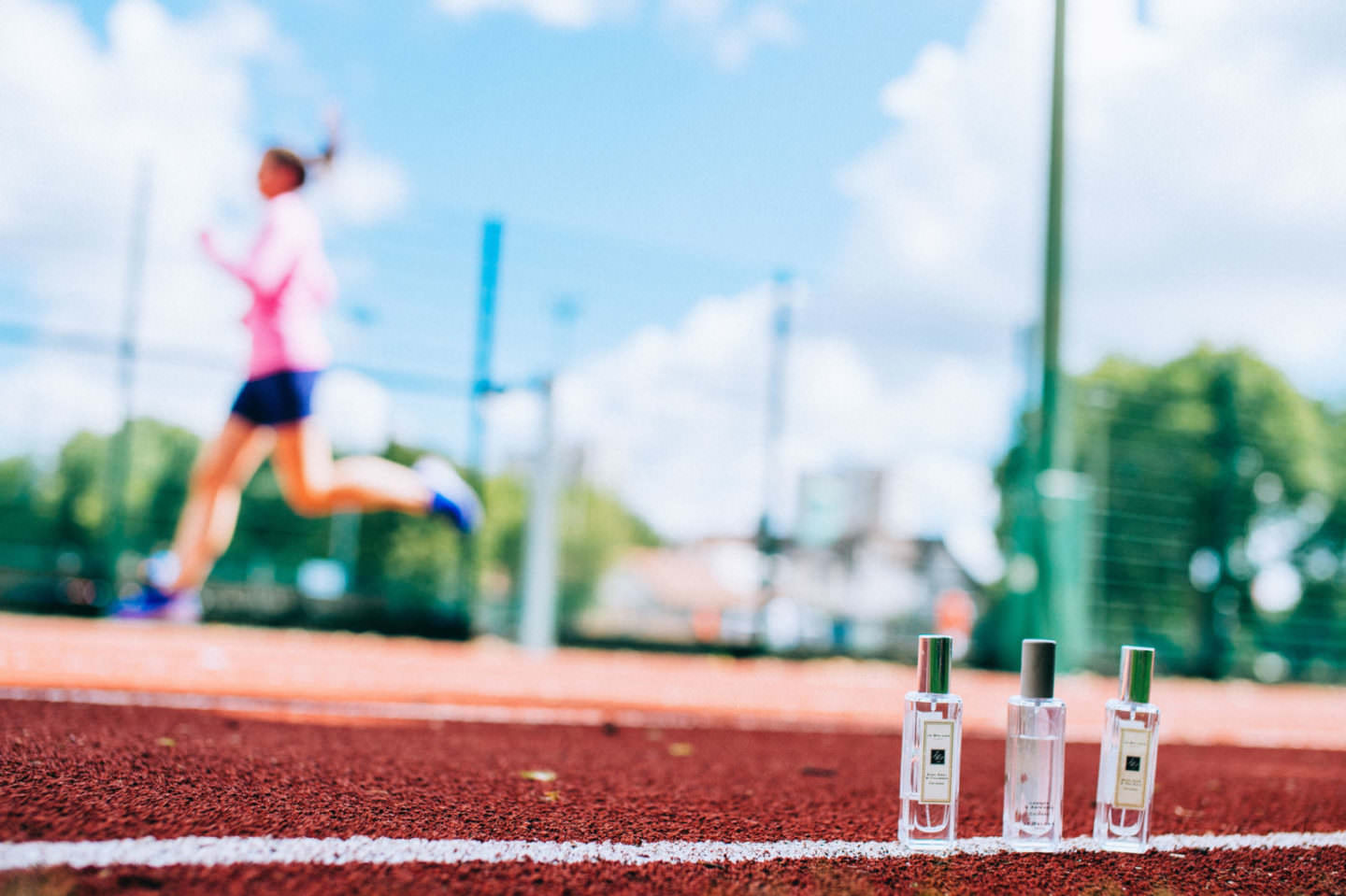 But does it work?

Overall, I don’t think that the technology stops me or the garment smelling after a tough, sweaty workout. However, it does help the smell wash out. They don’t retain the smell as my old Nike stuff used to.

And it does smell less than other workout gear. I’ve worn anti-stink gear for a couple of my marathons and although I wouldn’t want to wear the top again without washing it, they didn’t hum.

Furthermore, my Lululemon anti-stink gear has lasted a long time. Years longer than my old workout gear, whether this is due to the silver technology, who knows. But I would say, if you have the cash, then investing in some good quality, anti-odor kit might be worth it (for your sake, and those you live and workout with!). 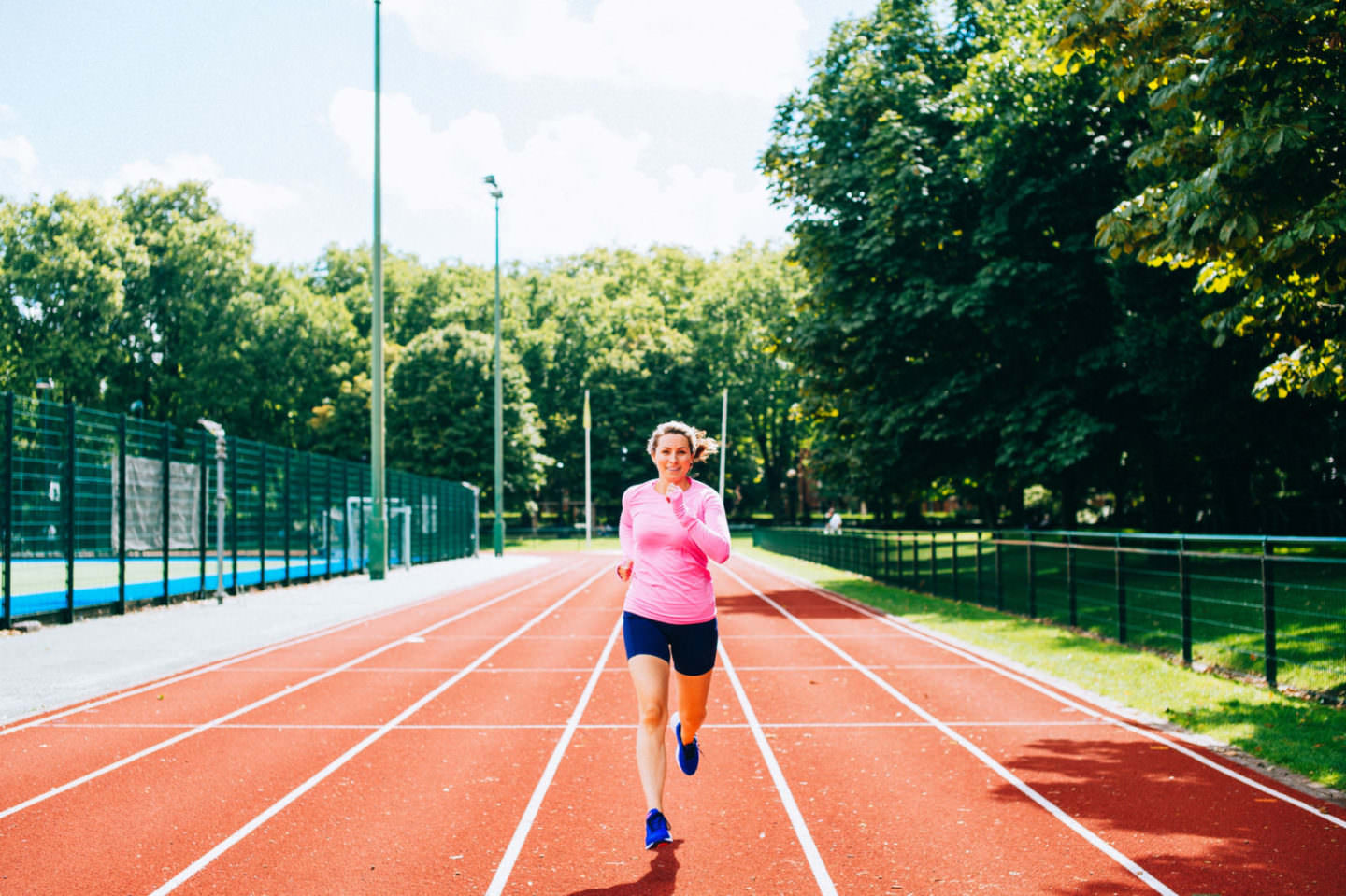 Garment technology experts suggest looking after your kit to help it last long stink free. Apparently we should be rinsing our workout kit in water as soon as we take it off then pressing the excess water off (erm, who has time to do that?). We should also be washing our kit within a week (guilty of not doing this every time). It’s also best to hang your kit out to dry when you get back from the gym or a run, rather than tossing it straight into the laundry basket. Then making sure it’s properly dry once you’ve washed it before returning it to your drawers.

But does this mean you don’t have to shower after your workout?

No. You still need to wash off the bacteria to prevent people moving away from you at work/the bus.  Not to mention salt crust that will develop if you don’t wash the sweat off (trust me, after a marathon this is abundantly obvious). Oh and the possibility of a fungal infection…

If you can’t full on shower, then washing yourself with soap & water with a towel or the ‘baby wipe’ shower may have to do. 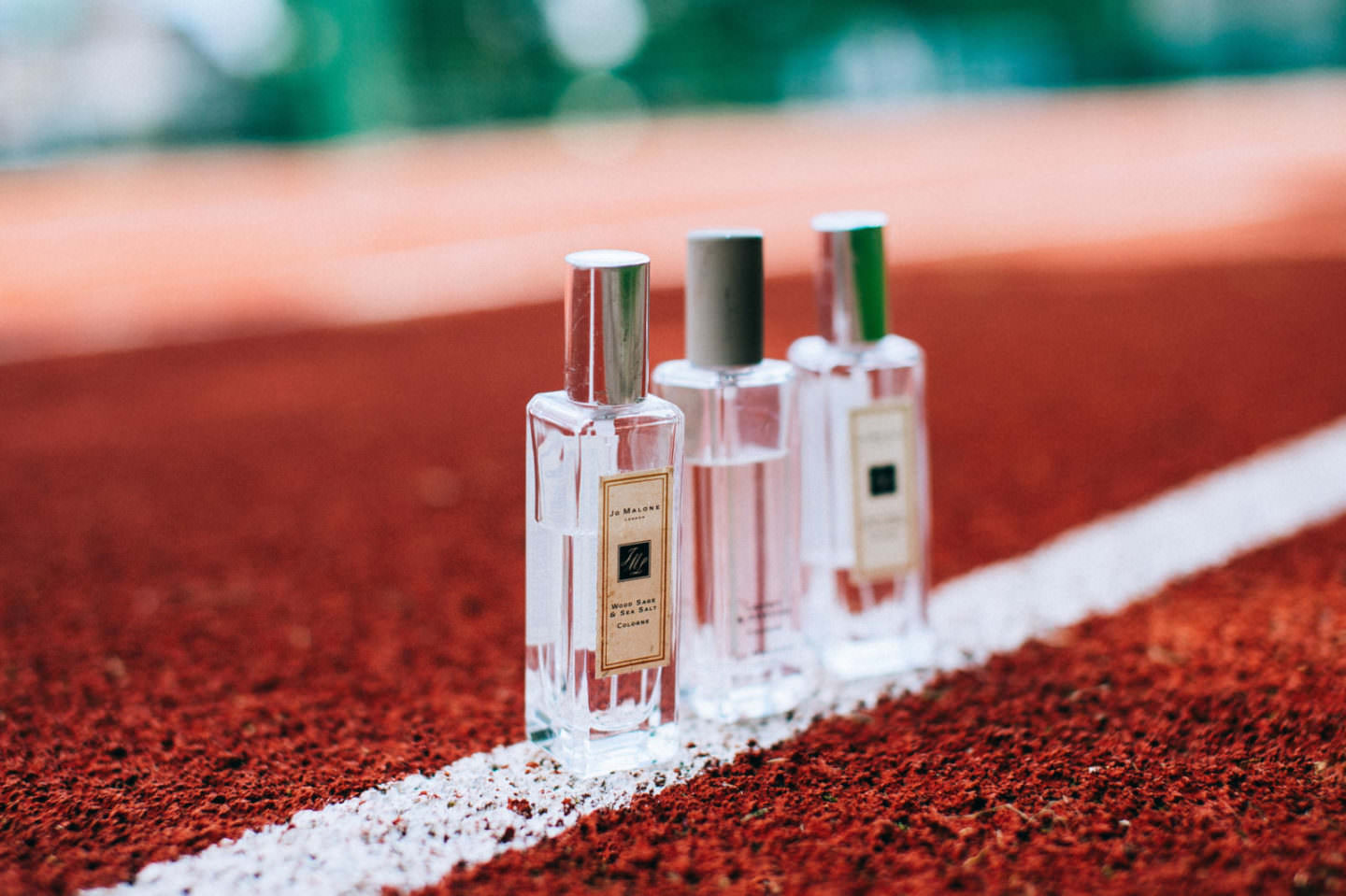 Since we’re talking about anti-stink, pretty much the only perfume I wear nowadays is Jo Malone. These little mini perfumes are perfect for gym bags, handbags and travelling. I’m more of a fan of the musky flavours than floral. Personal faves are Wood Sage & Sea Salt (my wedding day scent), Earl Grey and Cucumber, and Black Cedarwood and Juniper.

For the days when I don’t have time to have a full on shower (and even on the days I do) I liberally spray myself with a JM scent, plenty of deodorant and dry shampoo…and I’m good to go (ish).

This post isn’t sponsored by either Lululemon or Jo Malone, I just seriously love both brands and spend a lot of money at each store :)!