As you will already know if you’ve read my New York Marathon Training Week 3 recap, on Saturday I ran the Women’s Running 10K in Regent’s Park as part of team Write this Run. You will also know that I ran the 9 miles from home to Regent’s Park before the race!

I was offered a place on Team Write this Run in exchange for blogging about my training on the Women’s Running Magazine website, alongside Laura, Becca, Mercy, Laura, Becs and Gill. Not a bad bunch of team mates- we also had the awesome Liz and Carys cheering for us from the sidelines.

I left the house about 7.45 after an early pb and toast breakfast and large glass of Nuun. I’d attached my race number and timing chip before leaving the house, so all I had to worry about was getting to the start line before the gun went off at 10am! My plan was to start running towards Finsbury Park, and to jump on the bus once I hit 8/9 miles. I plugged myself into a Jillian Michaels podcast and started running on ‘feel’ rather than garmin time. 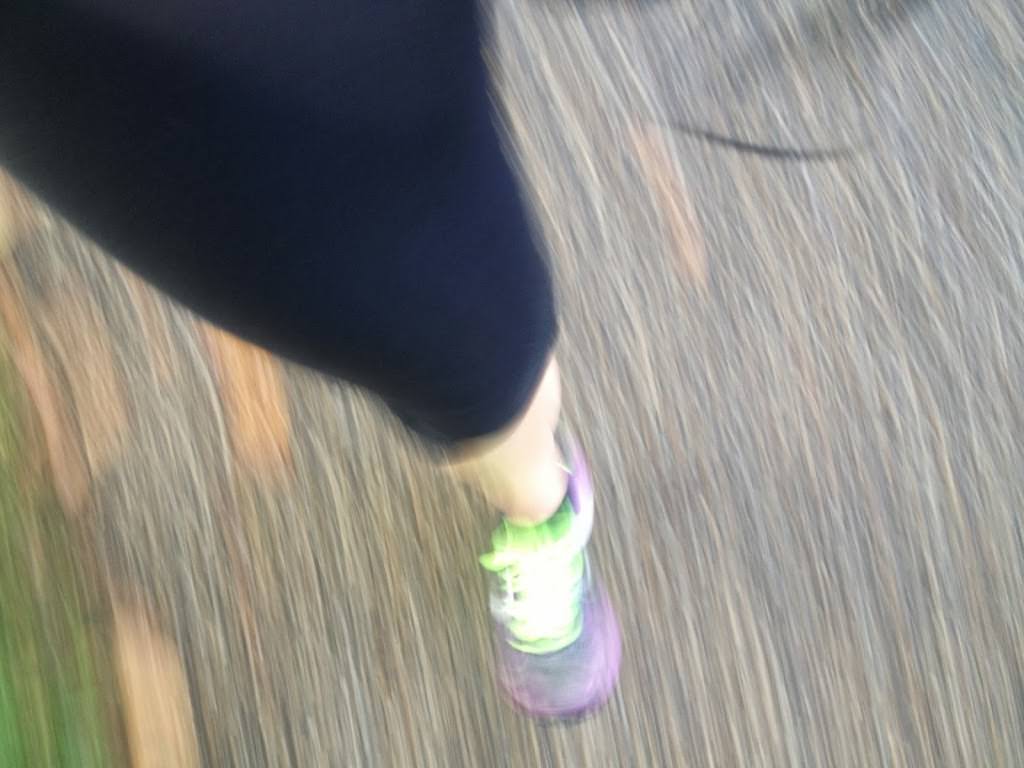 I relaxed into the run and tried to zone out as I ran through West London. Heading North wasn’t the most scenic of routes especially in the drizzling rain! I was running with my Nathan Sports water rucksack so I had small sips throughout the run, which kept me hydrated. I also had half a Chocolate Raspberry Gu at the 6 mile point. The best part of the run so far was running through Regent’s Park. I definitely prefer running through parks and along the river rather than on roads whenever possible.

I hit the 9 mile point just as I got to Finsbury Park station, and about 20 mins before the race start. Plenty of time to queue for the loo (it seems there are never enough portaloos before women only races, so I ended up queueing for quite a while), and meet up with Liz and Laura for my pre-race interview. You can see the video here! I hate hearing my voice on camera!

I made my way to the start line to meet up with Laura and grab a pre-race snap. These speedy girls had positioned themselves at the 50min pacer (complete with Miley-esque foam finger) which was way too fast for me, especially after running 9 miles already! Once we started running, I quickly took myself off to one side to stick to my own pace. 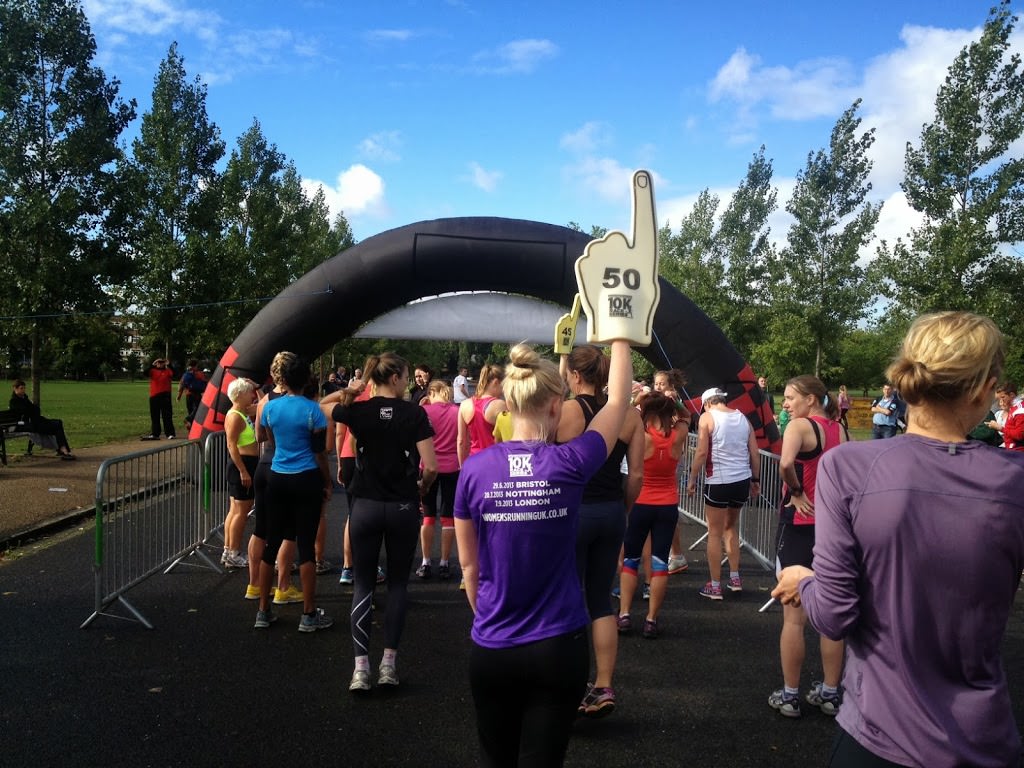 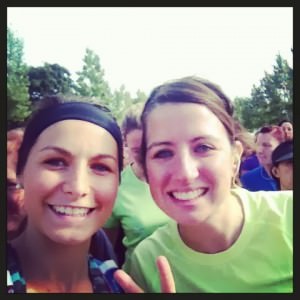 Mentally it really helped me splitting the 15 miles into a 9 miler and a 6 miler, and I felt surprisingly fresh at the start of the 10K. I got into my stride again and settled into 9.30min mile pace which I maintained for most of the run. 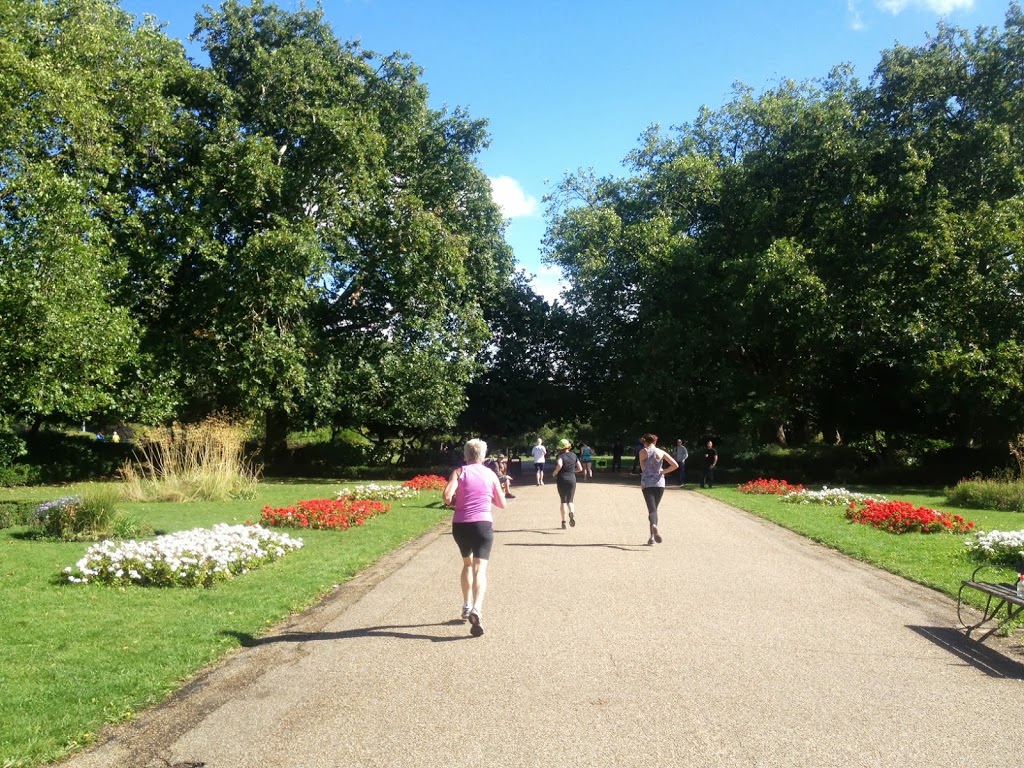 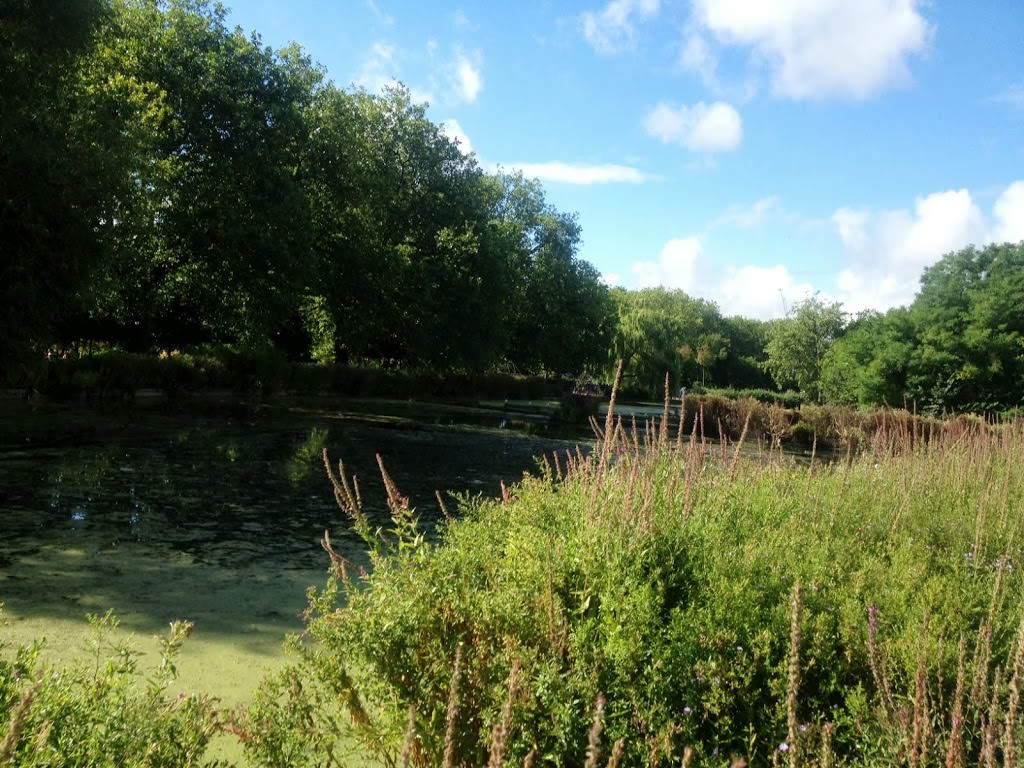 The race route took us around two laps of Finsbury Park, and was a little hilly. On tired legs even slight inclines felt like monster hills, but I pushed up them knowing that it was great practise for the final rolling hills of the New York Marathon. It was also awesome to run past people I knew on the course like Becca and Jess, oh and Nell McAndrew! 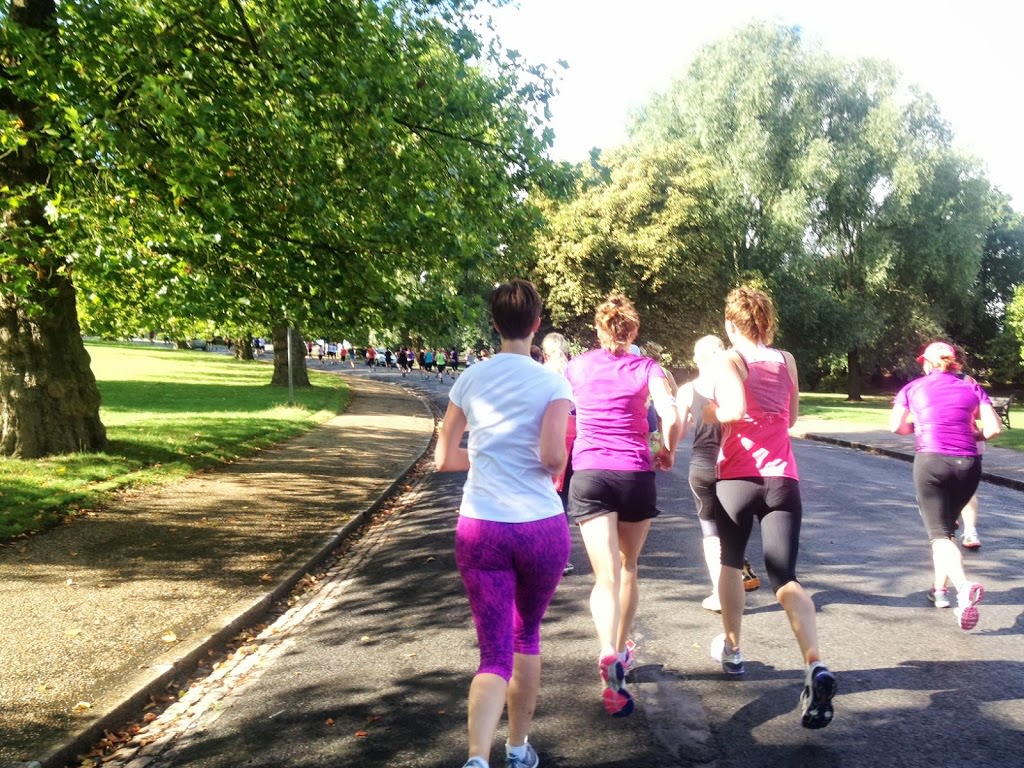 I switched my ipod to music rather than podcast to get me through the final six miles, enjoyed the park scenery and kept trucking along. It was great to see Liz along the course with signs saying ‘Your feet hurt cos you’re kicking so much ass’!

I cruised down to the finish line, past the speedy ladies that had already finished, crossing the line in 57.40. A great time for me considering I’d already run 9 miles. My current 10K PB is 53.39, and I’m confident that soon I’ll be able to run a sub 50! My super fast friend Becs finished third, and a number of the other girls finished with new PBs, and on a hilly course! 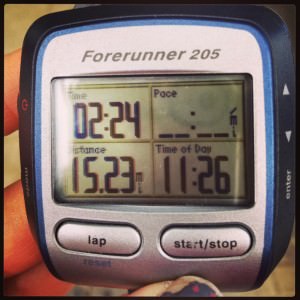 The event was brilliantly organised, with a water station about 2/3rds of the way round the lap (and in bottles, yay!), there were a number of spectators, including a very enthusiastic man near the top of the big hill, and plenty of marshalls. The medal was great as were the goody bags- with a free copy of the mag that I’m actually in (talking about Vic and why I started running, you can read about it here)

Sadly I couldn’t stick around after the race to indulge in Prosecco and cake like the other ladies, but I had to grab my medal and dash back to West London and onto Tom’s workplace to watch him take part in a synchronised flight! He did brilliantly! 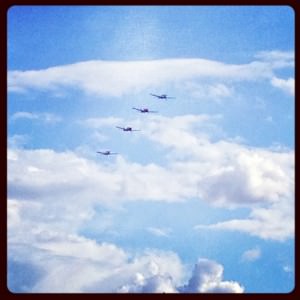