It is always hard to get up to run on a Sunday morning, especially when we have to go to work afterwards.
Last Sunday was particularly tough knowing that we had to run 13 miles, half our final distance and further than we had run before. 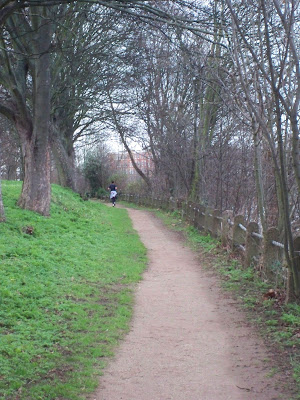 We bumped into my friend Joe who was also out running. He had run from Ealing and was collecting his car in Hammersmith, abandoned whilst watching a Six Nations game the previous night. 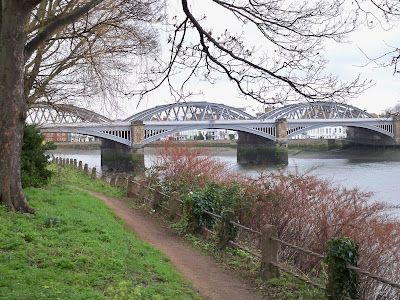 I take my camera on most of our long runs, however, as we normally run the same route each Sunday it is getting harder to take new and interesting shots! 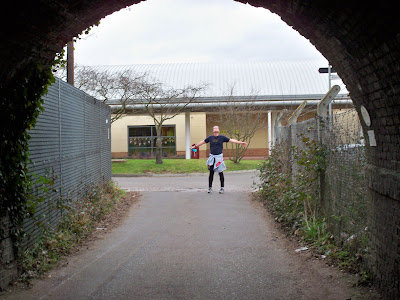 This is taken through the bridge by the club. Shortly after this photo was taken I had to nip into the sports club and ask to use their loo. Luckily they said yes. 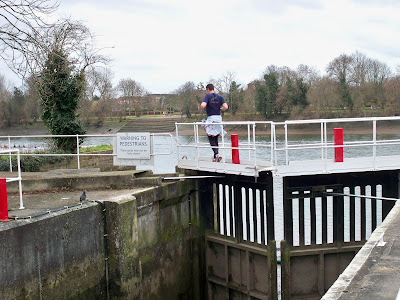 The section of our run that I dread the most is the part where we have to leave the tow path and run down residential roads, before cutting back onto the tow path and crossing the lock! Who would of though there would be one of these in Chiswick.
To cross the lock we have to run across a mental bridge that slots together in the middle. It rattles beneath you and shakes slightly. I always power walk across it as I am irrationally scared that I will fall off it if I run! 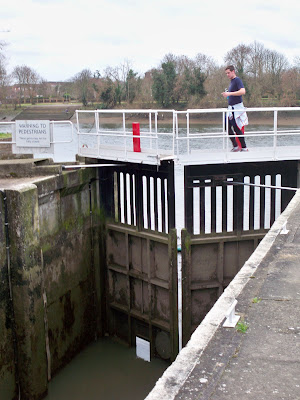 I was so sore by the end of the run. My lower back was beginning to really hurt, something I hadn’t experienced whilst running before, and I think was due to changing my running style to alleviate pressure on my knees. It was really worrying how exhausted we were after our run, knowing that this was only half of what we will have to endure on day!